Accessibility links
Trump In Oval Office As Doctor Says His Vitals Are Stable : Live Updates: Trump Tests Positive For Coronavirus President Trump's doctor said Wednesday that Trump has been fever-free for more than four days and without symptoms for 24 hours. 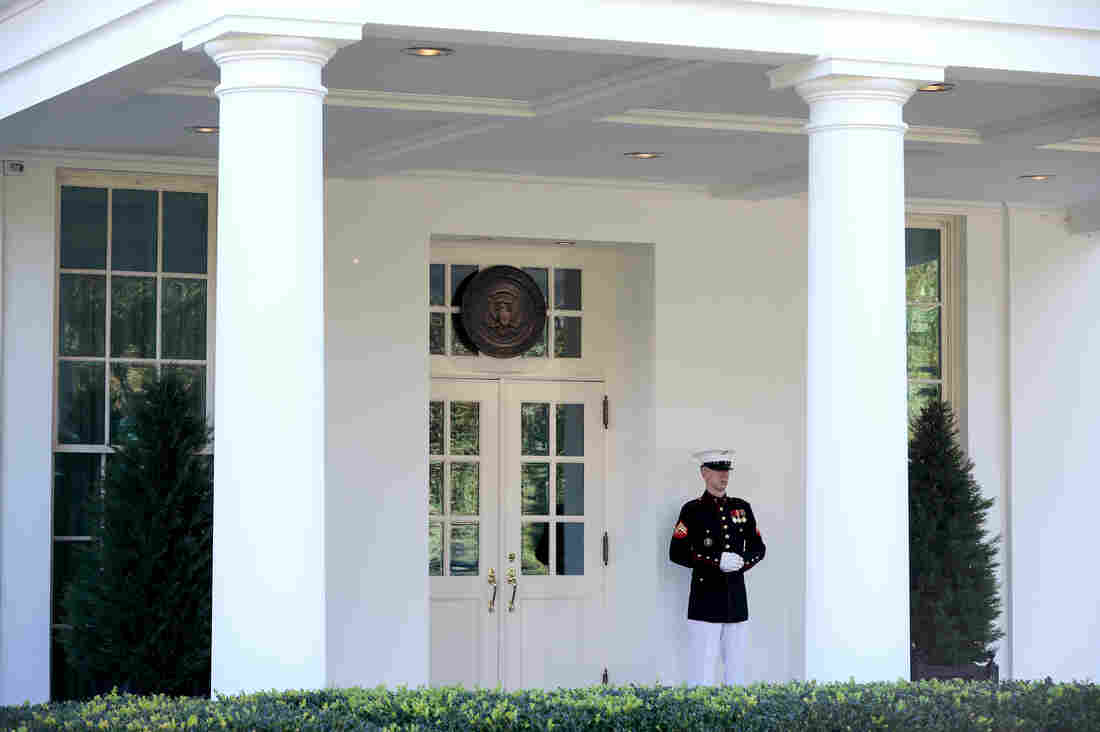 A U.S. Marine stands watch Wednesday outside the doors of the White House West Wing. According to the White House, President Trump was in the Oval Office on Wednesday afternoon, even as he continues to be monitored for COVID-19. Chip Somodevilla/Getty Images hide caption 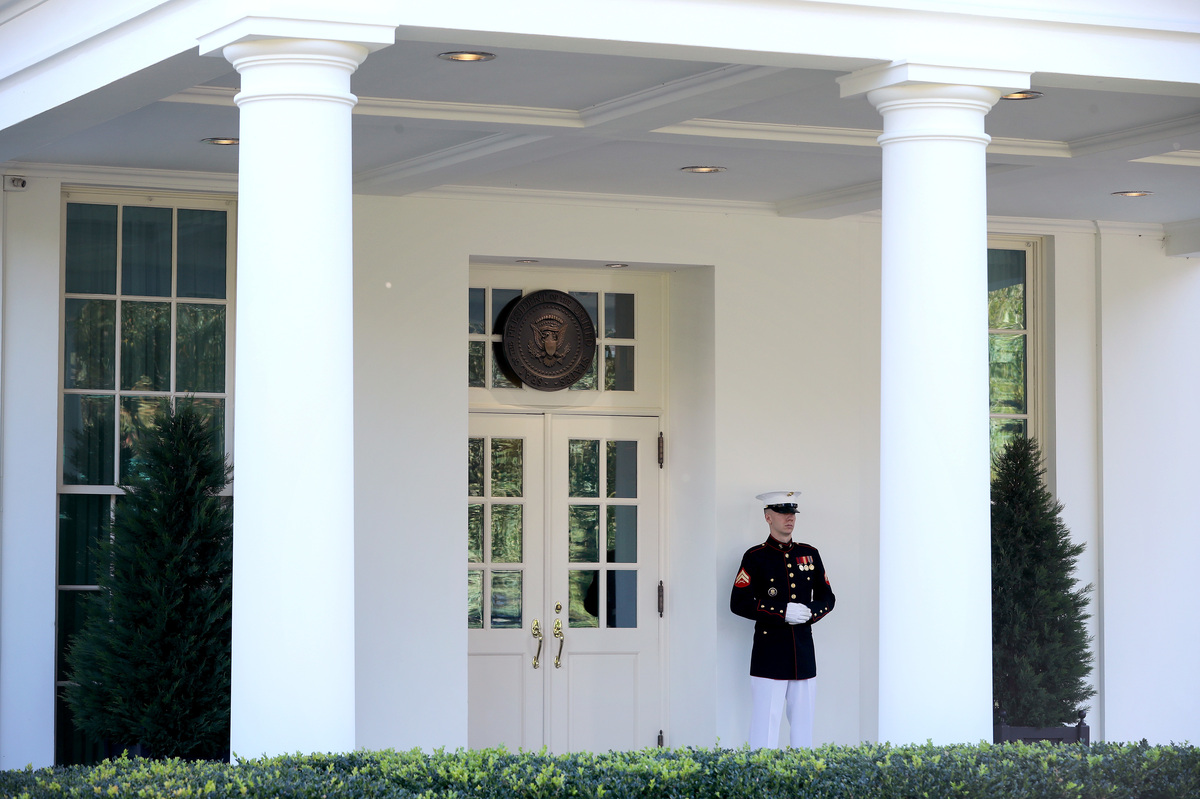 A U.S. Marine stands watch Wednesday outside the doors of the White House West Wing. According to the White House, President Trump was in the Oval Office on Wednesday afternoon, even as he continues to be monitored for COVID-19.

President Trump returned to the Oval Office on Wednesday for the first time since he was hospitalized last week, the White House confirmed.

It is unclear exactly what preventive measures are being taken to prevent further spread of the virus in the White House complex. Already more than a dozen close aides and associates of the president have tested positive for the coronavirus.

White House official Ben Williamson said on Twitter that the administration was taking steps to ensure it was safe for Trump to work out of the Oval Office instead of the residence.

Trump was briefed on the economic relief negotiations and Hurricane Delta, according to White House spokesman Brian Morgenstern.

Trump tweeted that he's talked to the governors of Texas and Louisiana about preparations for the hurricane.

Not 'Out Of The Woods Yet': Trump's Health Remains At Risk, Doctors Say

Since Trump announced that he tested positive for the coronavirus late last week, the White House has tried to make the case that the president is still on the job. They released pictures of him signing papers and on the phone while he was at Walter Reed National Military Medical Center in Bethesda, Md.

Trump's physician, Sean Conley, released a memo Wednesday saying that the president has been fever-free for more than four days and that his vital signs remain stable and in a normal range. Conley also said that Trump has been symptom-free for more than 24 hours.

Trump has needed supplemental oxygen on at least two occasions since he tested positive for the virus. But Conley said Trump has not needed any oxygen since his initial hospitalization.

Conley's memo also said it was "of note" that the president's labs on Monday detected antibodies not detected Thursday night. But Trump received an antibody treatment on Friday. The maker of that treatment, Regeneron, said in a statement that it is "likely" the test is detecting antibodies from the therapy rather than "self-made" antibodies. In other words, the results are not necessarily an indication of whether or not the president has developed immunity in a way that would clear the infection.

The White House has provided only short written updates from Trump's doctor over the past two days; the medical team held briefings from Walter Reed over the weekend. Conley has not provided information on the state of Trump's lungs or the last time he tested negative for the coronavirus and other relevant details about the president's care.