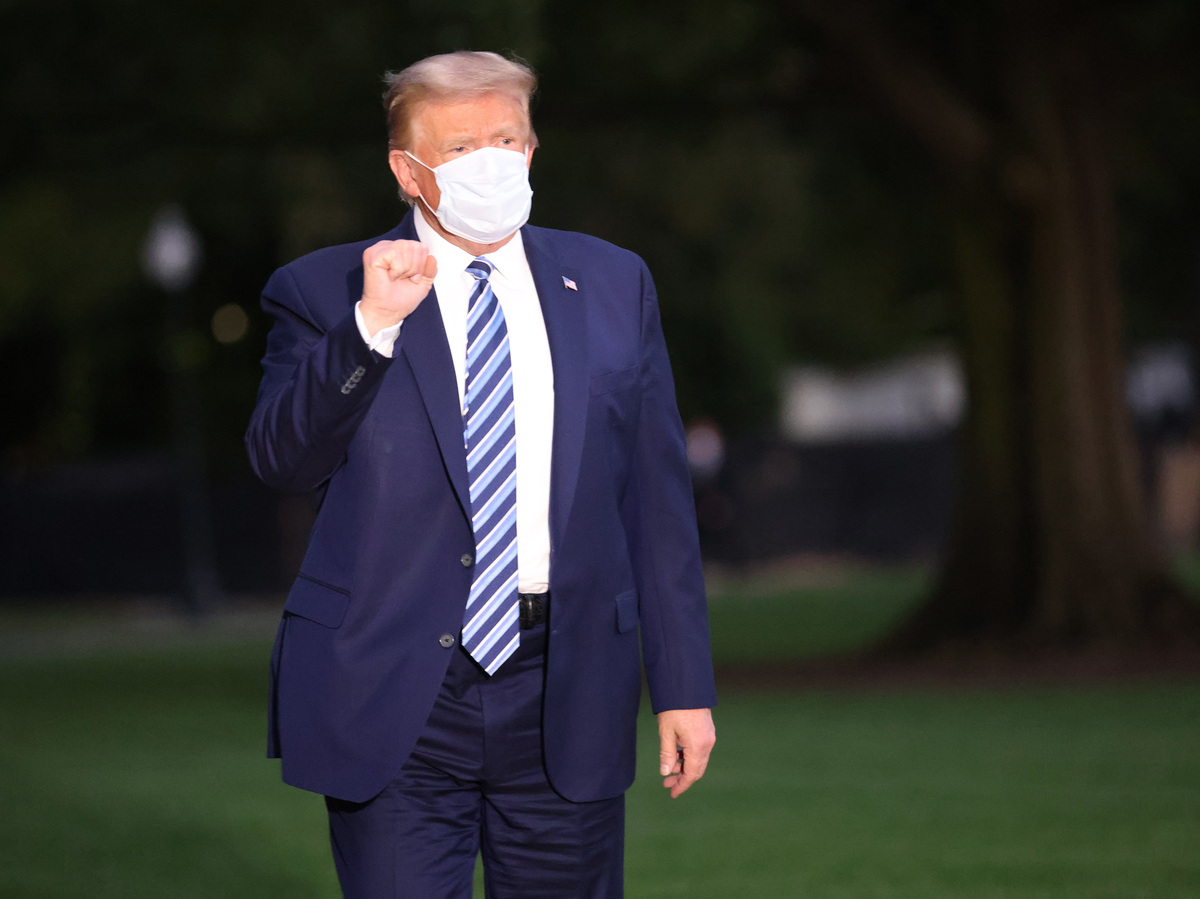 White House physician Sean Conley said in a memo Thursday that "I fully anticipate the president's safe return to public engagements" on Saturday, based on the date he tested positive for the coronavirus and his response to treatment.

Conley did not provide any information about whether Trump has or will be tested for the virus. He said Trump's physical example "has remained stable and devoid of any indications to suggest progression of illness."

Conley's estimation of Trump's return to the public is a bit sooner than what the doctor had suggested on Monday.

"So we're looking to this weekend, if we can get through to Monday with him remaining the same or improving better yet, then we will all take that final deep sigh of relief," Conley said at the time.

In the Thursday memo, Conley said Trump has responded "extremely well to treatment" and said there is no sign of "adverse therapeutic effects."

"Today the President has completed his course of therapy for COVID-19 as prescribed by his team of physicians," Conley said.

"Saturday will be day 10 since Thursday's diagnosis, and based on the trajectory of advanced diagnostics the team has been conducting, I fully anticipate the President's safe return to public engagements at that time."

The memo comes as Trump and his campaign fight with the Commission on Presidential Debates, which decided to make the next debate – scheduled for Oct. 15 in Miami – virtual for safety reasons. Trump said he was not interested in that idea.

Trump's illness, and the virus's rapid spread through some of the top Republican circles in Washington, led to increased scrutiny on the administration's response to the coronavirus that has already claimed the lives of more than 200,000 Americans.

The president has repeatedly downplayed the risk of the coronavirus and contradicted public health officials on the importance of social distancing and wearing masks.

Still, despite having been "very sick" with the virus early on, Trump on Wednesday said he felt it was a "blessing from God" that he had contracted the illness. He touted antibody-based drug REGN-COV2, made by the biotech company Regeneron, for having "cured" him.

As of this week, nearly two dozen close contacts to the White House, including the president and first lady Melania Trump, had publicly tested positive for the virus.