Accessibility links
Trump To Speak At White House Saturday, 1st Public Event Since COVID-19 Diagnosis : Live Updates: Trump Tests Positive For Coronavirus The White House said Friday it would give an update when the president tests negative and is cleared by his medical team. His doctor said Thursday he expected Trump would be good to go by the weekend. 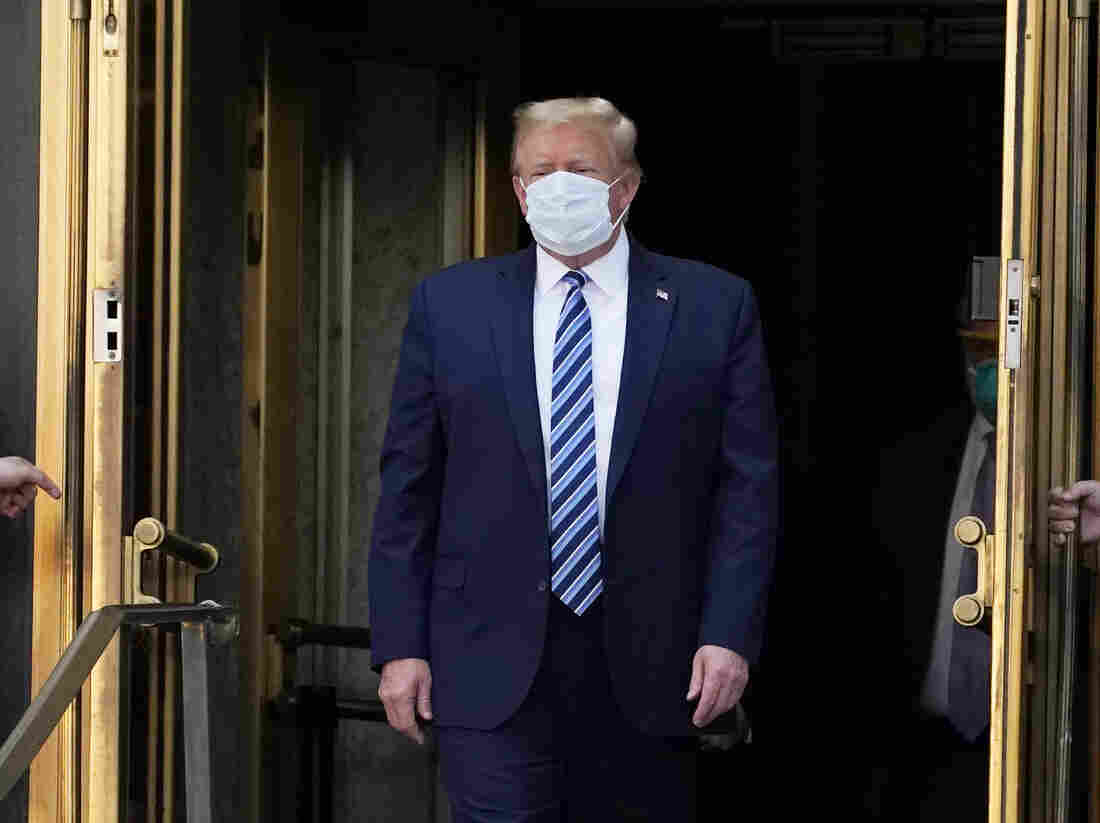 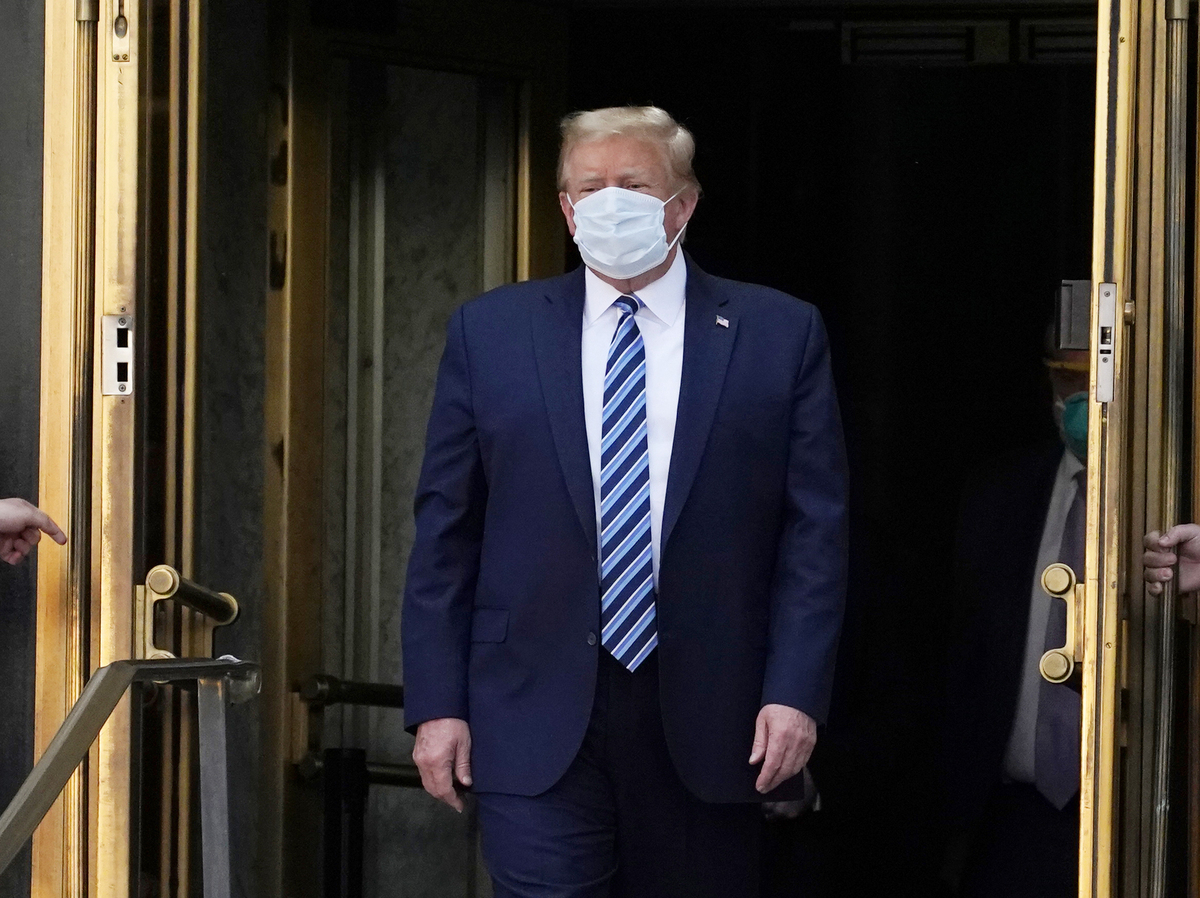 President Trump plans to deliver remarks on Saturday at an outdoor event, his first public event since being hospitalized for the coronavirus, a White House official confirmed to NPR's Tamara Keith. The official was not authorized to speak publicly about the plans.

The event, first reported by ABC News, is expected to take place on the South Lawn of the White House.

Earlier, White House spokeswoman Alyssa Farah had said the White House would give an update when Trump tests negative for the virus and is cleared by his medical team.

Speaking to Fox News on Friday in a pre-recorded, televised interview, Trump said he felt "really, really strong" in his recovery after bouts of weakness following his initial diagnosis.

Trump's doctor said Thursday that he expected Trump would be ready to resume public activities on Saturday.

When asked on Fox about his most recent testing for the virus, Trump said: "I have been retested, and I haven't even found out numbers or anything yet. And I know I'm at the bottom of the scale or free."

Trump added that he would be tested again "probably tomorrow," but he did not say definitively that he had tested negative for the virus. And White House physician Sean Conley has not issued any updates on Trump's conditions since late Thursday.

The news last week that the president had contracted the coronavirus threw into chaos an already tumultuous election year.

Questions about the president's health and Republicans' ability to fast-track Trump's nominee to the Supreme Court, Amy Coney Barrett, remain, even as Trump has assured the American public of his full recovery and Senate GOP lawmakers push to begin hearing proceedings for Barrett's confirmation.

Late Friday afternoon, the Trump campaign announced the president would deliver remarks at the Orlando Sanford International Airport in Florida on Monday at 7 p.m. ET.

This will be the first time Trump has traveled since an Oct. 1 fundraiser, after which he tested positive for the coronavirus.