Accessibility links
Trump's Doctor Says There's No 'Actively Replicating Virus' — So Is He COVID-19-Free? : Live Updates: Trump Tests Positive For Coronavirus Doctors say people who have had COVID-19 can test positive but no longer be contagious. Trump's doctor said Trump is "no longer a transmission risk to others" but did not say if Trump tested negative. 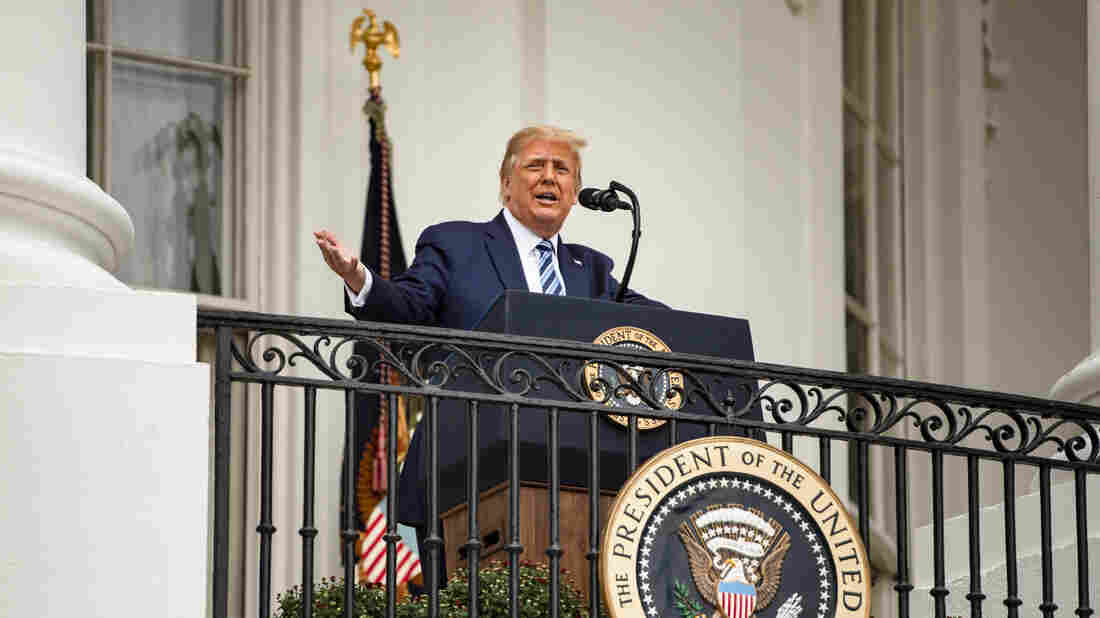 President Trump addressed a rally on Saturday, nine days after he tested positive for the coronavirus. Several health experts told NPR that based on what Trump's doctors have said about Trump's coronavirus experience, he's likely no longer contagious. Samuel Corum/Getty Images hide caption 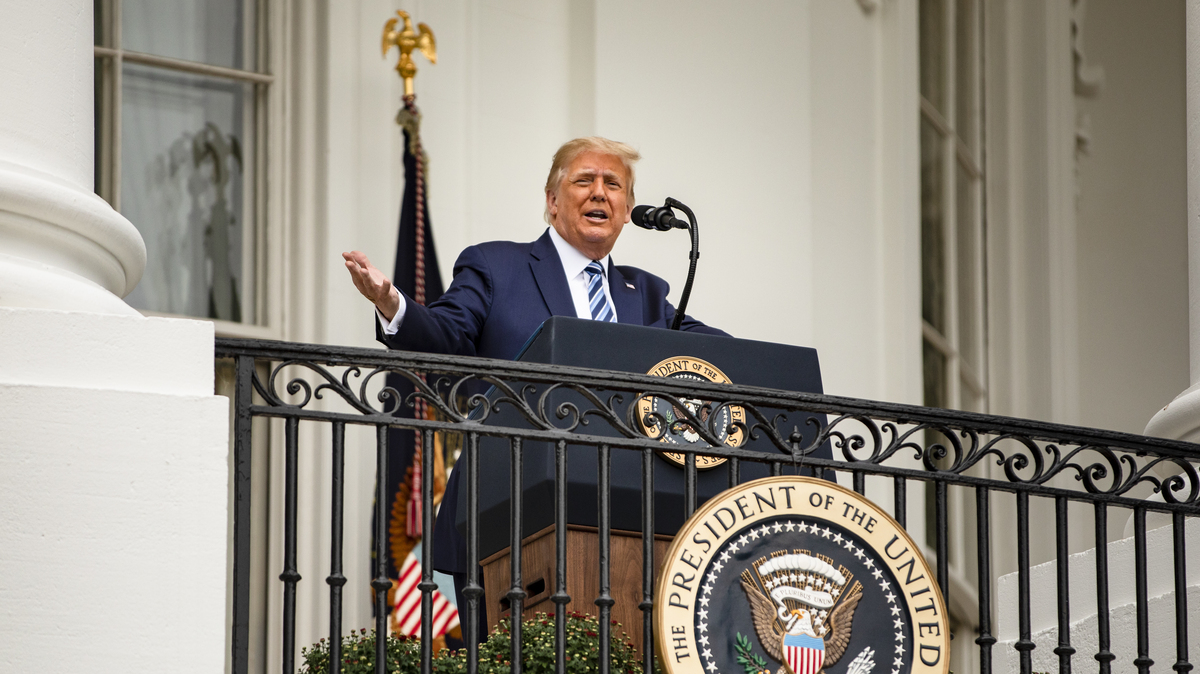 President Trump addressed a rally on Saturday, nine days after he tested positive for the coronavirus. Several health experts told NPR that based on what Trump's doctors have said about Trump's coronavirus experience, he's likely no longer contagious.

Ask an infectious disease doctor whether the president still has coronavirus, and you quickly realize that "having" the virus is a concept that exists more among laypeople than doctors.

"We try to avoid that question," says Dr. Amesh Adalja, senior scholar at the Johns Hopkins Center of Health Security. "It becomes much harder to explain to people, well why is the test positive when you're saying he's not contagious? It's because, that far out, it's not viable virus."

Dr. Sean Conley, the physician to the president, said Saturday that the president was "no longer a transmission risk to others," and that there was "no longer evidence of actively replicating virus." But in reporting on the letter, several media outlets noted that Conley didn't say the president had tested negative for COVID-19, raising concern among some experts.

So does the president have coronavirus or not?

"It's not surprising to me that people are having difficulty interpreting the letter," Adalja tells NPR. "It makes sense to me because I do this all this time."

Adalja, who has treated several dozen coronavirus patients, says he wouldn't characterize the president as still having coronavirus. "He's recovered from COVID-19," Adalja says. There may be "remnants of coronaviral debris" present, but "that does not correlate with, or confer, infectiousness or contagiousness to other people."

In fact, infectious disease doctors tell NPR, the Centers for Disease Control and Prevention no longer recommends using test results to determine whether it's safe for a patient to stop self-isolating.

Some level of positive test results can persist for many weeks following infection, even if a person can no longer transmit SARS-CoV-2, says Dr. Helen Boucher, chief of the infectious diseases department at Tufts Medical Center.

"This is the basis of the CDC's time-based removal from isolation," Boucher says. "Testing positive for viral particles does not imply infectiousness."

Studies show that a patient's contagious period spans from 1-2 days before onset of symptoms, until 7-8 days after. That's the basis of the CDC's recommendation that patients with mild cases self-isolate for 10 days after symptoms begin. For more serious cases, the CDC recommends up to 20 days of isolation.

Conley also indicated that Trump had been fever-free for "well over 24 hours," and all of his symptoms had "improved" — implying that Trump still does have some symptoms of the virus.

"That is not surprising because it sometimes takes weeks or even longer for all symptoms of COVID-19 to completely resolve," says Dr. Rajesh Gandhi, an infectious diseases physician at Massachusetts General Hospital and Harvard Medical School. "With each passing day, however, it becomes less likely that his symptoms will worsen."

Given Trump's improving test results, several doctors NPR consulted said Trump is likely out of the woods at this point. "I think he's pretty much in the clear," Adalja said. "We were worried more about that around day 6 or 7 of illness, and I think he's passed through that pretty well."

But not every doctor is so certain. "This note by Dr. Conley was really cryptic," says Dr. Ashish Jha, dean of Brown University's School of Public Health.

"I think the president is more or less coming out of that window where things could get worse, but we've definitely seen people 10, 12 days out after the infection getting quite sick," Jha told NPR's Lulu Garcia-Navarro on Weekend Edition. "And obviously, we hope that doesn't happen for the president. So we're not quite out of that window yet."

Experts agree that it's still important that Trump be monitored, especially since he previously required oxygen — an indication that Trump had more than just a mild case.

"I and my colleagues watch all of our COVID patients until they are fully better; this can take weeks to months," Boucher says. "It's important to remember that we're only 8-9 months in with this new disease and have much to learn."