'What A Mom Can Do': Sen. Ernst Focuses On Barrett's Gender In Hearing

'What A Mom Can Do': Sen. Ernst Focuses On Barrett's Gender In Hearing 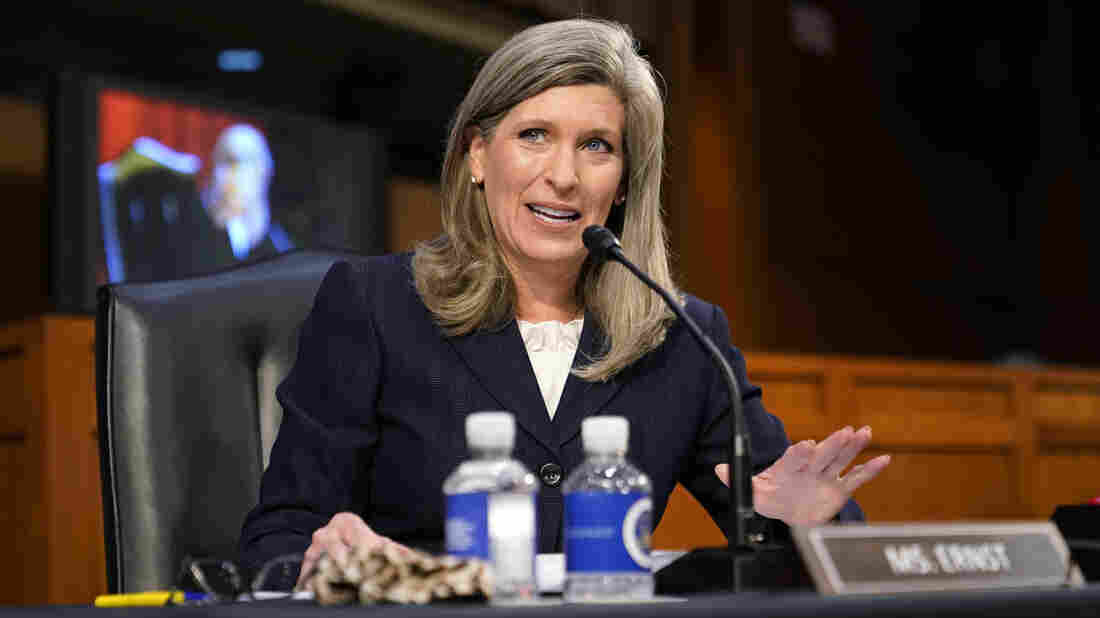 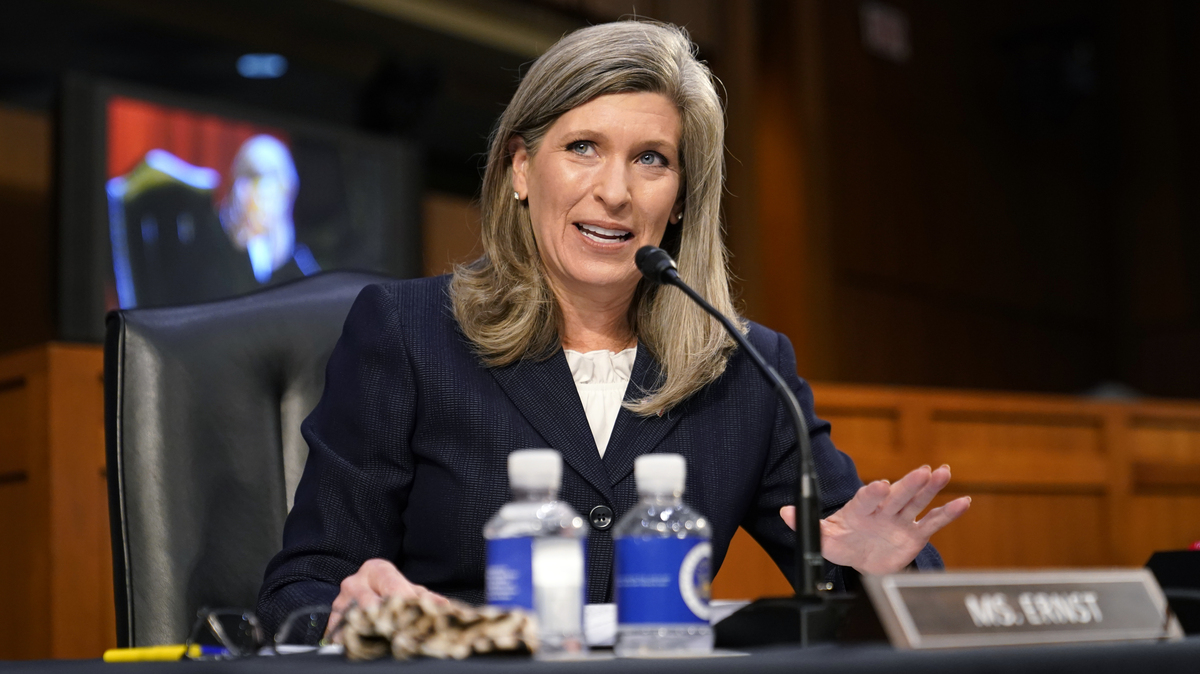 Iowa Republican Sen. Joni Ernst zeroed in on the issue of gender at Monday's confirmation hearing for Amy Coney Barrett. She used her opening statement to link herself to Barrett "as a fellow mom, a fellow Midwesterner" and accused Democrats of launching attacks on the judge's religious beliefs — even though Republicans were the only ones bringing up the issue at the hearing.

Ernst pointed out Monday that this was her first chance on the Judiciary Committee to be involved in a confirmation hearing for a Supreme Court nominee. She was one of two female GOP senators added to the panel in 2019 after a contentious confirmation process for Brett Kavanaugh in 2018 highlighted the then-all male lineup on the Republican side of the committee.

Ernst highlighted the opportunity to add another female justice to the high court, noting that just 100 years ago women received the right to vote.

But she quickly pivoted to try to paint Democrats as piling on — saying to Barrett that they were "attacking your faith and your precious family ... attacking you as a mom and a woman of faith."

Ernst and other Republican members of the panel have pointed to comments from the 2017 confirmation process for Barrett's current position on the 7th Circuit, when Sen. Dianne Feinstein, D-Calif., did pose questions that implied that Barrett's Catholic faith was a driving factor in her judicial rulings.

Democrats recognized that any discussions about religion would be controversial during these nationally televised hearings and have instead used the hearings to focus on Barrett's positions on the Affordable Care Act, and the possibility she would be a vote on the court to overturn it, and not on her religious views.

When asked during a break about the GOP comments and whether any Democrats on the panel planned to ask Barrett about her religion, Sen. Dick Durbin, D-Ill., said he "can't think of a single one" who would.

Still, Ernst referred to a "series of tactics to undermine, coerce and confuse the American people" by Democrats. She is one of four Republicans on the Senate Judiciary Committee who is up for reelection this year (Chairman Lindsey Graham, Sen. Thom Tillis of North Carolina and Sen. John Cornyn of Texas are the other three). In recent days, both the presidential race and the Senate race in Ernst's home state have tightened.

Tennessee Sen. Marsha Blackburn, the other GOP woman on the committee, also attacked Democrats on the committee, saying "their rhetoric is unsettling" and saying "you would think they would jump" to support a qualified nominee who is also a working mom.

Ernst noted proudly about Barrett's career: "This, folks, is what a mom can do."