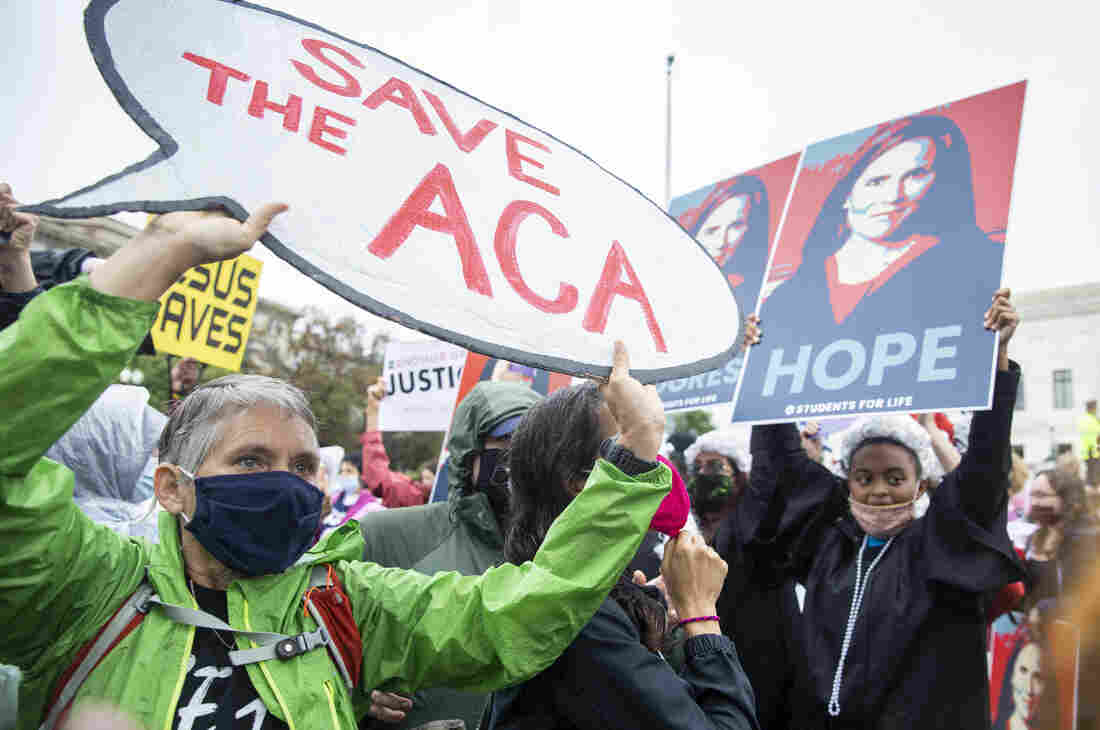 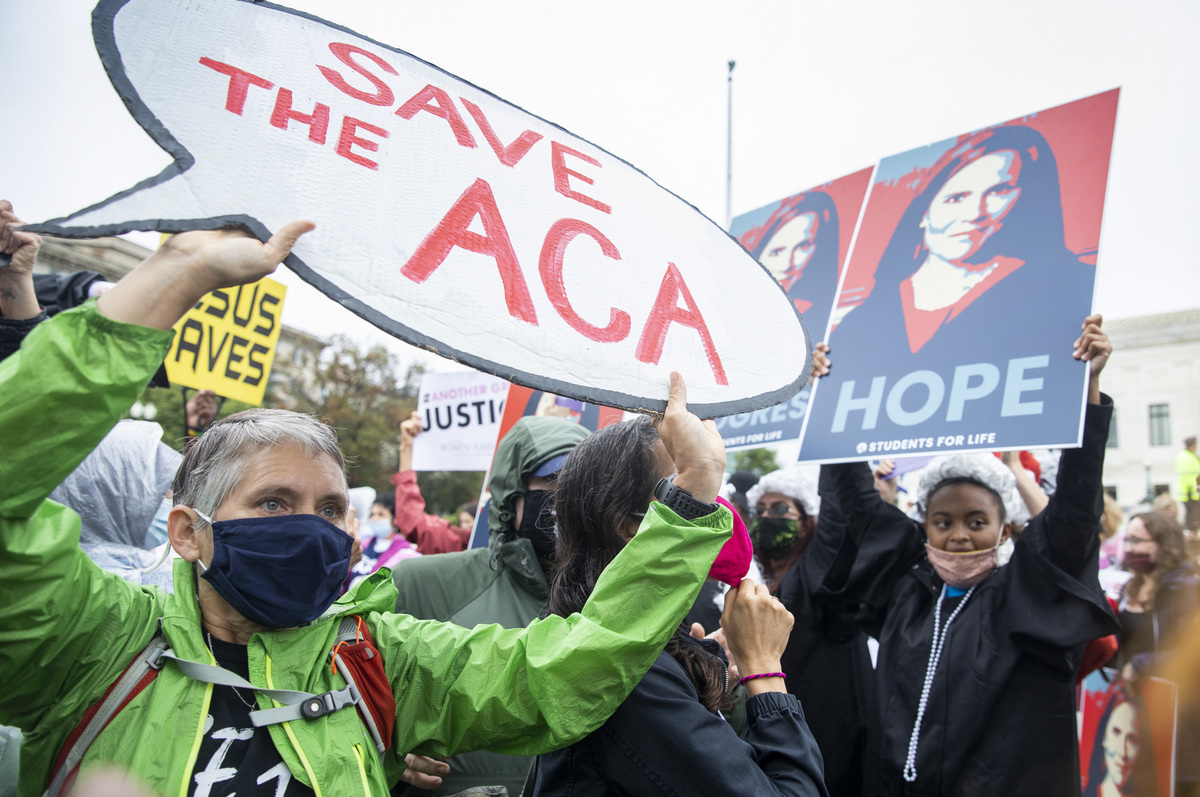 Demonstrators supporting and opposing Supreme Court nominee Amy Coney Barrett gathered on Capitol Hill Monday as her confirmation hearings began, with health — from the coronavirus, to the Affordable Care Act and abortion — as a major focus.

Opponents blasted the Senate Judiciary Committee for going forward with the hearings, pointing in particular to two Republican members of the panel who recently tested positive for the virus — one of whom, Sen. Mike Lee of Utah, attended in person. 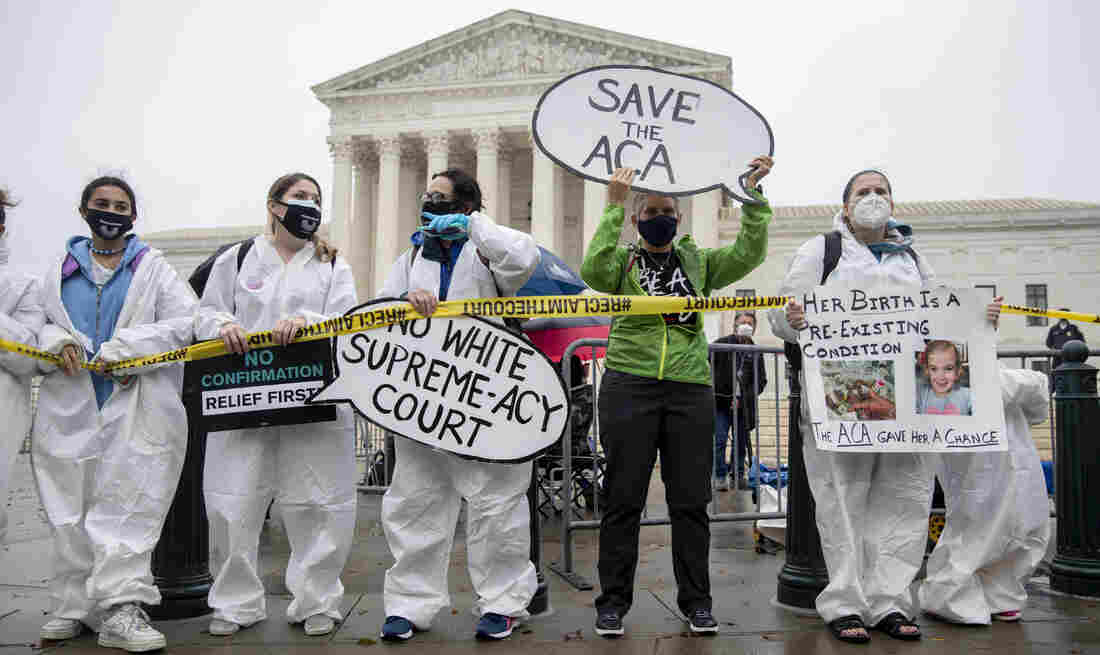 The full Senate is not in session, but Chairman Lindsey Graham, R-S.C., went ahead with the hearing. He and Republicans, who control the majority in the chamber, argue they're upholding their duty to fill the vacancy left by the death last month of Supreme Court Justice Ruth Bader Ginsburg.

Critics argue that not only inverts Republicans' onetime logic about an election year opening on the high court, but flouts common sense in view of the ongoing pandemic. Protesters wore white coveralls and masks, some with signs that read, "No COVID test, no hearing."

In addition to criticizing what they called unnecessary risk to committee members and Capitol Hill staff, Democrats tied Barrett's confirmation to health care more broadly, citing an upcoming Supreme Court case on the Affordable Care Act. They argued Barrett would support dismantling the law and put the health care of millions at risk during the pandemic. 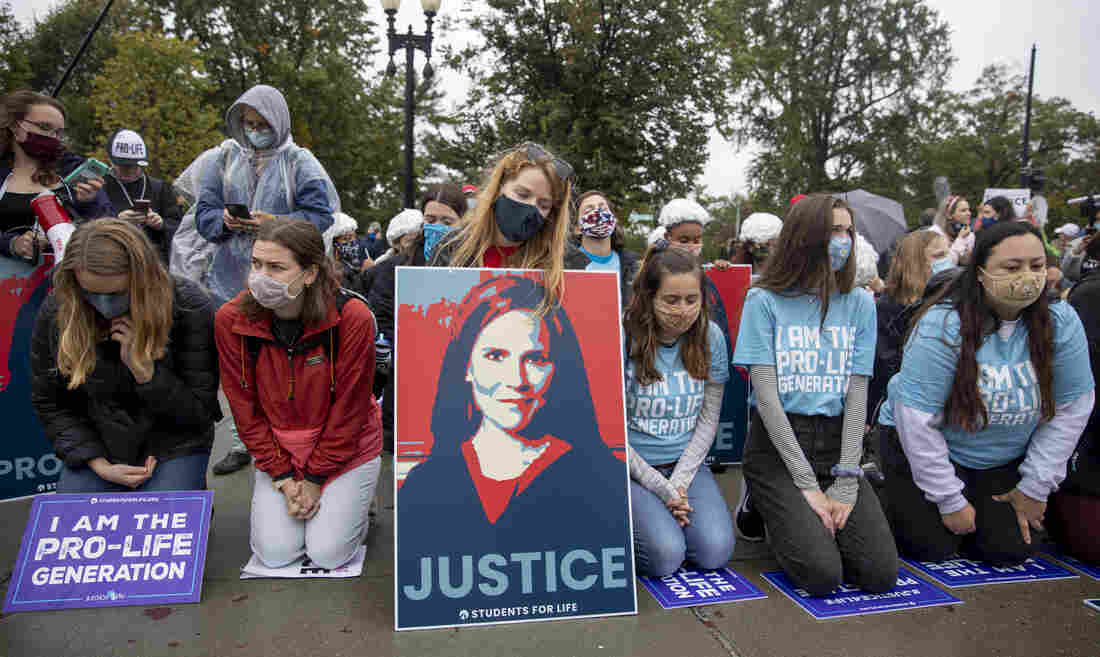 At one point in the morning, the groups had dueling chants of "Women for Amy" and "Let the people decide." 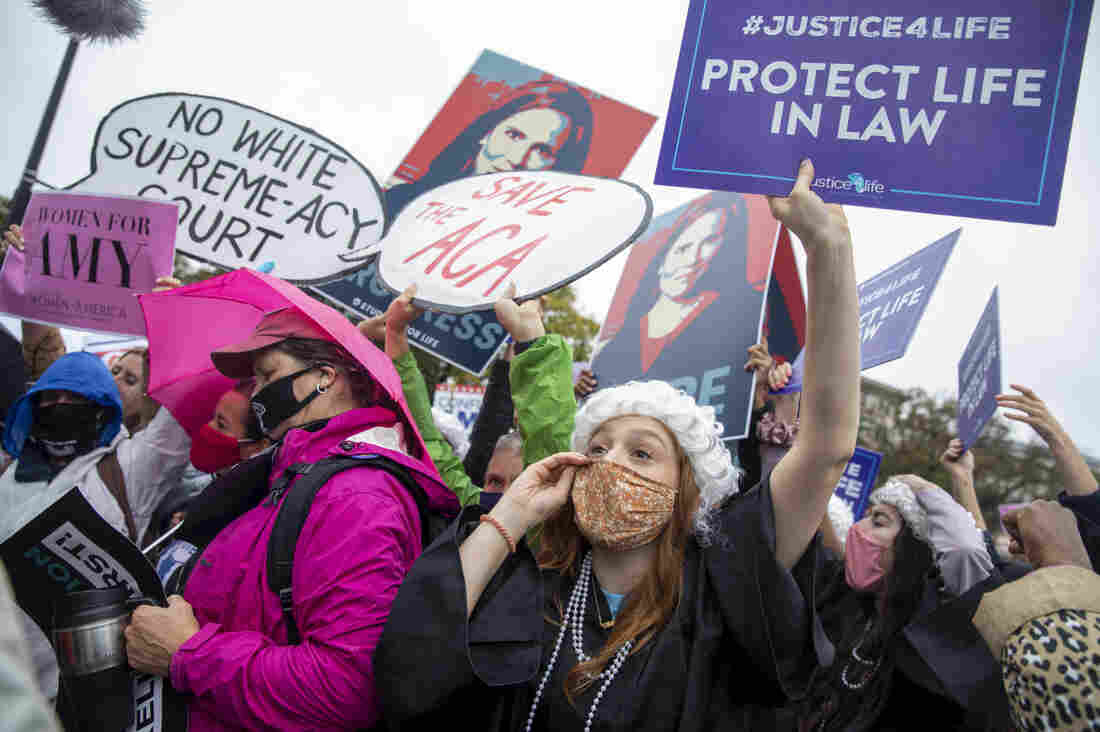 Health care has become a central focus in Amy Coney Barrett's confirmation hearings, with Democrats warning she could assist in dismantling the Affordable Care Act, while supporters of Barrett who oppose abortion rights want a strong conservative majority on the court. Tyrone Turner/WAMU hide caption

Although Republicans held up then-President Barack Obama's Supreme Court nominee in 2016, citing that year's election, they now argue that with Republican majorities in the Senate and the White House, the American people have endorsed their effort to fill a record number of judicial seats, including this one on the Supreme Court.

Democrats — including Democratic vice presidential nominee Kamala Harris, who is also on the Judiciary Committee — say whoever wins the election should fill the seat left vacant by Ginsburg's death.

Republicans' majority in the Senate likely means they have the votes to install Barrett on the high court after the conclusion of her nomination process.