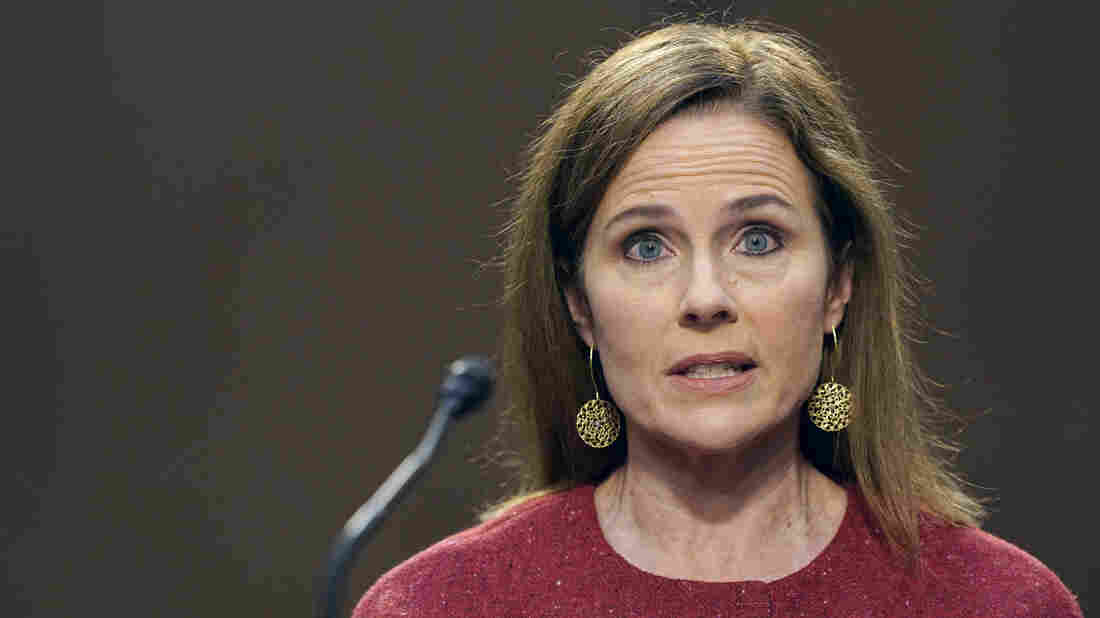 Supreme Court nominee Amy Coney Barrett was asked her views on interpreting the meaning of the Constitution in her second day of confirmation hearings. Susan Walsh/Pool/Getty Images hide caption 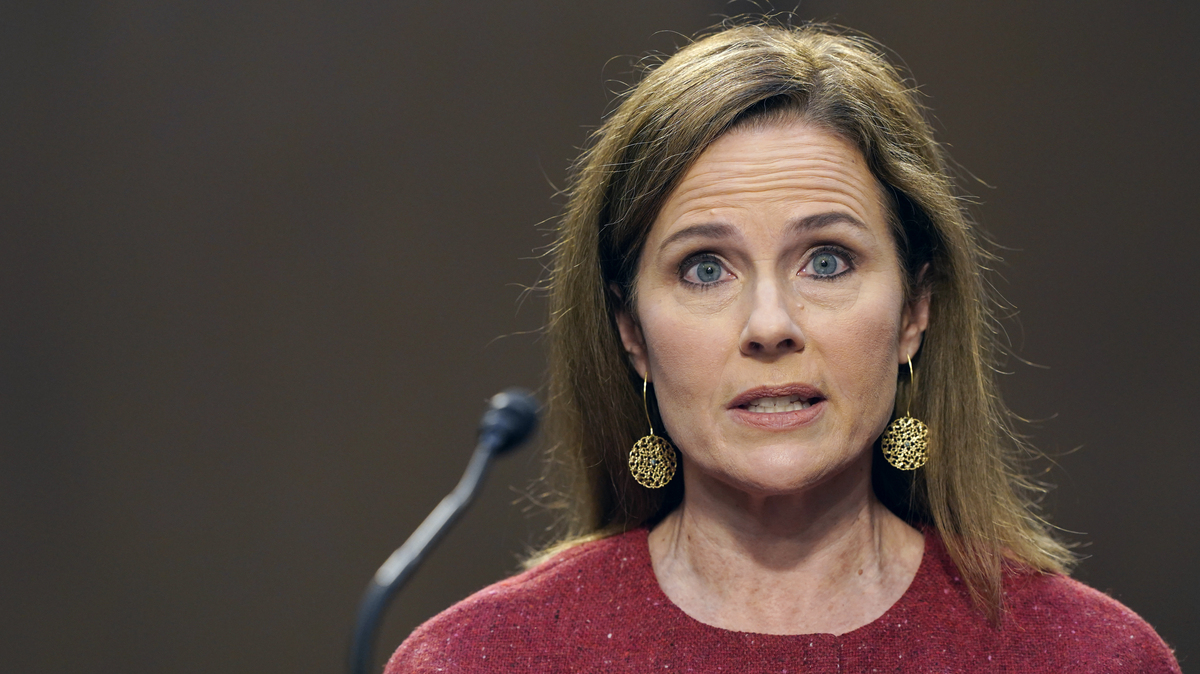 Supreme Court nominee Amy Coney Barrett was asked her views on interpreting the meaning of the Constitution in her second day of confirmation hearings.

In the very first question put to her in Day 2 of her Supreme Court confirmation hearings, Judge Amy Coney Barrett was asked to define, "in English," the meaning of the legal concept of originalism.

It was a bit of a softball coming from Judiciary Committee Chairman Sen. Lindsey Graham, R-S.C., and Barrett had no trouble knocking it out of the park.

"In English that means that I interpret the Constitution as a law," she said, "and that I interpret its text as text, and I understand it to have the meaning that it had at the time people ratified it. So that meaning doesn't change over time and it's not up to me to update it or infuse my own policy views into it."

If this were a ballgame, the conservative fans in the bleachers would have been on their feet, cheering.

It is the essence of what Barrett's mentor, the late Justice Antonin Scalia, believed.

Progressives, on the other hand, tend to view the Constitution as a living document that should be interpreted not necessarily as its drafters saw things in 1787 but in the current context of the times.

Barrett further defined textualism, or the way she would interpret laws, "similarly to what I just said about originalism. For textualism," she said, "the judge approaches the text as it was written, with the meaning it had at the time and doesn't infuse her own meaning into it."

She noted that originalists don't always agree, pointing out that Scalia and Justice Clarence Thomas, another originalist on the high court, had their differences.

"It's not a mechanical exercise," she said.