How Does It Feel To Be Nominated To The Supreme Court? Barrett: It's Complicated

How Does It Feel To Be Nominated To The Supreme Court? Barrett: It's Complicated 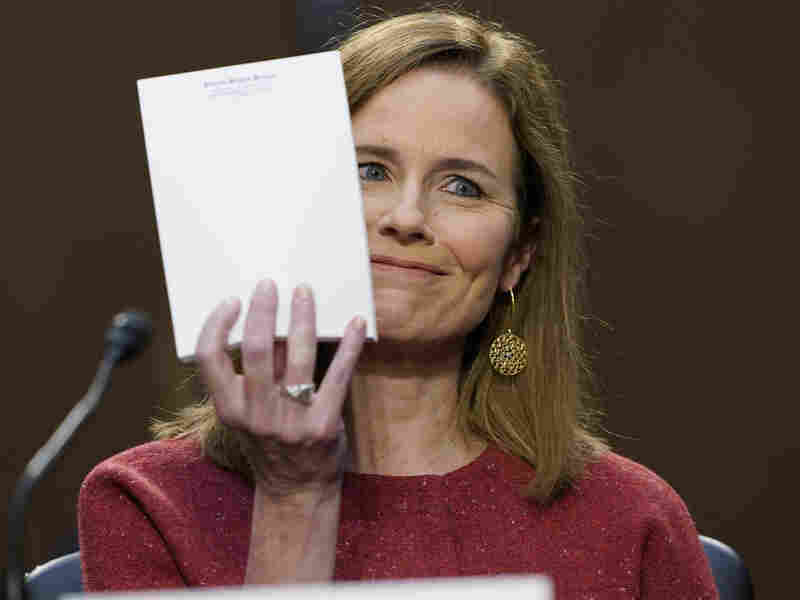 Supreme Court nominee Amy Coney Barrett responds to a question from Sen. John Cornyn, R-Texas, about the materials she used at her hearing on Tuesday: none. She displayed an unused Senate notepad. Susan Walsh/AP hide caption 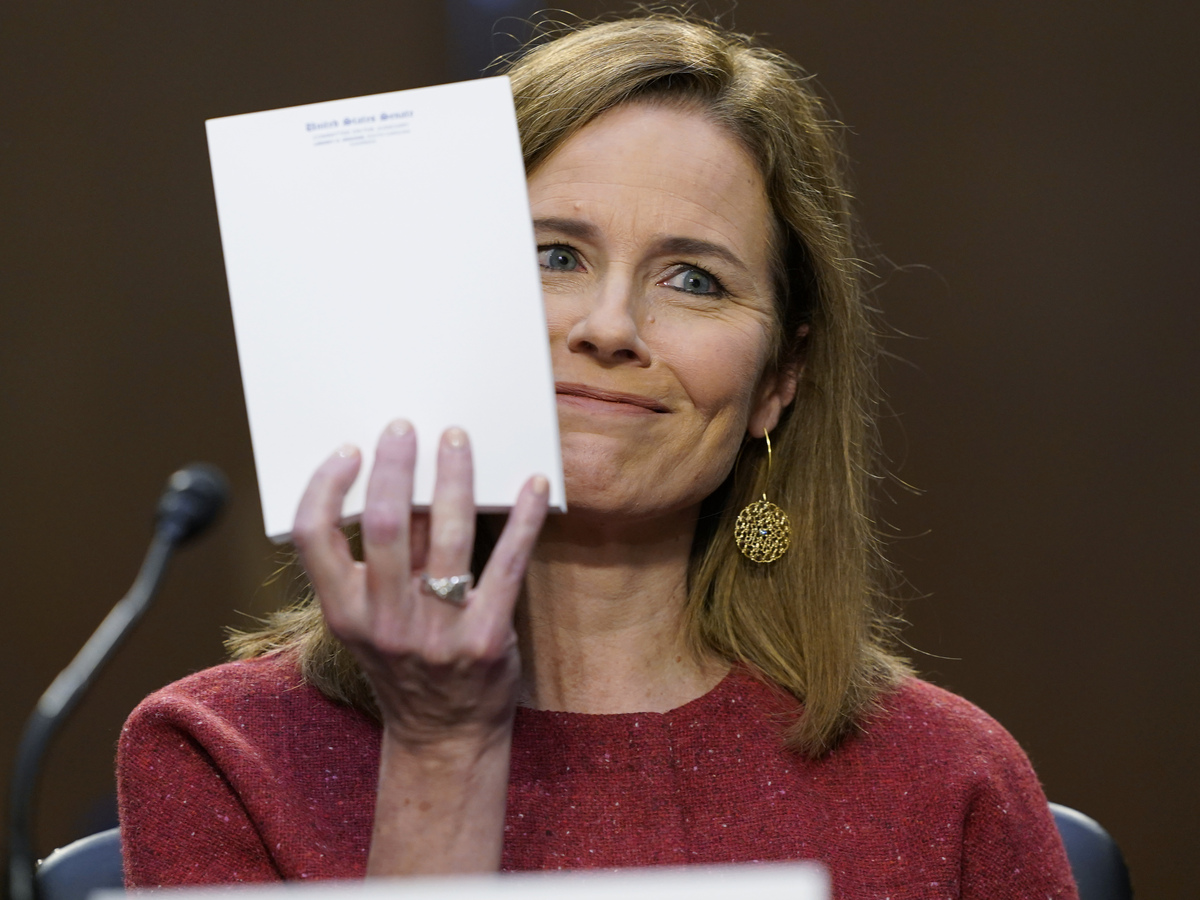 Supreme Court nominee Amy Coney Barrett responds to a question from Sen. John Cornyn, R-Texas, about the materials she used at her hearing on Tuesday: none. She displayed an unused Senate notepad.

Amy Coney Barrett acknowledged on Tuesday that accepting President Trump's nomination to the Supreme Court has brought public attention, scrutiny and criticism — but she also feels a strong call to serve the public.

Senate Judiciary Committee chairman Lindsey Graham, R-S.C., asked Barrett on the second day of her confirmation hearings how she felt about being in the position in which she now finds herself.

Barrett responded by outlining the "distinct choices" she has made in her personal life, including her decision to practice law while raising a large, multiracial family and the role of her Catholic faith in pursuing those goals. But she said she would never apply those beliefs in her professional life.

In other words, Barrett said her personal choices and religious views would not inform how she would apply the law if she is confirmed to serve on the high court.

"I have a life brimming with people who have made different choices, and I have never tried, in my personal life, to impose my choices on them. And the same is true professionally. I mean — I apply the law," she said.

Democrats and outside critics have focused on what Barrett's Catholic beliefs might mean for cases she handles on abortion. And press coverage has drawn attention to her membership in a religious order, People of Praise, which espouses conservative views on women's rights and other social issues.

Barrett recognized that she had a brief amount of time to accept Trump's nomination, saying the difficulty of undergoing the confirmation process is clear to Americans.

Even though she called the process "really difficult" and "excruciating," Barrett said she decided to accept because the benefit of undergoing the process was clear to her: to serve her country.

"The benefit, I think, is that I'm committed to the rule of law and the role of the Supreme Court in dispensing equal justice for all," she said. "I'm not the only person who can do this job, but I was asked, and it would be difficult for anyone. So why should I say someone else should do the difficulty? If the difficulty is the only reason to say no, I should serve my country."