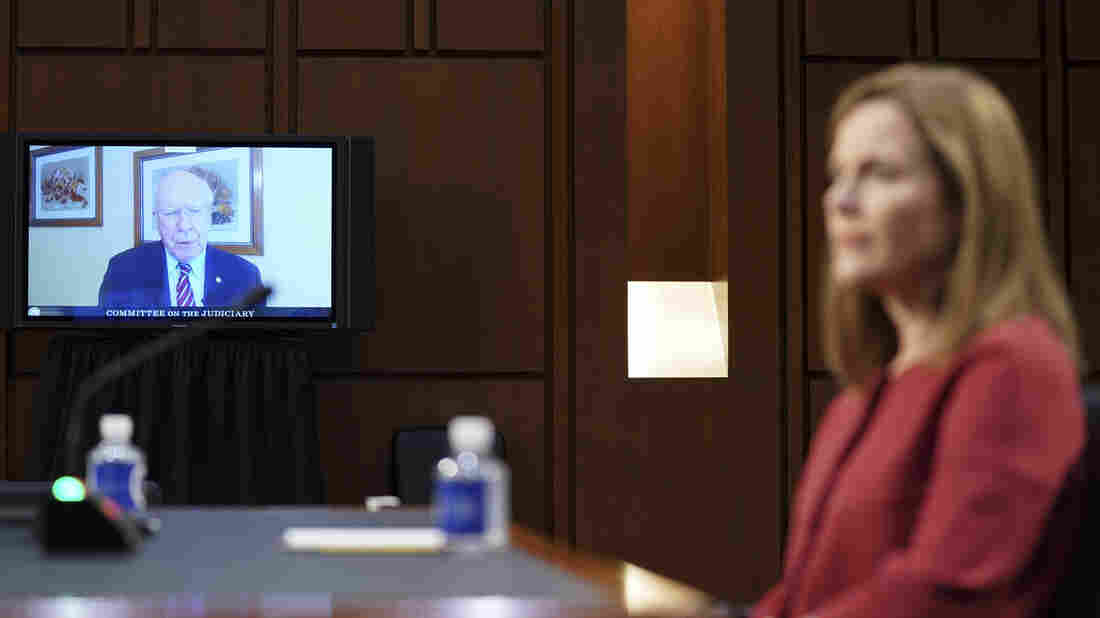 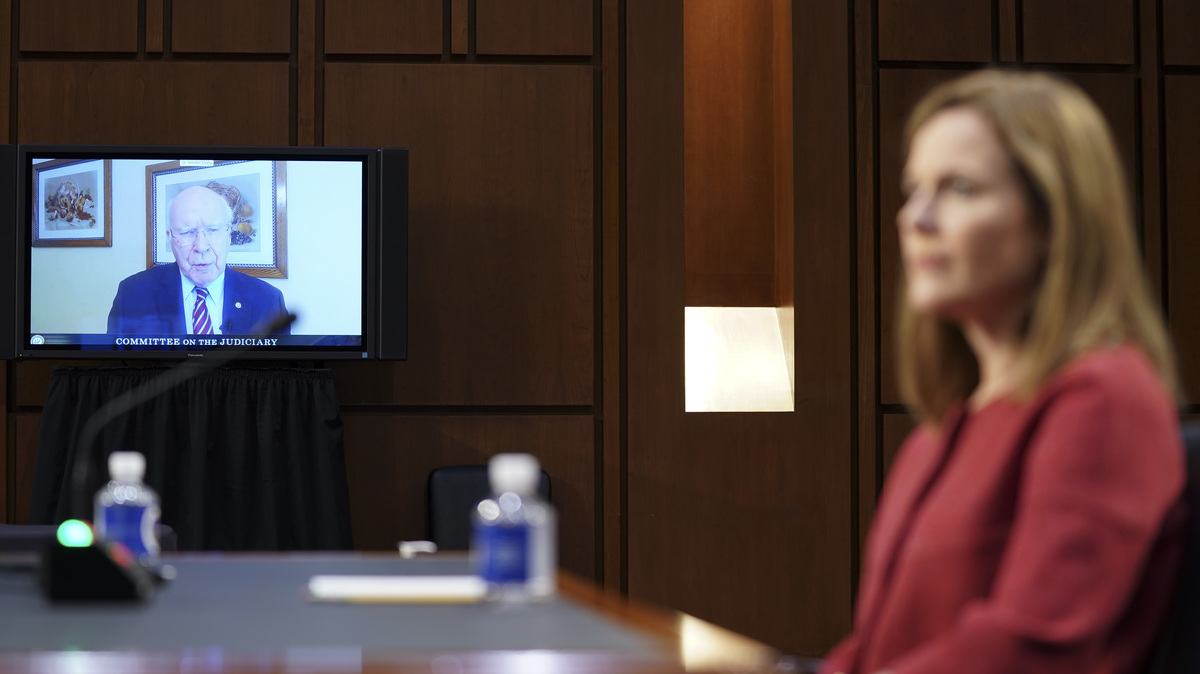 Supreme Court nominee Amy Coney Barrett acknowledged on Tuesday that she would at least evaluate the case for recusing herself if a dispute involving the outcome of the presidential election reached the high court this year.

Barrett told Sen. Patrick Leahy, D-Vt. that she couldn't state anything before the fact about what she might do — but she did concede that there could be a situation in which she might review those protocols and evaluate recusal, then decide.

"I commit to you to fully and faithfully apply the law of recusal and part of that law is to consider any 'appearances' questions" — as in, even whether it might look to outsiders as though the judge couldn't be fair, Barrett said.

But: "I can't offer a legal conclusion right now about the outcome of the decision I would reach."

Leahy pressed Barrett on comments President Trump has made arguing for why he says the Senate should act as soon as possible to confirm her — even though that would take place before the election and contravene Republicans' practices when there was a vacancy in 2016.

One reason, Trump argued, is that he believes the results of this year's election could wind up before the Supreme Court and, accordingly, it needs all nine justices. With a strengthened conservative majority in place with Barrett on the court, Trump hopes he'd have a favorable venue.

Leahy lamented on Tuesday what he called the crisis of credibility Trump has created for the high court and his own nominee, having effectively stated that he expects the justices to give him a leg up if he needs it.

"This president has not been subtle and he expects his nominee to side with him on the election issues ... whether you like it or not, and I suspect you probably do not, the president has placed both you and the Supreme Court in the worst of positions," Leahy said.