Accessibility links
Barrett On Election: Says She Won't Be 'Pawn' For Trump : Live: Amy Coney Barrett's Supreme Court Confirmation President Trump suggested the 2020 election could wind up as a case before the Supreme Court, but his nominee said Tuesday she does not view herself as his justice and would treat the matter fairly.

Barrett To Coons: I Won't Be 'Pawn' For Trump In Possible Election Dispute

Barrett To Coons: I Won't Be 'Pawn' For Trump In Possible Election Dispute 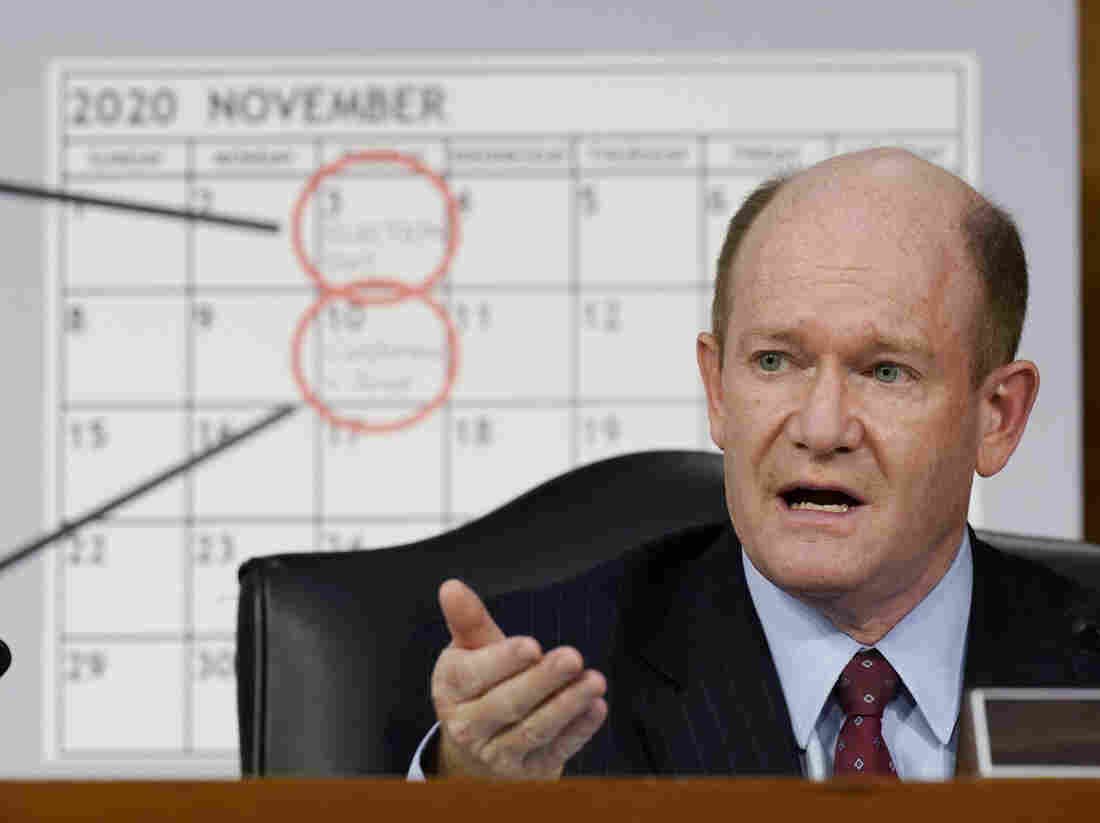 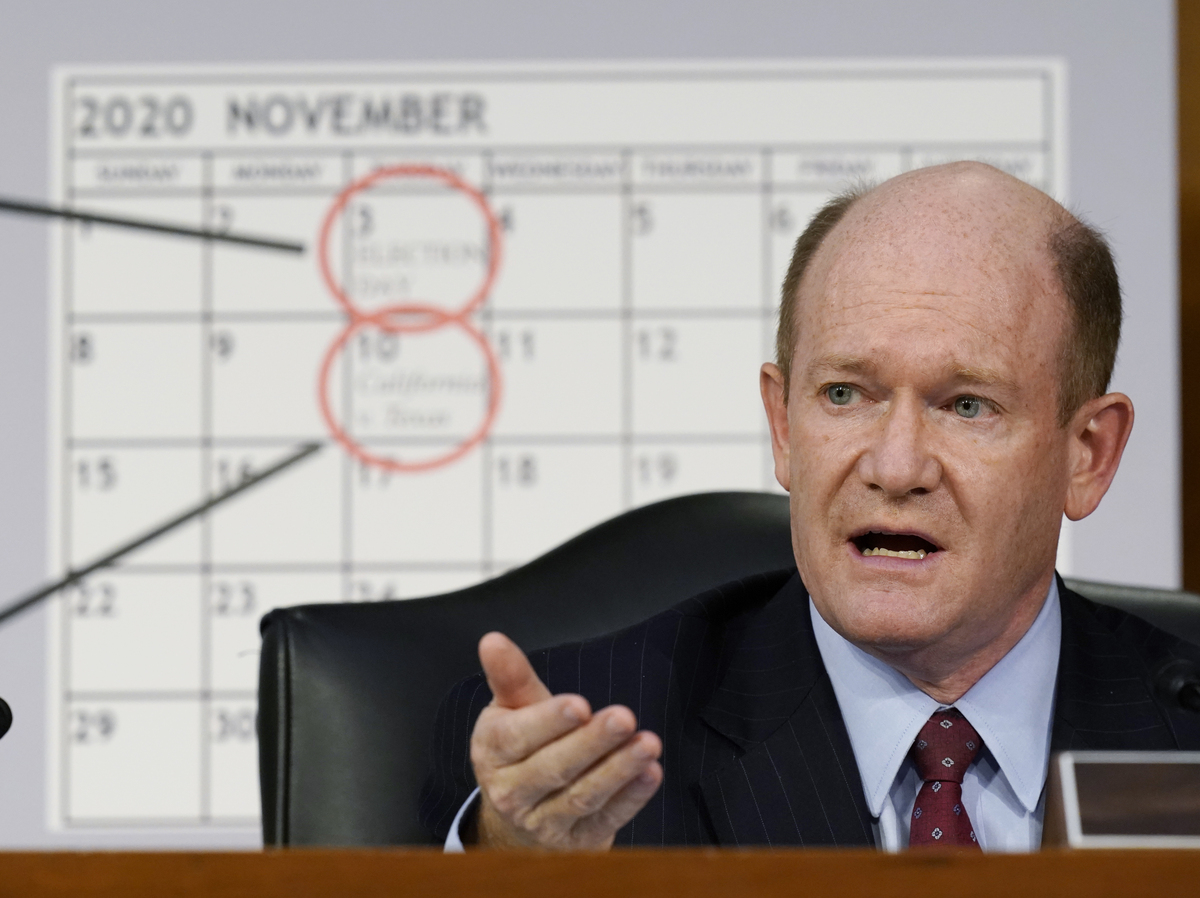 Amy Coney Barrett told Democrats Tuesday that she would take recusal seriously if any case reaches the Supreme Court involving President Trump's election — then stated more strongly that she would not be Trump's "pawn."

Delaware Sen. Chris Coons revived the question about an election dispute during his portion of the hearing on Tuesday afternoon. The judge said she wanted to make as clear as possible that she would be her own woman.

"I certainly hope that all members of the committee have more confidence in my integrity than to think that I would allow myself to be used as a pawn to decide this election for the American people," Barrett said.

The federal recusal statutes, which Barrett and Coons discussed, contemplate a judge absenting herself from a case if she has a conflict — a relationship with one of the parties in the case, for example — or the appearance that the judge can't be fair.

Democrats have criticized appointees they consider too loyal to Trump personally and not to their duties, such as Director of National Intelligence John Ratcliffe, whom critics call the president's factotum within the spy world.

Ratcliffe vowed at his confirmation hearing, in tones like those used by Barrett on Tuesday, that he was his own man and that he would discharge his duties accordingly.

Coons and Democrats, however, are leery following Trump's comments and past practices. Barrett, meanwhile, has restated over and over that she isn't willing to talk in detail about how she might rule if confirmed; all she can do, she said, is promise she'll reach decisions the right way.