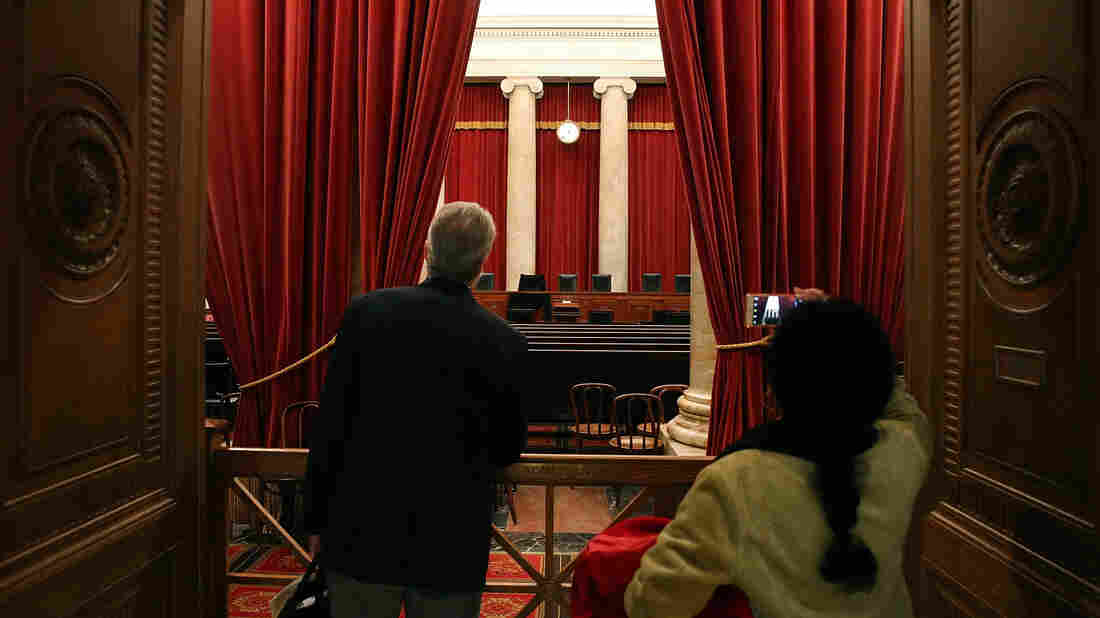 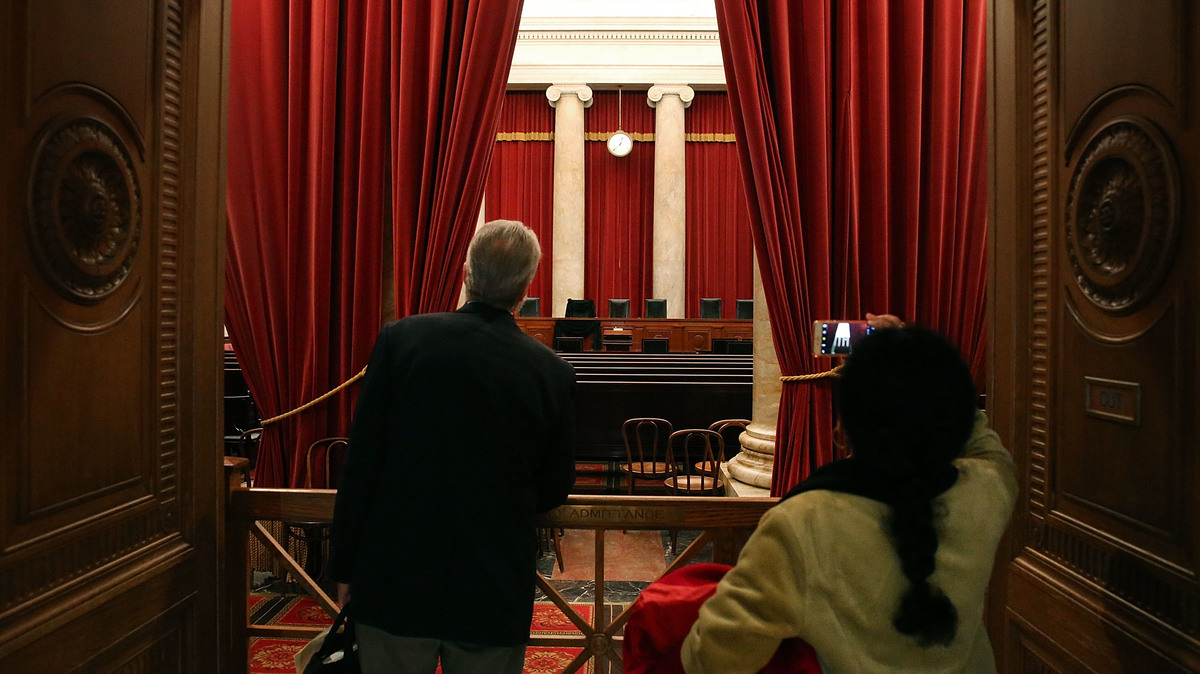 Tourists look into the chamber of the U.S. Supreme Court in February 2016.

Judge Amy Coney Barrett told the Senate Judiciary Committee on Wednesday that she would "keep an open mind" about the prospect of admitting TV cameras to the Supreme Court — a subject that divides the panel.

She gave that answer to one of the top Republicans on the committee, Sen. Chuck Grassley of Iowa, who has long supported more visibility into the high court's proceedings, including with 2015 legislation that would permit C-SPAN-like coverage of federal courts if judges chose.

Grassley joked that he didn't expect the matter to be resolved "in my lifetime," but he stood by his long-held position that showing the workings of the court would help Americans better understand the judiciary.

The high court has resisted that move, although it does release audio recordings of oral arguments and admits journalists and audience members. In May, the court livestreamed audio of the arguments for the first time.

Another Republican on the panel, Nebraska's Ben Sasse, said on Wednesday he thought the court's current practices were appropriate.

Admitting TV coverage would lead to a lot of "nonsense," Sasse said, and although he said he agreed with Grassley that it's a good idea for the Supreme Court to reach out more to Americans, doing so with live coverage would be a "bad idea."

The high court has been dubbed the apex of a "judicial monastery," and the least contemporary of the three branches of government set out by the Constitution. Sasse and Barrett talked on Tuesday about another aspect of those old practices — the reason why judges wear black robes.

Defenders of the court's current practices hail their closeness to those that would have been recognized by the framers of the Constitution or earlier generations of American leaders — and skeptics also point to the effect that TV cameras have had elsewhere in Washington.

Televising White House press conferences turned them into "gotcha" theatrics, according to this school of thought, and critics have spent years discussing what they call the cheapening of the workings of the legislature by putting them on TV.

"It's probably the worst thing that has happened to the Congress," as Rep. Don Young, R-Alaska, told USA Today in 2014.