Accessibility links
Crapo Scoffs At Implication Barrett Will Be A Judicial 'Activist' : Live: Amy Coney Barrett's Supreme Court Confirmation The Idaho senator sought to puncture what he called Democrats' caricature of Amy Coney Barrett as someone who, despite her claims, would bring an activist mindset to the Supreme Court. 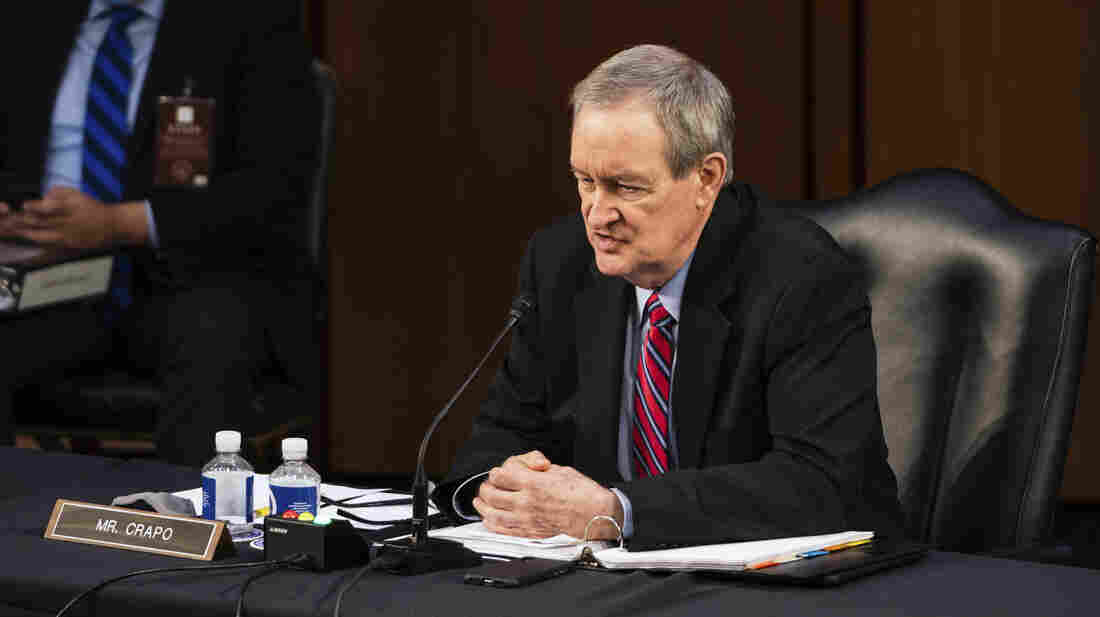 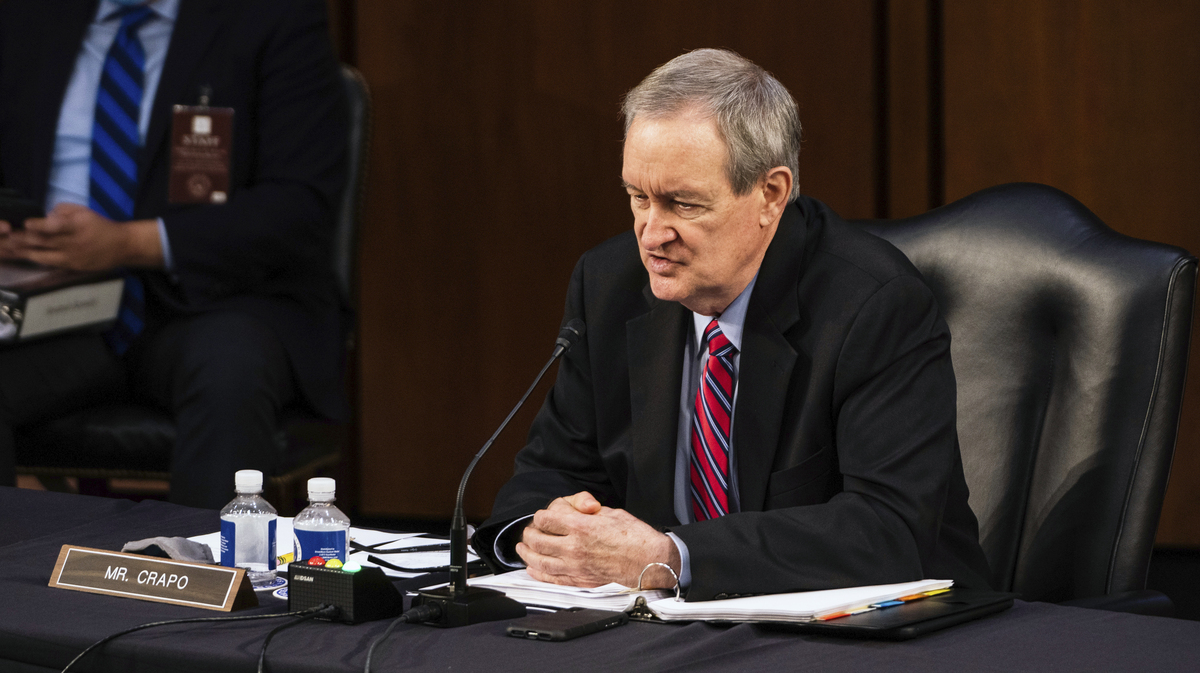 Sen. Mike Crapo, R-Idaho, said he could only find a single case in which Supreme Court nominee Amy Coney Barrett didn't follow the precedent of her 7th Circuit Court of Appeals — and that was one in which the Supreme Court itself had established a new doctrine, he said.

Crapo ticked through a series of statistics on Wednesday during a portion of the hearing in which he tried to puncture what he called Democrats' implications that Barrett, notwithstanding her emphasis about "textualism," might actually prove to be a more activist member of the Supreme Court.

Barrett stuck with precedent in most of her cases and in one example, she even was part of a ruling in an abortion case that contravened her own personal outlook, Crapo said.

Barrett was in the middle of the pack of active judges on the 7th Circuit, he said.

Republicans don't need to convince one another or Democrats to support Barrett; the majority can confirm her as it stands. But Barrett's sponsors have tried to defend her with comments aimed at a general audience, including in Crapo's remarks that he said he hoped would reassure people about what they would be getting on the new Supreme Court.

The Idaho senator was responding to comments from Democratic critics including Sens. Cory Booker of New Jersey and Chris Coons of Delaware, who had civil exchanges with Barrett on Wednesday that nonetheless included complaints or concerns about her record.

Crapo called that insulting about a prospective justice, in Barrett, who has two Black children of her own.

And in the case of Coons, he grouped Barrett with the existing conservative majority on the Supreme Court and suggested that, with her onboard, the high court would feel newly emboldened to revisit past cases in a way helpful to Republicans or according to the wishes of cultural conservatives.

Crapo's recitation, he said, was intended to dispel that idea.

"I found it amazing that you would be accused of being a judicial activist because you are a textualist and originalist, as I understand your testimony, and your record and your writing."