Accessibility links
Booker Doubles Down On Barrett In Continued Exchange About Racism : Live: Amy Coney Barrett's Supreme Court Confirmation Democratic Sen. Cory Booker of New Jersey asked Supreme Court nominee Judge Amy Barrett about what she has read to educate herself on the issue of racism in the justice system. 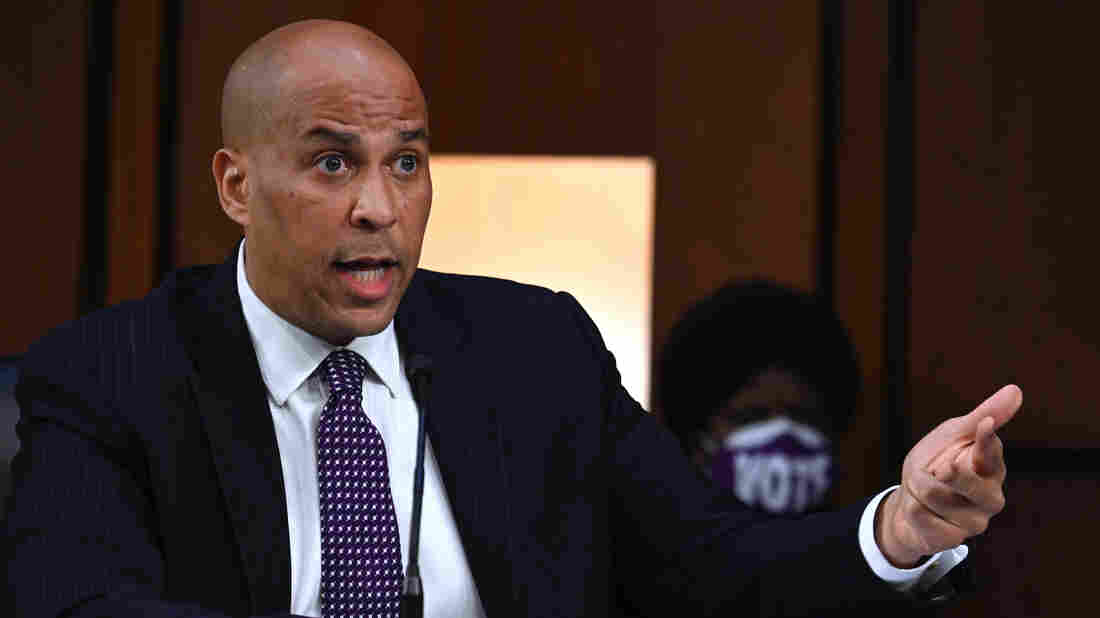 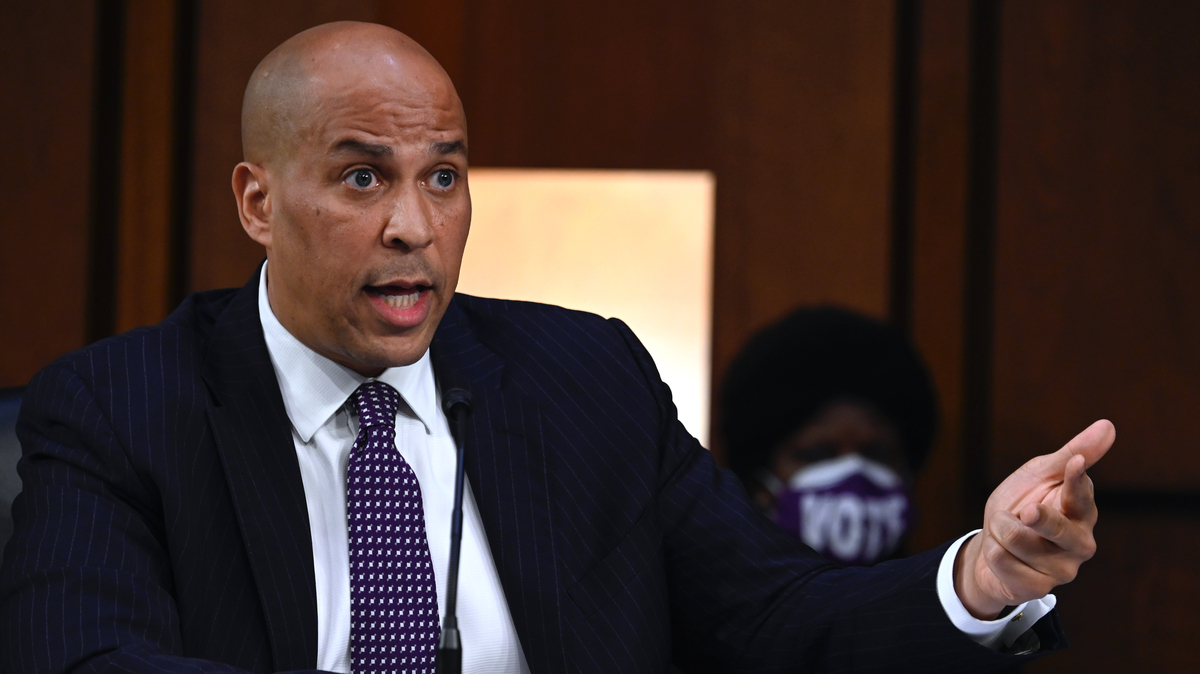 Sen. Cory Booker, D-N.J., continued to press Supreme Court nominee Judge Amy Coney Barrett on Wednesday on the role of racial bias in the criminal justice system during the third day of her confirmation hearing.

In her exchange with Booker the day before, Barrett recognized that implicit bias does exist within the justice system, but she failed to discuss the issue in detail.

Booker cited a particular study on racial disparities in sentencing, which he claimed he had previously discussed with Barrett. Barrett said she wasn't aware of the data Booker was referring to, but she had read studies on implicit bias in her research.

On Wednesday, Booker brought up the issue again. He argued that judges have played a vital role in improving racial equality throughout U.S. history and asked Barrett what she has read to educate herself on the issue of racism.

Again, Barrett was vague in her response.

"Well Sen. Booker, I will say what I have learned about it has mostly been in conversations with people, and at Notre Dame as at many other universities, it's a topic of conversation in many classrooms, but it's not something that I can say, yes I've done research on this and read X, Y and Z," she said.

But Barrett has written about the issue, Booker said. In a 2008 blog post, Barrett raised the administrative hurdles presented when the U.S. Sentencing Commission retroactively reduced sentences for some 20,000 Americans charged for drug crimes, Booker said.

"But never in the blog article did you mention that this was unjust," he said. "There was no deference to how serious this is for the 20,000 Americans, 98% of them who are Black and Brown. You just questioned, 'Why are we doing this?'"

Barrett said she wrote the post because the reform was "table talk" between her and her husband, who at the time served as a federal prosecutor.

Booker said he was concerned by that response, pointing to the current racial reckoning that has swept the country. He expressed the fear of many Americans who don't feel they have equal rights under the law, and the steps many have taken to learn more about those disparities.

"And so I hope you understand my heart when I look at a justice who it seems that the fix is in, is gonna serve on the Supreme Court, and hasn't taken steps to understand the pervasiveness, the facts, the truth about cases of race that are going to come before you," he said.