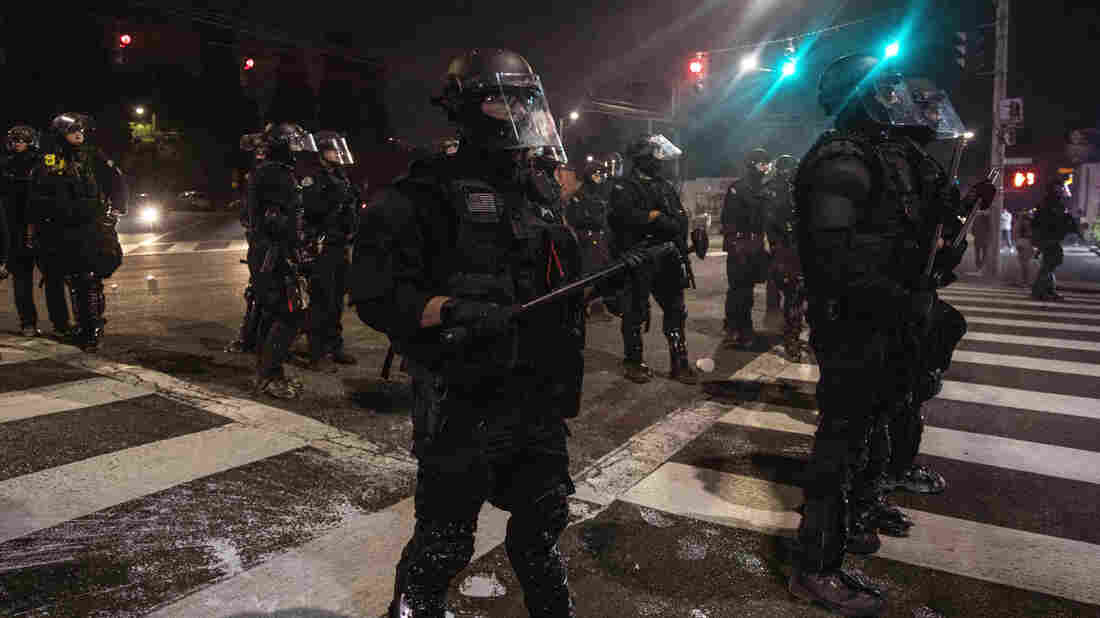 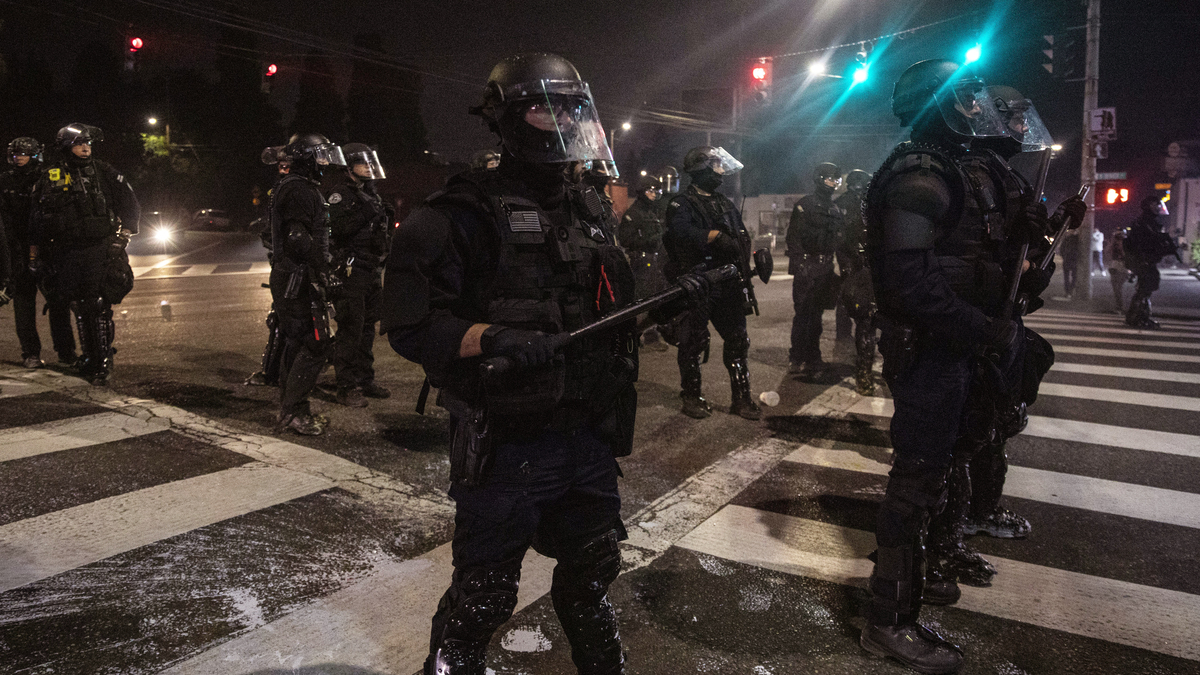 Police stand guard as protesters take to the streets on Sept. 4 in Portland, Ore.

Wray was asked during a hearing before the House Homeland Security Committee what domestic group poses the greatest threat to the homeland, and whether it belongs to the political left or the right.

The FBI doesn't see politics in that way, he said.

"We assess that the greatest threat to the homeland, to us here domestically, is not one organization, certainly not one ideology, but rather lone actors largely self-radicalized online who pursue soft targets using readily accessible weapons," Wray said. "Those include both domestic violent extremists of a variety of sorts, as well as homegrown violent extremists who are motivated by foreign jihadist type sources."

Those two groups, Wray said, pose the greatest threat in part because of the difficulty of identifying them before they commit violence. The FBI director acknowledged that the bureau has pursued inquiries involving recent demonstrations but said it does based on peoples' actions, not the causes they espouse.

"When ideology leads someone to commit criminal acts, the FBI will not hesitate to take appropriate action," he said.