Accessibility links
Democrats, Republicans Respond To Biden Harris Election Win : Updates: 2020 Election Results Democratic politicians are celebrating "a new dawn." Some Republicans are ready to work with the new administration, while others vow to continue the fight.

Democrats Are Ecstatic About The Biden-Harris Win; Republicans' Reaction Is Mixed

Democrats Are Ecstatic About The Biden-Harris Win; Republicans' Reaction Is Mixed 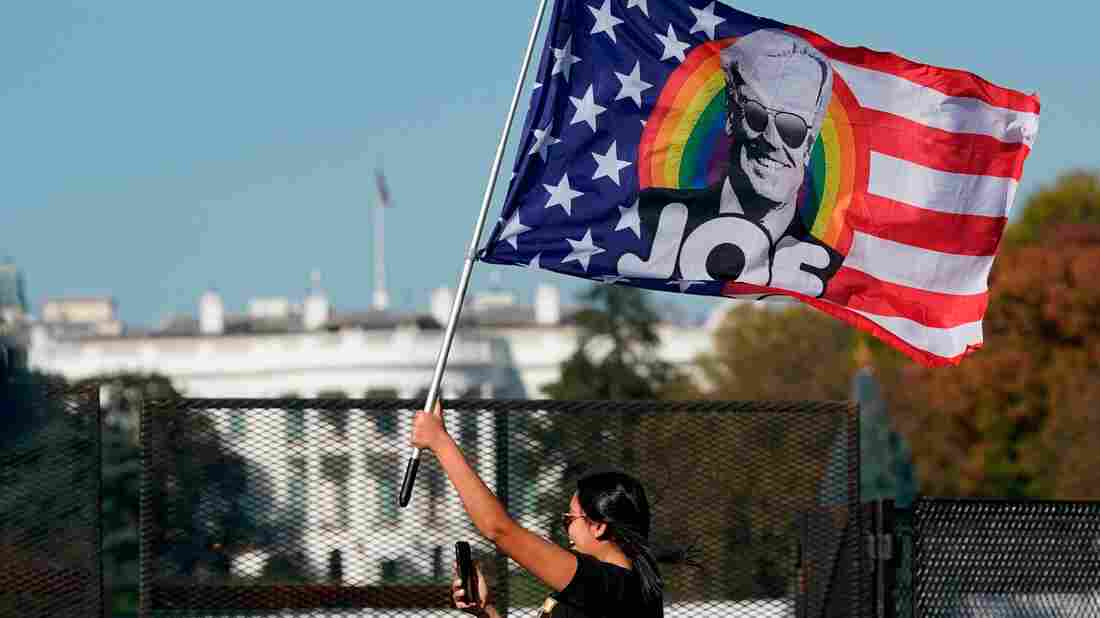 A woman waves a Joe Biden flag during celebrations of his presidential victory on Black Lives Matter Plaza across from the White House on Saturday. Alex Edelman/AFP via Getty Images hide caption 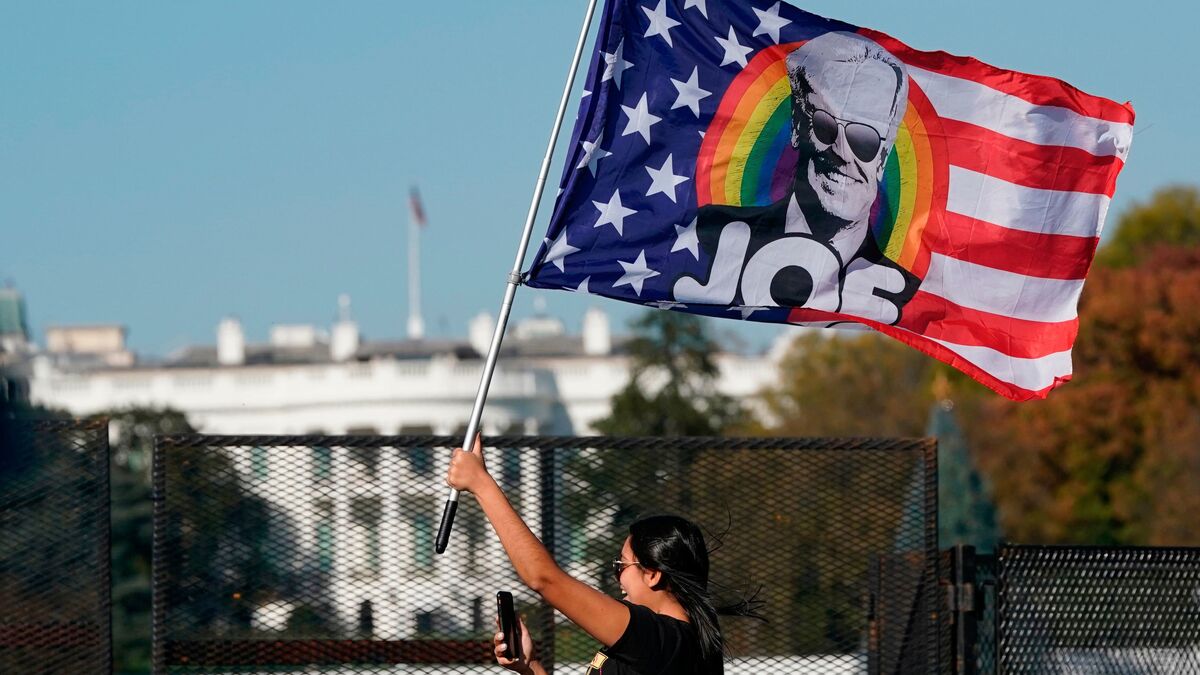 A woman waves a Joe Biden flag during celebrations of his presidential victory on Black Lives Matter Plaza across from the White House on Saturday.

Democrats and Republicans are reacting to news that former Vice President Joe Biden and California Sen. Kamala Harris were elected to the White House on Saturday, narrowly defeating President Trump in an election that hinged on several swing states.

Elated Democratic politicians congratulated the pair. Rep. Joe Kennedy said he would connect Trump with Americans who could help him pack, and Sen. Chuck Schumer, the Senate minority leader, tweeted that "the long dark night in America is over, and a new dawn is coming." He joined a large crowd celebrating Biden's victory in Brooklyn's Grand Army Plaza.

House Speaker Nancy Pelosi said that a "record-shattering 75 million" votes for Biden and Harris is "a historic victory that has handed Democrats a mandate for action."

Congratulations to my friends, @JoeBiden and @KamalaHarris — our next President and Vice President of the United States. pic.twitter.com/febgqxUi1y

Sen. Cory Booker said, "I feel like our ancestors are rejoicing. For the first time, a Black and South Asian woman has been elected Vice President of the United States."

For the first time, a Black and South Asian woman has been elected Vice President of the United States.

My sister has made history and blazed a trail for future generations to follow.

We love you, @KamalaHarris.

Former President Jimmy Carter congratulated Biden and Harris, saying he and his wife are "proud of their well-run campaign and look forward to seeing the positive change they bring to our nation."

Sen. Tammy Duckworth, D-Ill., tweeted that while she is celebrating, she recognizes that "a lot of people aren't."

"So many Trump voters are also working families and believed that he would improve their lives," Duckworth said. "We must see that they are hurting and fight attempts to divide us as we work to rebuild our beloved nation."

Some Republicans said they are committed to working with the new administration, including Michigan Rep. Fred Upton, who tweeted that he plans to work to "come together, bridge divisions, and focus on solutions."

Cindy McCain, the widow of Sen. John McCain, tweeted that "Joe will unify the country toward a better future."

Congratulations to my dear friend and President-elect @JoeBiden Vice-President-elect @KamalaHarris. Its time to move beyond politics and toward building a stronger america. I know Joe will unify the country toward a better future.

Sen. Mitt Romney also offered his congratulations to Biden and Harris, tweeting that they are "people of good will and admirable character."

Several Republican senators are urging voters and party donors to "Keep the Senate red" — a key GOP goal now, with two runoff races looming in Georgia that are crucial to deciding control of the Senate.

"A Democratic majority in the Senate would cinch the radical agenda of the left," Sen. John Cornyn tweeted. "They must be stopped on January 5th in Georgia."

Other Republicans either contested the election results or have not spoken out. Texas Republican Rep. Brian Babin tweeted that "the fight isn't over."

Arizona Rep. Paul Gosar tweeted "ThE eLeCtiOn IsNt OvEr UnTiL aLL tHe VoTeS aRe CoUnTed," echoing the messaging from Trump, who has not conceded.

“Russia interfered in the election. We will not accept the integrity of the results!”

“How dare you raise questions about election integrity!”

"No matter what the media tells you, this is NOT over," Rep. Doug Collins tweeted.

Nebraska Rep. Don Bacon, on the other hand, told NPR on Saturday that the "handwriting is on the wall" for Trump's loss. He said that once the president's court battles have played out, Trump should "proceed graciously."