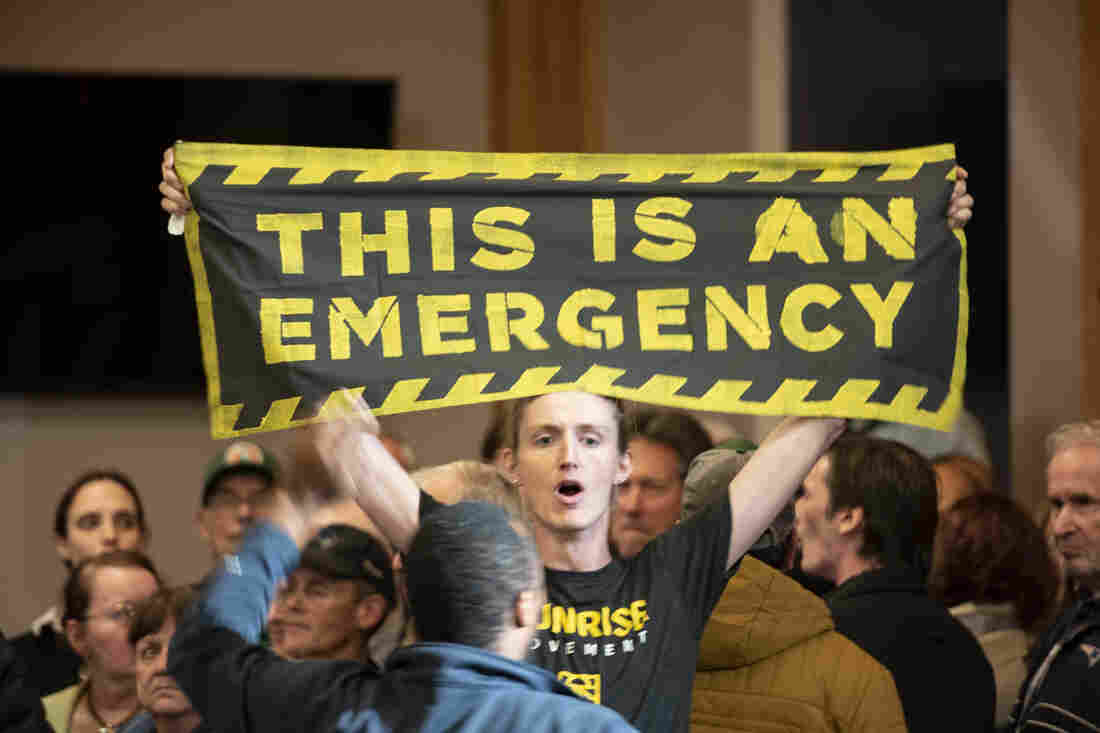 A climate change protester holds a banner reading, "This Is An Emergency," during a 2019 town hall event in Manchester, N.H., with Joe Biden, who isn't pictured. Bloomberg/Bloomberg via Getty Images hide caption 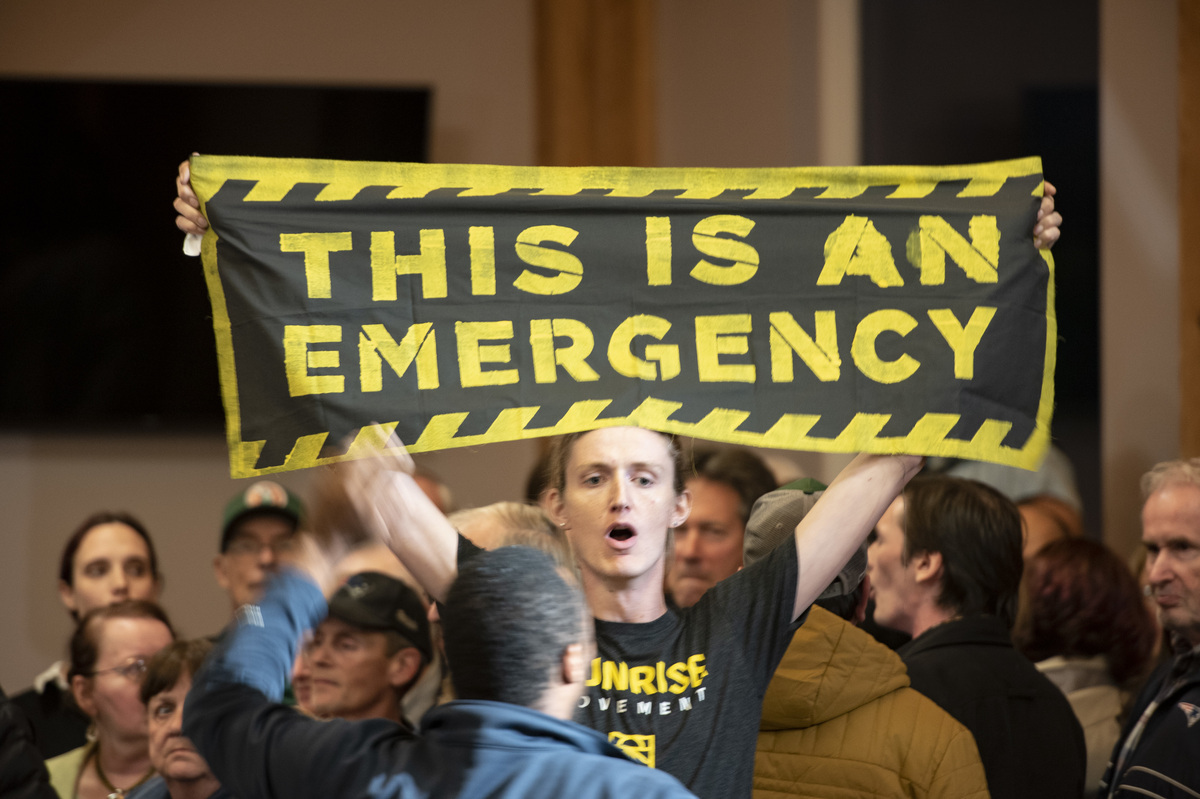 A climate change protester holds a banner reading, "This Is An Emergency," during a 2019 town hall event in Manchester, N.H., with Joe Biden, who isn't pictured.

Climate change likely will be a major focus as President-elect Joe Biden prepares for his inauguration in January.

During the campaign, Biden proposed a sweeping $2 trillion climate plan. It sets goals of net-zero carbon emissions from the electricity sector by 2035 and the entire U.S. economy by 2050.

Biden vows to rejoin the Paris climate accord, conserve large areas of land and water for biodiversity, stop offshore drilling in the Arctic and invest a massive amount of money in green energy and infrastructure such as wind, solar, high-speed trains and electric car chargers.

Reaction from environmental groups came quickly after The Associated Press called the race for the former vice president.

"We f***ing did it," Sunrise Movement Executive Director Varshini Prakash wrote in an email to supporters. Her youth-focused group said it helped turn out young voters concerned about climate change.

"Voters just gave our country and our planet a fighting chance to solve the climate crisis," EDF Action President Joe Bonfiglio said. His group, the political arm of the Environmental Defense Fund, said it spent more than $3 million on ads and get-out-the-vote programs to help Biden win.

"Our team stands ready to work with the Biden Administration and policymakers from both parties in pursuit of an innovative, cleaner energy future that puts the unique advantages of natural gas to good use," said Amy Andryszak, president and CEO of the Interstate Natural Gas Association of America. Natural gas, or methane, has a lower carbon footprint than other fossil fuels such as coal. The industry hopes there will be room for its fuel, perhaps with carbon capture technology, under the Biden climate plan.

American Energy Alliance President Thomas Pyle issued a statement after the election, saying, "If Joe Biden shuffles into the White House, he will do so lacking any kind of mandate to make energy more expensive, restrict the use of our domestic natural resources, ban fracking on federal lands, or impose a carbon tax or other restrictive carbon policies on the American public."

Biden's climate plan relies on a friendly Congress willing to pass his legislative proposals. It appears the House of Representatives will remain in Democratic hands, but it isn't clear yet what will happen in the Senate. That chamber could remain in Republican hands, where climate legislation would be greeted with skepticism, if not outright opposition.