Accessibility links
Convincing Trump's Supporters That He Lost — What Will It Take? : Updates: 2020 Election Results Years of the president talking about unsubstantiated election fraud has made many Republicans believe that vote tallies cannot be trusted. What will it take to make them think otherwise? 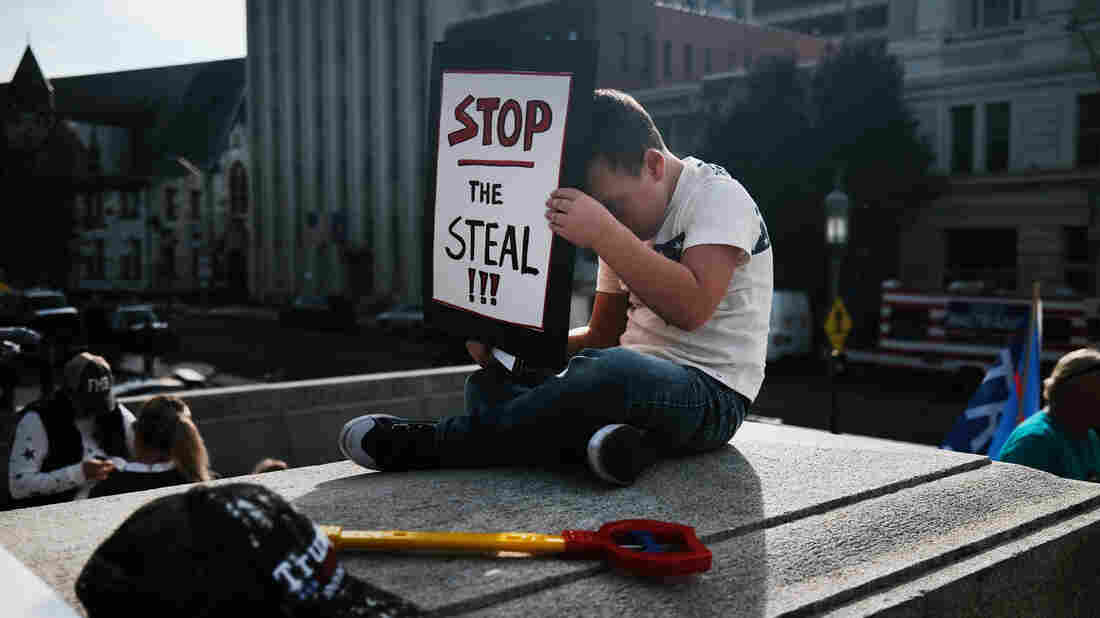 Scores of President Trump supporters gathered for a "Stop the Steal" protest at the Pennsylvania Capitol in Harrisburg on Thursday, many alleging that votes are being stolen from the president, of which there is no evidence. Spencer Platt/Getty Images hide caption 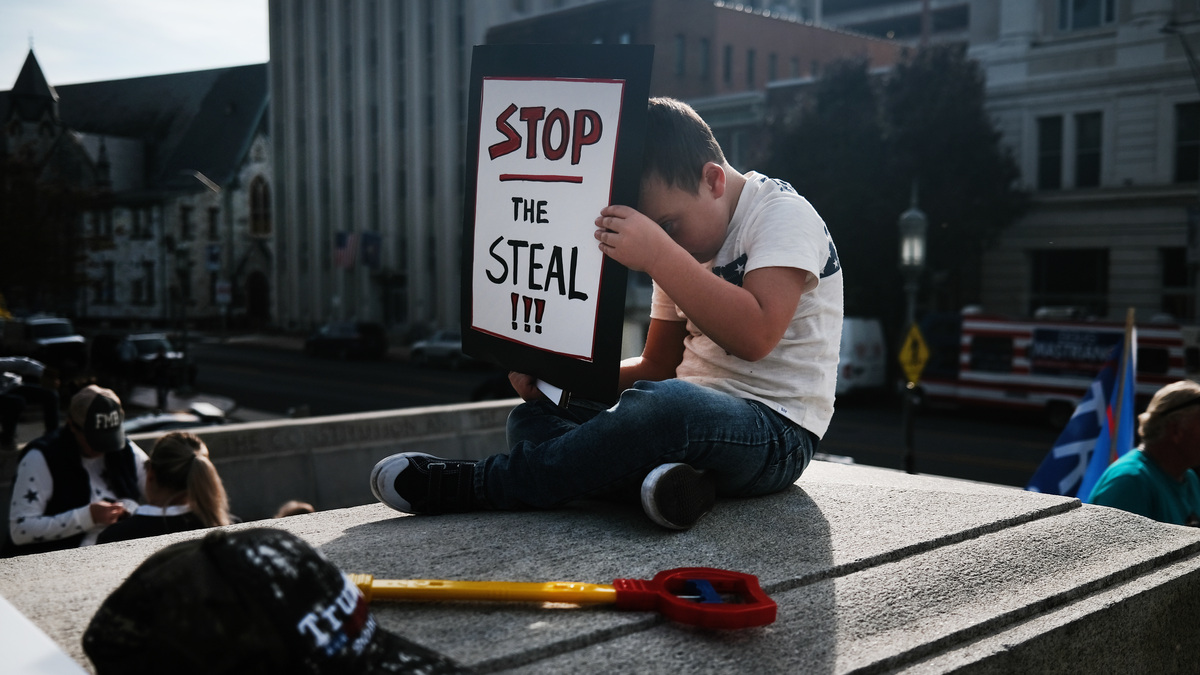 Scores of President Trump supporters gathered for a "Stop the Steal" protest at the Pennsylvania Capitol in Harrisburg on Thursday, many alleging that votes are being stolen from the president, of which there is no evidence.

Even though all the major news networks, including Fox News, called the race for former Vice President Joe Biden, Saturday was the only the beginning of a long road to convincing a sizable portion of the American public who won the presidency.

President Trump has spent much of his four years in power amplifying false claims about election fraud, which has eaten into the confidence many Republicans have in the voting process.

Now those Republicans are having to decide whom to believe: election officials from both parties in charge of voting or Trump, who continues to falsely say he is the rightful winner. It's the latest step in a game plan he has laid the groundwork on for years.

Before this election, about two-thirds of people who said they had little to no confidence in the vote-counting process were supporters of the president, according to AP VoteCast data.

And now Trump has seized on those doubts. He and his campaign have shared conspiracy theory after conspiracy theory about why votes were still being counted after Election Day, even though the tallying process was going roughly according to plan.

"I am disturbed that this is being intentionally mischaracterized to undermine the election process," Tina Barton, the Republican city clerk of Rochester Hills, Mich., said Friday in a video debunking one of the Trump campaign's many claims.

From Jubilation To Dismay, A Divided Nation Reacts To Biden's Victory

While these sorts of assertions largely have not found a receptive home in the courts, they have found one online.

Social media groups have quickly sprung up in the days since voting stopped to spread disinformation about supposed cheating on the part of election officials, and in some cases organize in-person protests.

"This is the most intense online disinformation event in U.S. history and the pace of what we have found has only accelerated since [Election Day]," said Alex Stamos, director of the Stanford Internet Observatory and Facebook's former chief security officer.

The social media groups are reusing channels that have previously been aimed at sharing other conspiracy theories that cater mostly to Republicans, says Melissa Ryan, who runs the firm Card Strategies, which researches disinformation.

"These 'Stop The Steal' protests are clearly building off the infrastructure from the reopen protests that we saw earlier in the year during the pandemic," Ryan said. "And frankly, they're using the same strategy and infrastructure as the Tea Party back in 2009, 2010."

Trump has been the driving force of that misinformation online, however. Three of the four most popular posts on Facebook in the past 24 hours were posts by the president in which he falsely claimed victory or alluded to doubts about the election's fairness.

"I WON THIS ELECTION, BY A LOT!" Trump said on Saturday.

Experts say as long as that language continues, it's hard to imagine the U.S. uniting behind a Biden administration in the way the former vice president says he wants it to.

A concession from Trump has no legal effect, and Biden will become the 46th president with or without one. But Alberto Gonzales, who served as U.S. attorney general under President George W. Bush, says an acknowledgment from Trump that he lost would go a long way to cool the current political climate.

"That would send a tremendous signal," Gonzales told NPR. "It would boost the reputation of President Trump. I think that would certainly lower the [country's] temperature if he would do what is the right thing to do."

NPR's Hannah Allam and Shannon Bond contributed to this report.