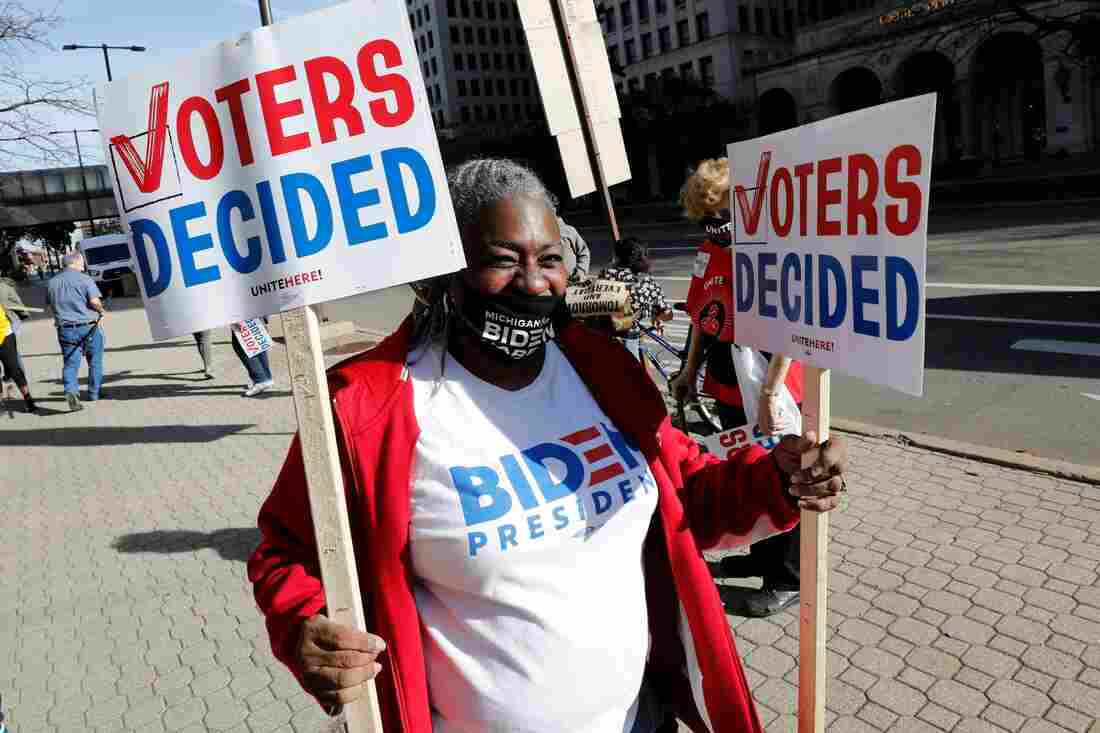 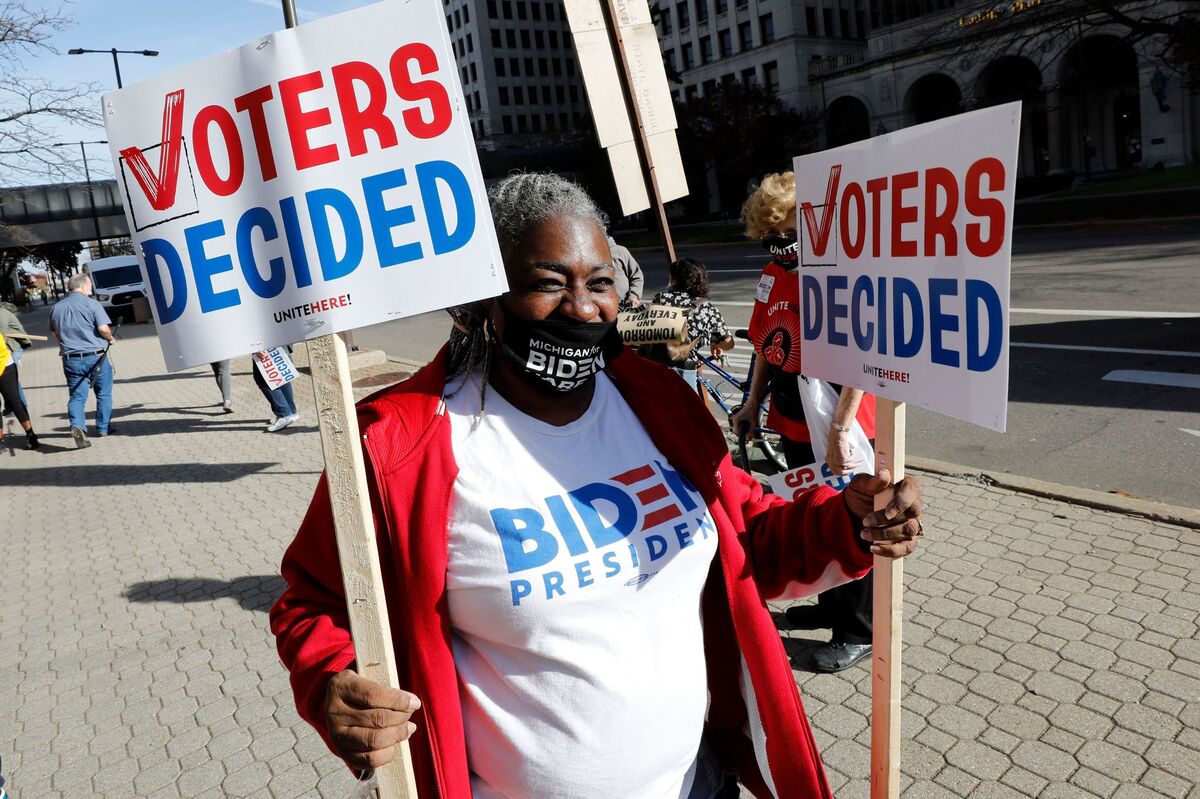 Zinnia Patcas hands out signs in Detroit on Nov. 7 as people gather to celebrate Joe Biden's win in the presidential election.

Black voters came through for Joe Biden at pivotal moments on his path to the presidency: in South Carolina during the primaries, and in Michigan, Wisconsin and Pennsylvania last week.

And as the president-elect thanked his supporters on Saturday night in Delaware, he thanked Black supporters specifically.

"And especially for those moments when this campaign was at its lowest ebb, the African American community stood up again for me," Biden said. "They always have my back, and I'll have yours."

It was "monumental" to hear those words, says Branden Snyder, executive director of Detroit Action, a grassroots organization that focuses on building political power for the city's Black and brown working-class communities.

"We've worked as door knockers, we've worked as volunteers. But we actually haven't explicitly heard of the importance of our contributions," Snyder tells All Things Considered.

When asked what he thinks Biden's pledge to have the Black community's "back" means, Snyder says he hopes it comes down to thanking them "not with just applause, but with policy."

In excerpts from the interview, he discusses what would help Black communities the most.

Are there specific initiatives that you would like to see President Biden enact?

When we think about policies that will both engage African American communities as well as ensure that we can think about the intersectional harms that have happened ... we have to be looking at things like housing, access to good jobs and really thinking about how we solve for environmental racism that we've seen throughout our communities. So I think that those are sort of the top three.

But one I think that is going to be more crucial than all is really thinking about how do we respond to this pandemic and providing [really] just COVID relief ... how do we make sure that we have a policy that actually is just and fair for the relief of a pandemic — like another stimulus, like making sure we extend unemployment benefits, etc.

Thirty percent of people in Detroit are below the poverty line. When the Biden administration says "build back better," what does that actually look like in your city?

For Detroiters, one of the places that we start when we talk about "build back better" is access to more living wage jobs, making sure that we're able to increase the federal minimum wage. It also looks like making sure that there's more access for small businesses to receive capital funding. It's making sure that we take the steps to rectify the harm of the criminal justice system. And, it means taking another step from what the Obama-era policies were — so refunding or funding more of the Second Chance Act, which is the criminal justice initiative.

For the last four years, we have heard President Trump relentlessly refer to "my voters, my people, my states." ... Do you think there's any risk of Biden making a similar mistake?

Biden's Test In Michigan: Winning Over Black And Brown Voters Disillusioned In 2016

Jason Fuller and Sarah Handel produced and edited the audio interview. Maureen Pao adapted it for the Web.