Accessibility links
Barr Permits Investigation Of Trump's Voter Fraud Claims : Updates: 2020 Election Results The attorney general specified that reviews can be conducted only if there are "clear and apparently-credible allegations of irregularities" that would affect the outcome of a state's election result. 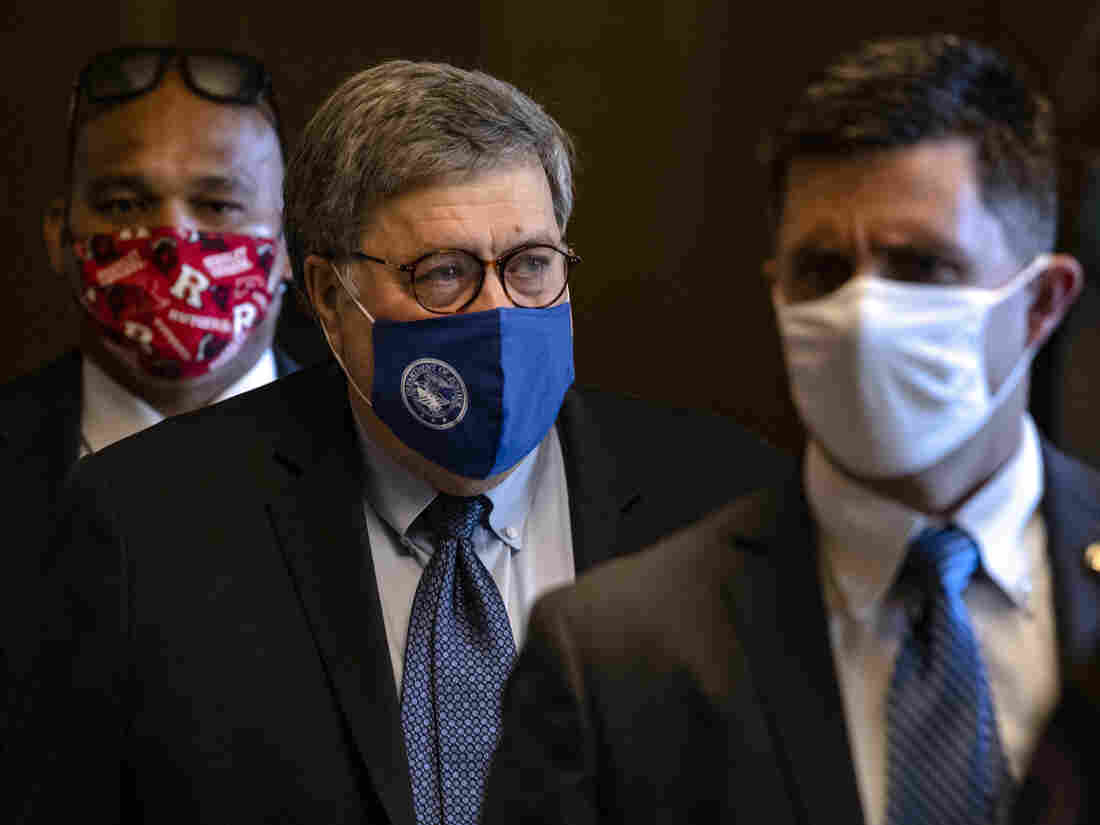 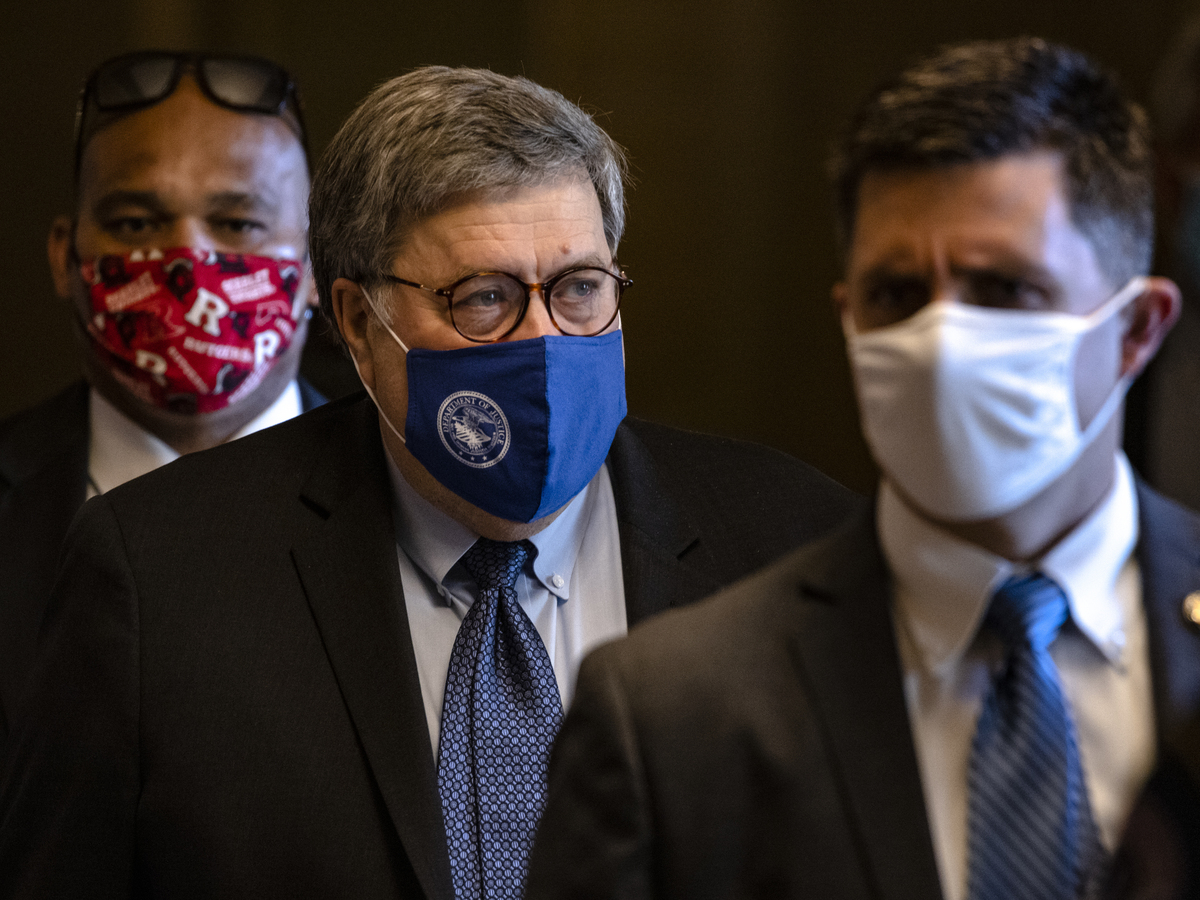 William Barr, the nation's attorney general and a Trump ally, on Monday wrote a memo authorizing federal prosecutors to pursue any "substantial allegations of voting and vote tabulation irregularities." He specified that such reviews can be conducted only if there are "clear and apparently-credible allegations of irregularities that, if true, could potentially impact the outcome of a federal election in an individual State."

Investigations into more minor claims that, if true, would not affect the outcome of a state's results, Barr wrote, should be deferred until after the election certification process is completed in mid-December.

In his memo, Barr cautioned that the authorization should not be taken as an indication that the Justice Department has found any voting irregularities that would impact the outcome of the election; instead, the authorization had been put in place to ensure that all Americans could have "full confidence in the results of our elections."

But despite the caveats, the memo marked a step into President Trump's disinformation campaign about voting. Former DOJ officials criticized the memo as partisan and as validating Trump's claims that there are substantial voter irregularities. Republican and Democratic election officials agree there has been no evidence of widespread, even low-level, voting irregularities.

Shortly after the memo was released, Richard Pilger, head of the DOJ's election crimes branch, stepped down from that role in protest over Barr's memo. He announced the departure to colleagues Monday evening.

Here is Richard Pilger's email to his colleagues. pic.twitter.com/dXZqzMbG6f

Meanwhile, on Capitol Hill, congressional Republicans have mostly declined to outwardly acknowledge the widely reported election results that show President-elect Joe Biden leading comfortably in both the popular and electoral vote. This comes as GOP standard-bearer Trump continues to baselessly attack the integrity of the election, alleging that fraudulent ballots had robbed him of the White House win.

This divide was no more evident than on Monday, when Senate Majority Leader Mitch McConnell, R-Ky., took to the Senate floor to urge Americans to "respect the rule of law and trust our institutions" as the full election process was conducted.

"Obviously, no states have yet certified their election results. We have at least one or two states that are already on track for a recount. And I believe the president may have legal challenges underway in at least five states," McConnell said. 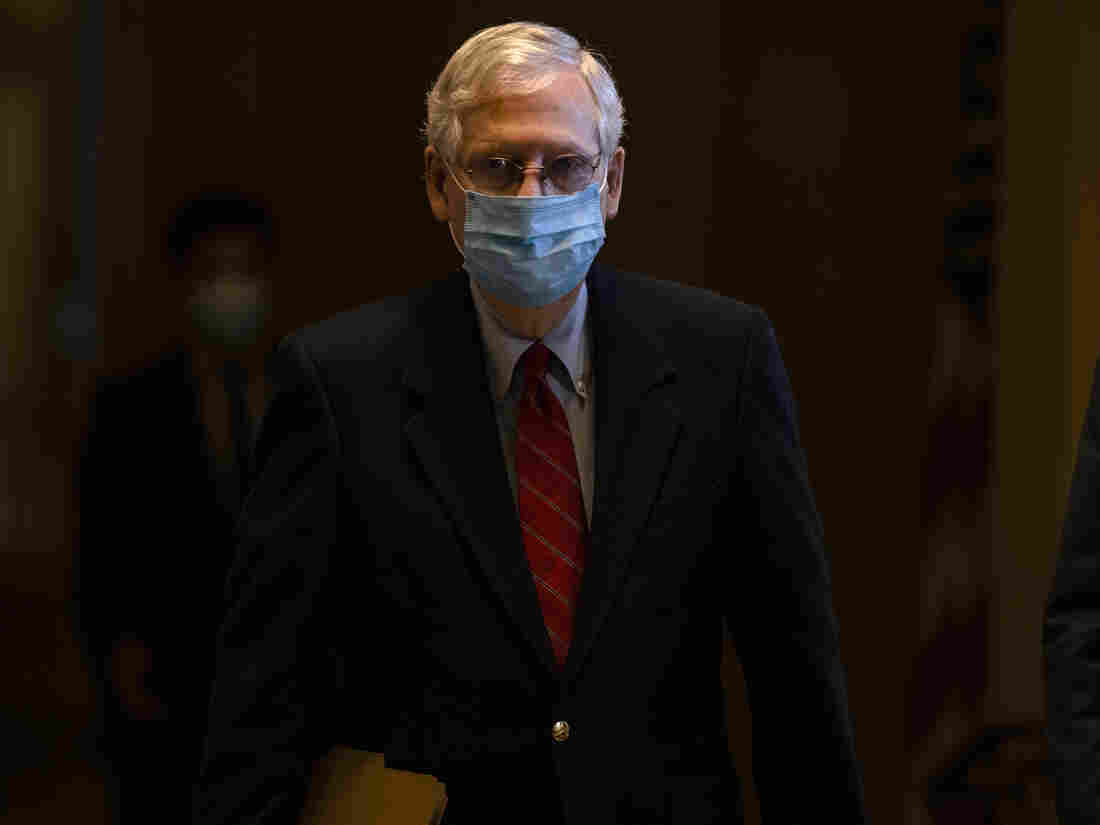 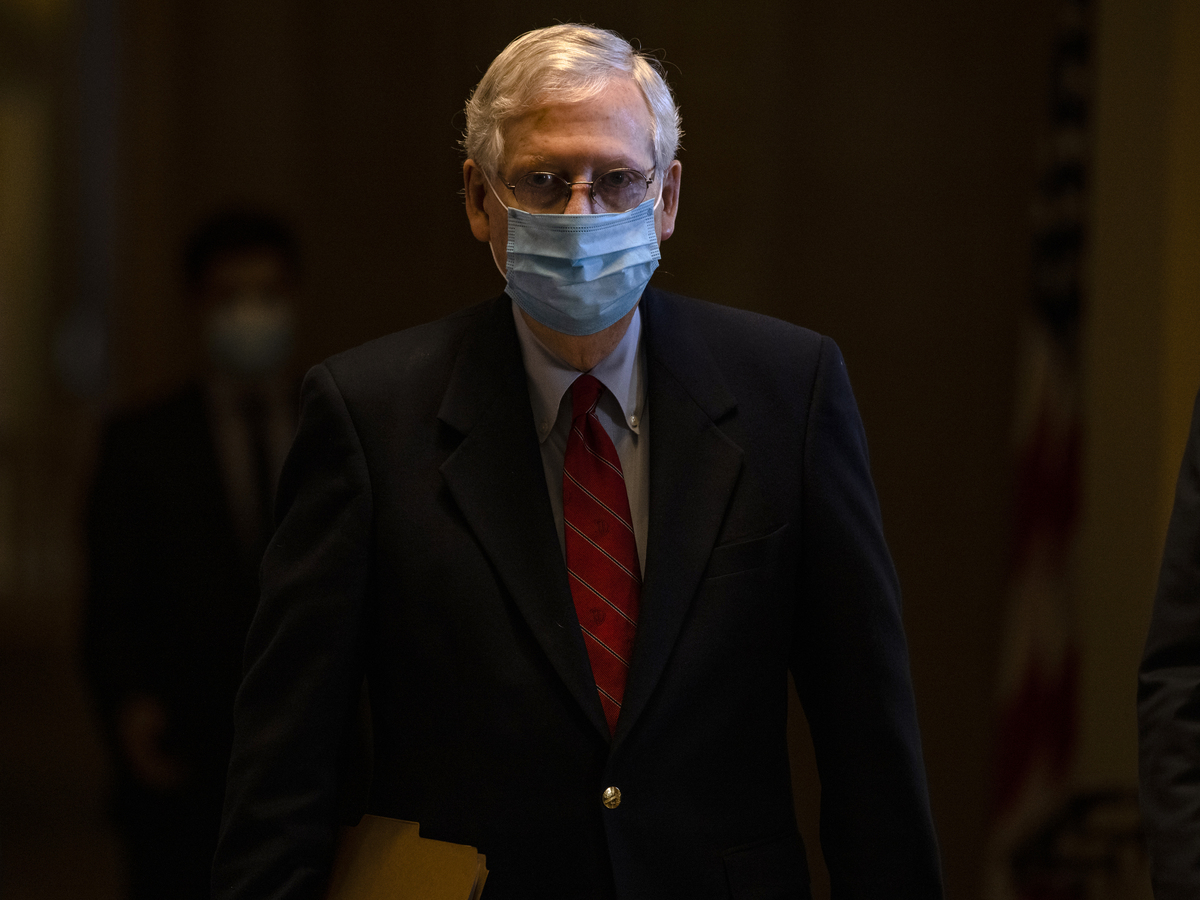 Senate Majority Leader Mitch McConnell and other high-ranking Republicans have thus far not broken with President Trump on his unfounded claims of widespread voter fraud.

Though McConnell is technically correct states have not certified, that process won't change the overall result of the election. And the legal challenges have mostly been dismissed so far.

"Our institutions are built for this. We have the system in place to consider concerns. And President Trump is 100% within his rights to look into allegations of irregularities and weigh his legal options," he continued, declining to adopt Trump's language alleging outright fraud and a stolen race.

McConnell was far from alone in leaving ambiguous his thoughts on the ultimate outcome of the presidential race. In fact, several other Senate Republicans echoed McConnell's remarks, signaling that the caucus will give Trump time to resolve his legal challenges.

"I think he's got a right, a constitutional right, if there are legal challenges they want to make, and I think everybody ought to let them play out. Obviously, we're going to have a result, not for long," Senate Majority Whip John Thune of South Dakota, the chamber's No. 2 Republican, told Capitol Hill pool reporters.

Despite being unable to raise any specific evidence of widespread fraud, Senate Republicans nodded to Trump's lawyers, saying that it was ultimately up to the president's legal team to back up his claims.

That includes Sens. John Cornyn of Texas and Roy Blunt of Missouri, who like McConnell said it was fair to give Trump an opportunity to exhaust his legal options. But neither was certain on the timeline, saying it could even be weeks before Trump's challenges are resolved.

"Well, we don't swear in a new president until Jan. 20," Cornyn, who just won reelection, told NPR. "I don't think that's anything we have control over, we just have to let the process run its course."

He added that if Trump hasn't conceded by Jan. 20, Inauguration Day, then he'll begin to worry about the lack of a peaceful transition, which Trump has repeatedly declined to endorse.

Blunt, however, doesn't think it will take that long, saying that it was possible that the matter could be resolved within days, not weeks.

As of Monday evening, only four Republican senators had broken party ranks to congratulate Biden on his win. Those were: Sens. Susan Collins of Maine, Mitt Romney of Utah, Lisa Murkowski of Alaska and Ben Sasse of Nebraska, all of whom have been critical of Trump in the past and have previously publicly broken with the president on legislative matters.

Speaking to NPR on Monday, Collins said she does not think Trump's pursuit of legal remedies will impact Biden's win.

"The president has legal options that he wants to pursue, and he has every right to do so. For my part, I think it's unlikely to change the outcome and I had congratulated President-elect Biden."