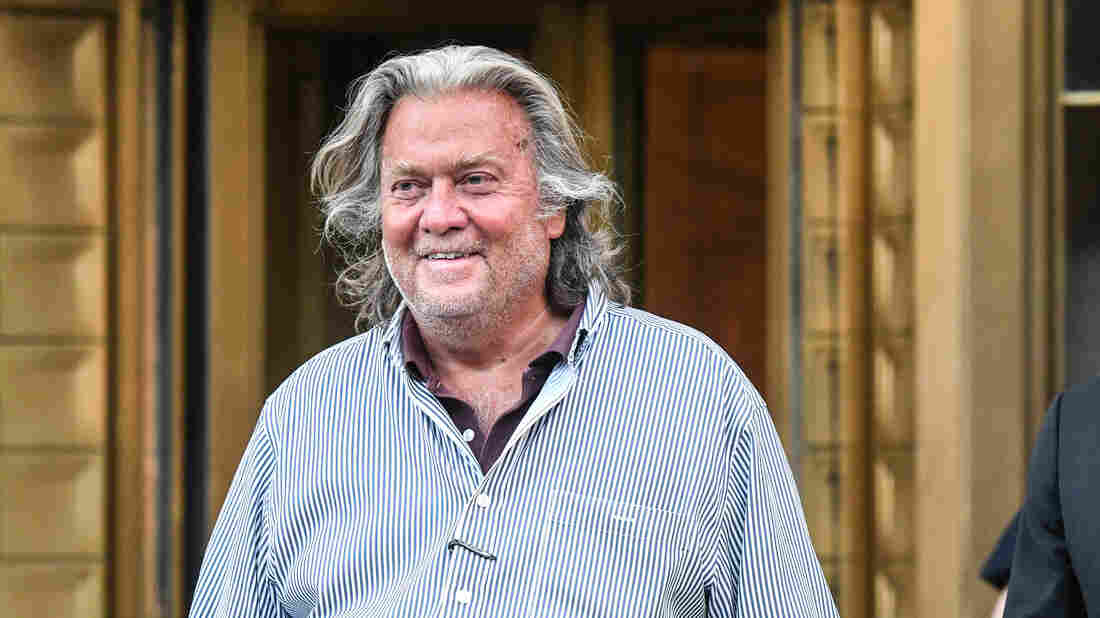 Former White House chief strategist Steve Bannon has been penalized by Facebook and YouTube, and suspended from Twitter, for his activity on social media. Stephanie Keith/Getty Images hide caption 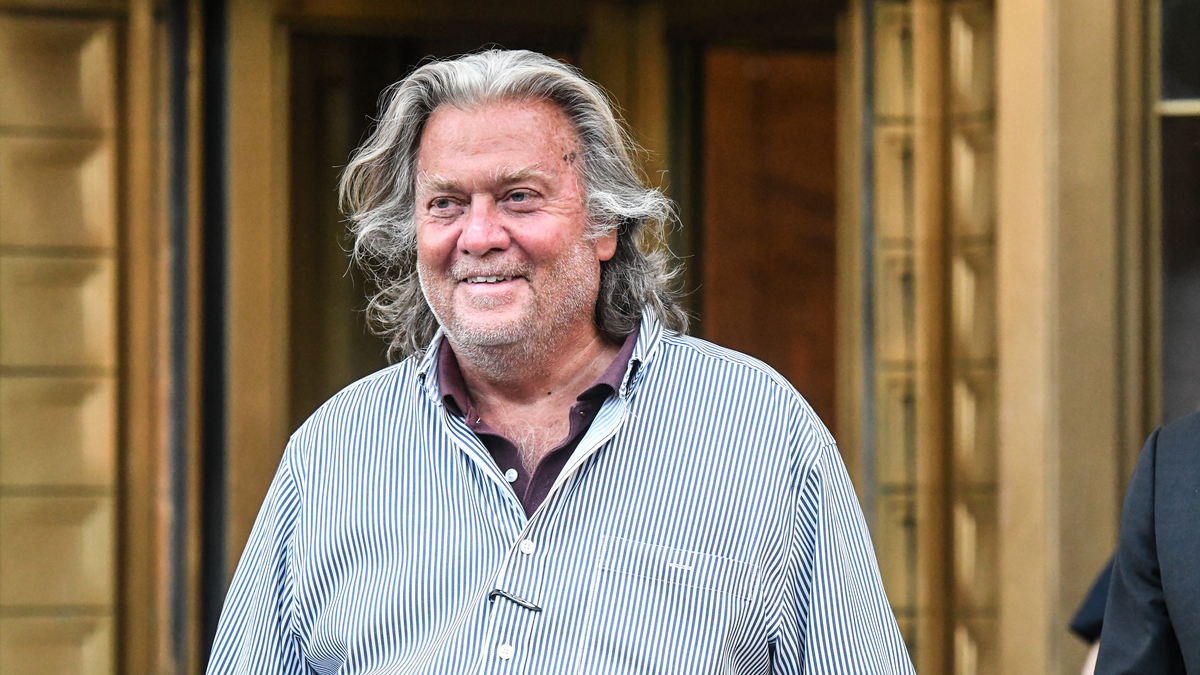 The seven pages were spreading false claims and conspiracy theories about voter fraud. They collectively had amassed more than 2.45 million followers, according to the activist group Avaaz, which alerted Facebook to the network on Friday.

The pages include a group "originally named 'Stop the Steal' which later became 'Gay Communists for Socialism' and misled people about its purpose using deceptive tactics," according to Facebook spokesman Andy Stone. Those tactics "artificially boost[ed] how many people saw their content," Stone said.

"Stop the steal" has become a rallying cry for supporters of President Donald Trump who baselessly allege cheating in the election and the vote-counting process. Last week, Facebook removed a large group called "Stop the Steal" that had gained more than 360,000 followers within a day of being created. The Washington Post was the first to report the latest removals of the Bannon-linked pages.

YouTube said it had given Bannon's channel a "strike," disabling it from uploading new videos for at least a week. (The company grants accounts three strikes before it terminates them.)

Avaaz said some of the pages Facebook removed were also connected to Brian Kolfage, who, along with Bannon and two others, was indicted in August on federal charges of defrauding donors in an online campaign called "We Build the Wall." Bannon, Kolfage and the other defendants have all pleaded not guilty to the charges.