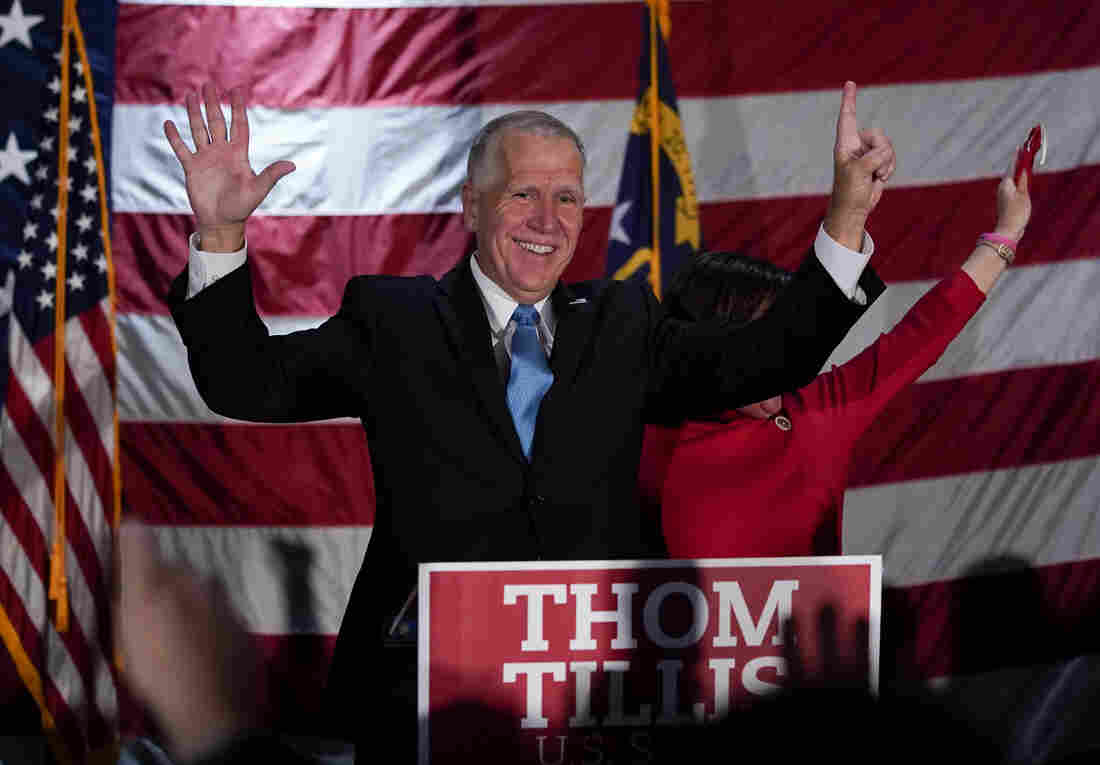 Sen. Thom Tillis, R-N.C., celebrates at an election night rally in Mooresville, N.C., but it took several days after Election Day before Democrat Cal Cunningham conceded. The Associated Press has not yet called the race. Chris Carlson/AP hide caption 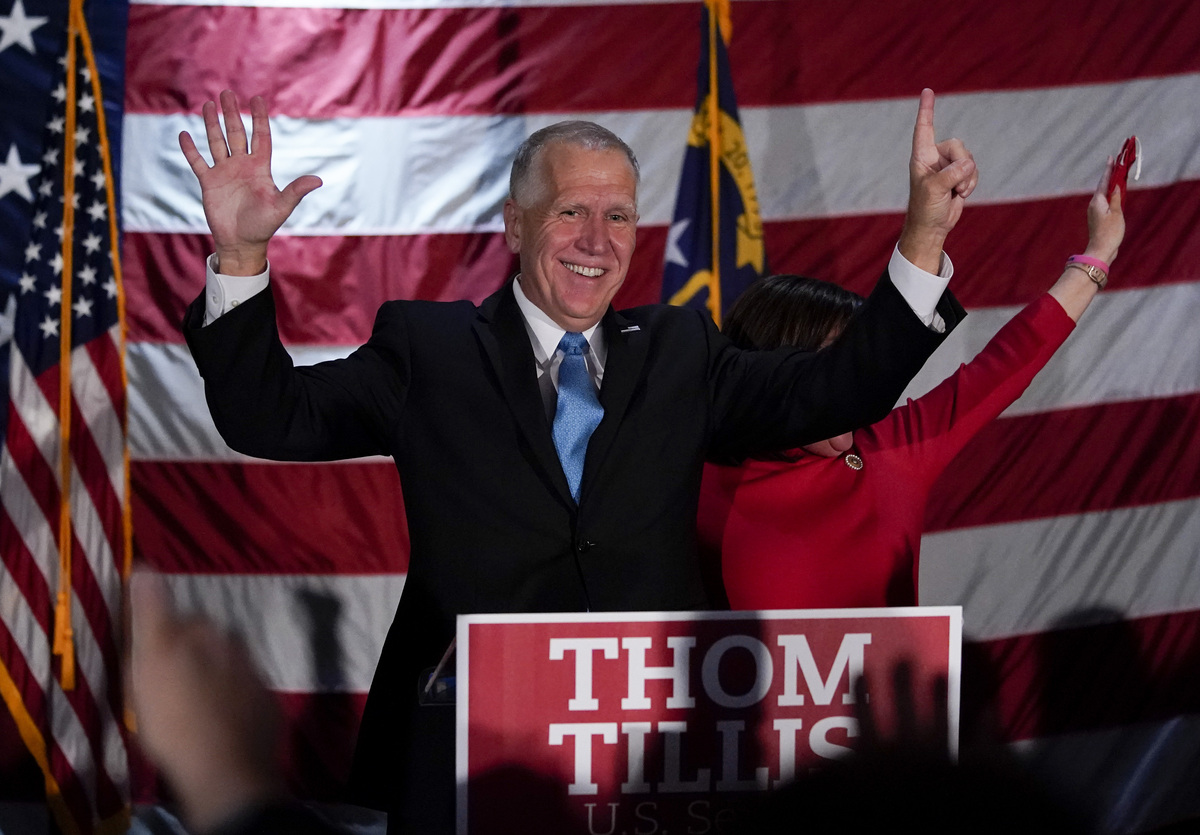 Sen. Thom Tillis, R-N.C., celebrates at an election night rally in Mooresville, N.C., but it took several days after Election Day before Democrat Cal Cunningham conceded. The Associated Press has not yet called the race.

Republican Sen. Thom Tillis has won reelection in North Carolina as Democratic challenger Cal Cunningham conceded on Tuesday. Democrats were hoping to oust Tillis and several other GOP incumbents and take control of the Senate next year, but this latest loss is part of what has become a Republican firewall in Southern and Western states that positions the party to retain its majority.

Cunningham said in a statement that he had called Tillis to congratulate him.

"The voters have spoken and I respect their decision," Cunningham said.

My statement on the results of this race: pic.twitter.com/dWo5gipxw8

The Associated Press initially said the race was too close to call, but on Wednesday afternoon called the race for Tillis.

Now Senate control is set to be determined by the outcome of two runoff elections in Georgia on Jan 5. The Alaska Senate race is not decided yet, but Republicans are confident that GOP Sen. Dan Sullivan will win there.

Money flowed into more than a dozen competitive 2020 Senate contests, but North Carolina was among the top-tier races, as the Democratic and Republican parties broke records in spending more than $250 million on this one seat.

Democrats have long hoped to make headway in the state's large and growing suburban areas near Charlotte and around the Research Triangle near Raleigh, Durham and Chapel Hill. President Trump's approval ratings in those areas have fallen in recent years, giving Democrats hope of eventually turning the once reliably Republican state in their favor.

The presidential race in the state has still not been called by The Associated Press either, but the president is ahead in the vote count and it appears unlikely Joe Biden will be able to overtake him.

The race between Tillis and Cunningham, a retired military officer, was tight for months, but the Democrat lost ground when reports surfaced about his marital infidelity involving the wife of a veteran. He admitted to and apologized for his actions, but then limited campaign appearances.

Tillis, who contracted the coronavirus after attending a White House event for Amy Coney Barrett, the president's Supreme Court nominee, was briefly sidelined from the campaign trail. But he returned for Barrett's confirmation and campaigned as a strong supporter of Trump.