Accessibility links
McConnell, Schumer Reelected To Lead Senate Parties : Updates: 2020 Election Results Senate Majority Leader Mitch McConnell and Senate Minority Leader Chuck Schumer will continue in their leadership roles in the next Congress. But control of the chamber won't be decided until January. 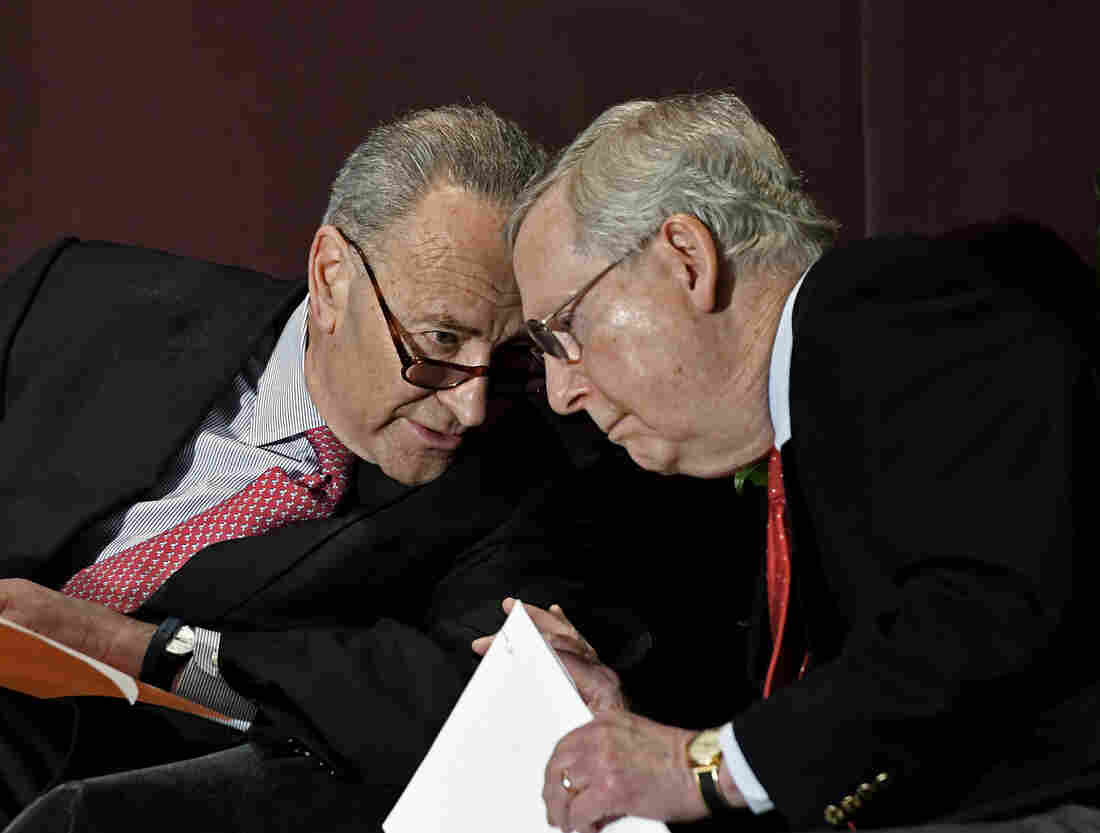 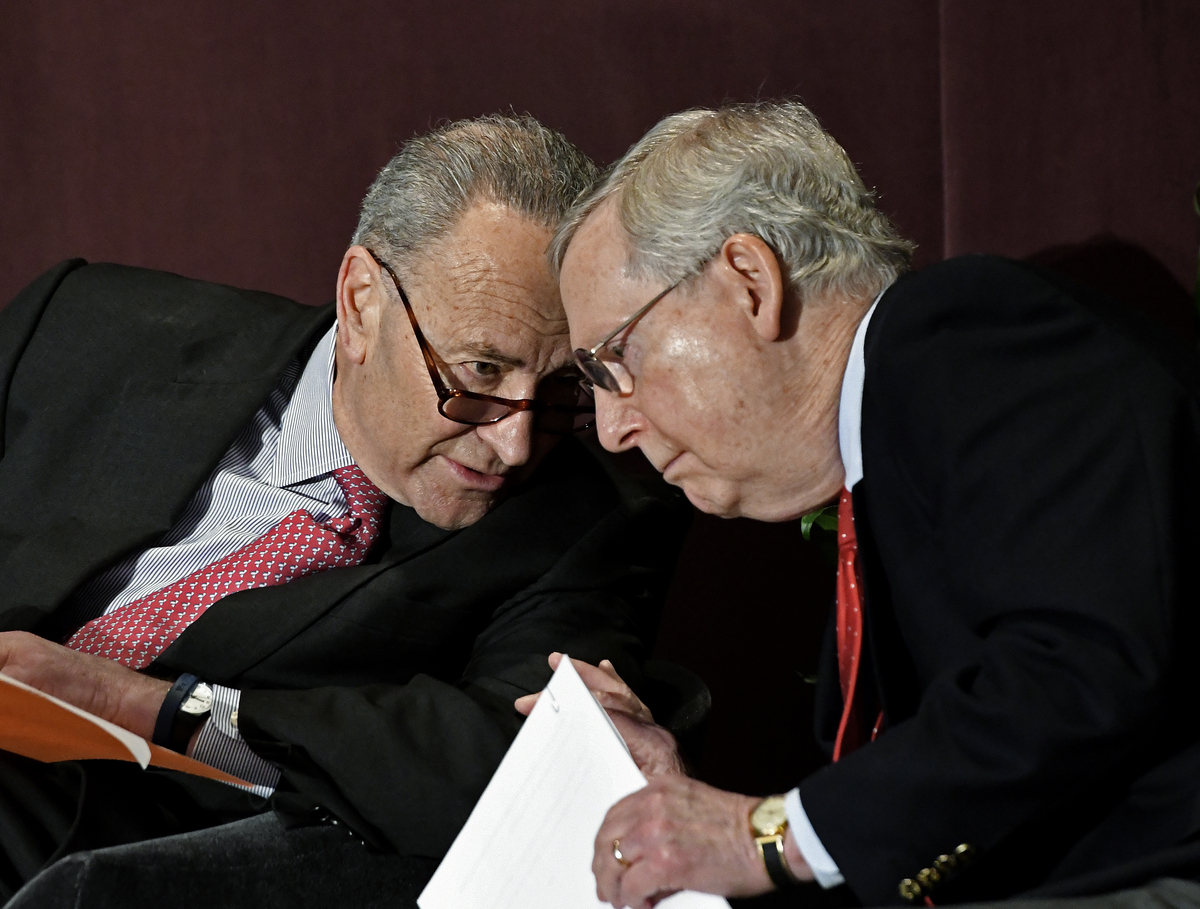 There were no leadership challenges to any senator in either party, but both the Republican and Senate campaign operations will have new leaders for the 2022 midterm elections. Florida Sen. Rick Scott will take over the National Republican Senatorial Committee. Democrats will determine their chair at a later date, according to a Democratic aide. The current chair, Nevada Sen. Catherine Cortez Masto, will take on a new role as the party's vice chair of outreach.

Final control of the Senate will remain in limbo until after two Jan. 5 special elections take place in Georgia. Currently, McConnell is projected to have 50 seats, and Democrats 48 seats (2 independents caucus with the Democrats). If the two GOP-held seats were to flip, Democrats would take the majority because in a 50-50 Senate, the vice president breaks the tie. Republicans are favored in both elections, and the party has a long and winning track record in special elections in the state.

The House will hold their leadership elections next week. Likewise, Speaker Nancy Pelosi and Minority Leader Kevin McCarthy are expected to be reelected to their posts.