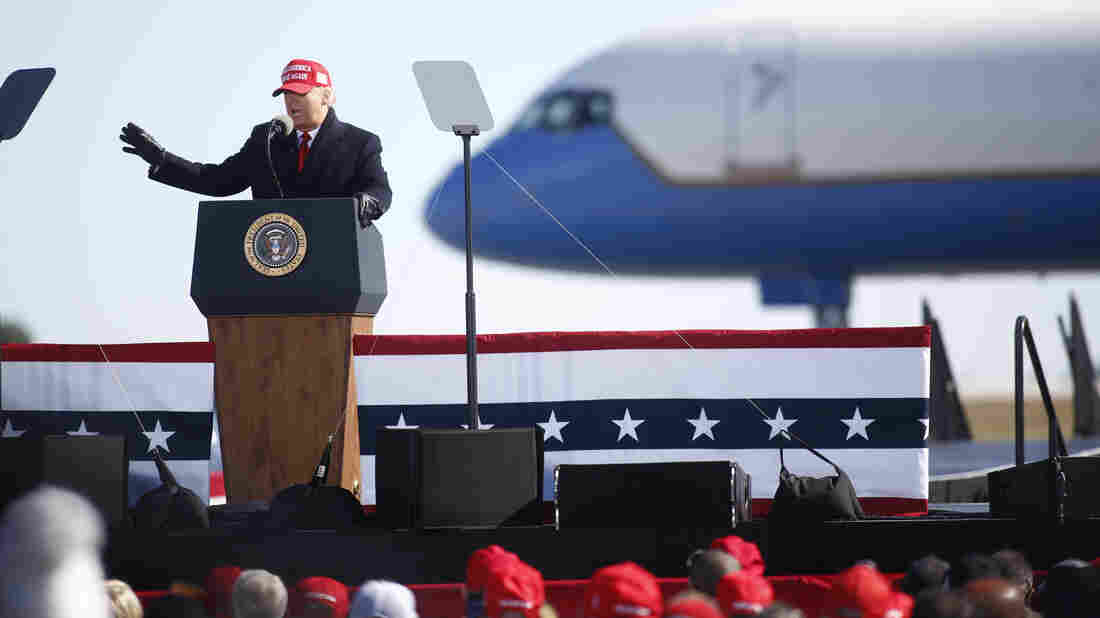 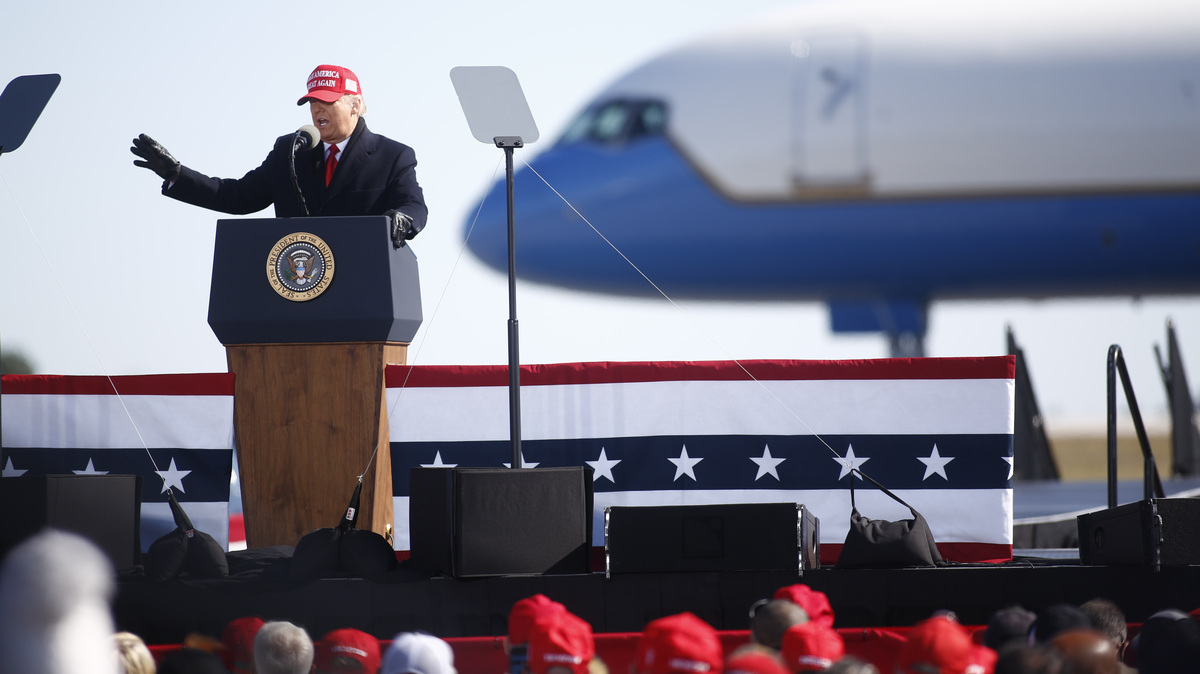 President Trump delivers remarks during a campaign rally at Fayetteville Regional Airport in North Carolina on the night before Election Day.

The Associated Press has called North Carolina for President Trump, with its 15 electoral votes, nearly wrapping its state calls for the 2020 election. Joe Biden has already been called as the winner of the presidential race by the AP and others and has started planning his transition.

Between the call for North Carolina on Friday and AP's call on Wednesday that Trump had won Alaska, Trump now has 232 electoral votes, compared with Biden's 290. A total of 270 electoral votes is required to win the presidency.

The Associated Press declared Trump the winner in North Carolina on Friday after concluding there were not enough outstanding ballots remaining to be counted that would allow Biden to overtake Trump's lead of 73,697 votes in the state. Friday was deadline for counties in North Carolina to certify their results. Following updates from most counties in the state, Trump leads Biden by 1.3 percentage points.

North Carolina was one of the most hard-fought states of this presidential election, inundated with advertising as it also had competitive Senate and gubernatorial campaigns. Trump held several large rallies there, including on the night before Election Day in Fayetteville.

The state went for Trump by more than 3 points in 2016 and appeared to be a toss-up in 2020 polling. North Carolina last voted Democratic in the 2008 presidential election, and before that, it had been more than 30 years since Democrat Jimmy Carter carried it in 1976.

Just one state — Georgia — remains to be called by the AP. Amid a tight race there, the secretary of state announced a hand recount on Tuesday.