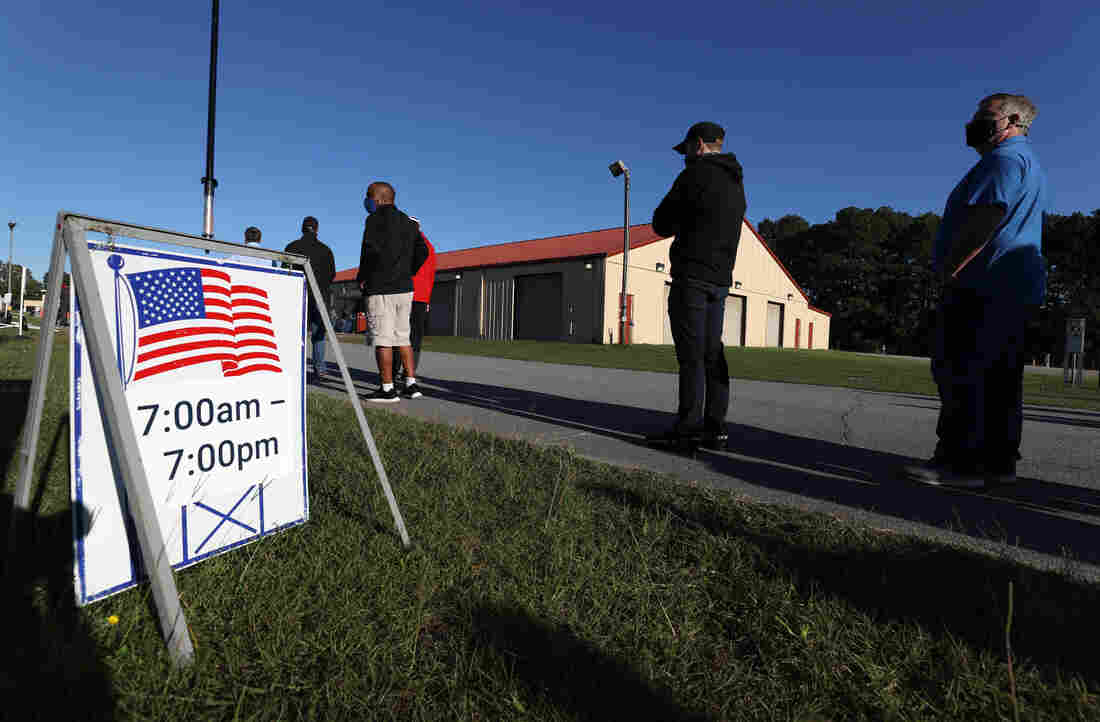 Voters line up at Gwinnett County Fairgrounds last month in Lawrenceville, Ga., to cast their ballot on the final day of early voting in Georgia. Justin Sullivan/Getty Images hide caption 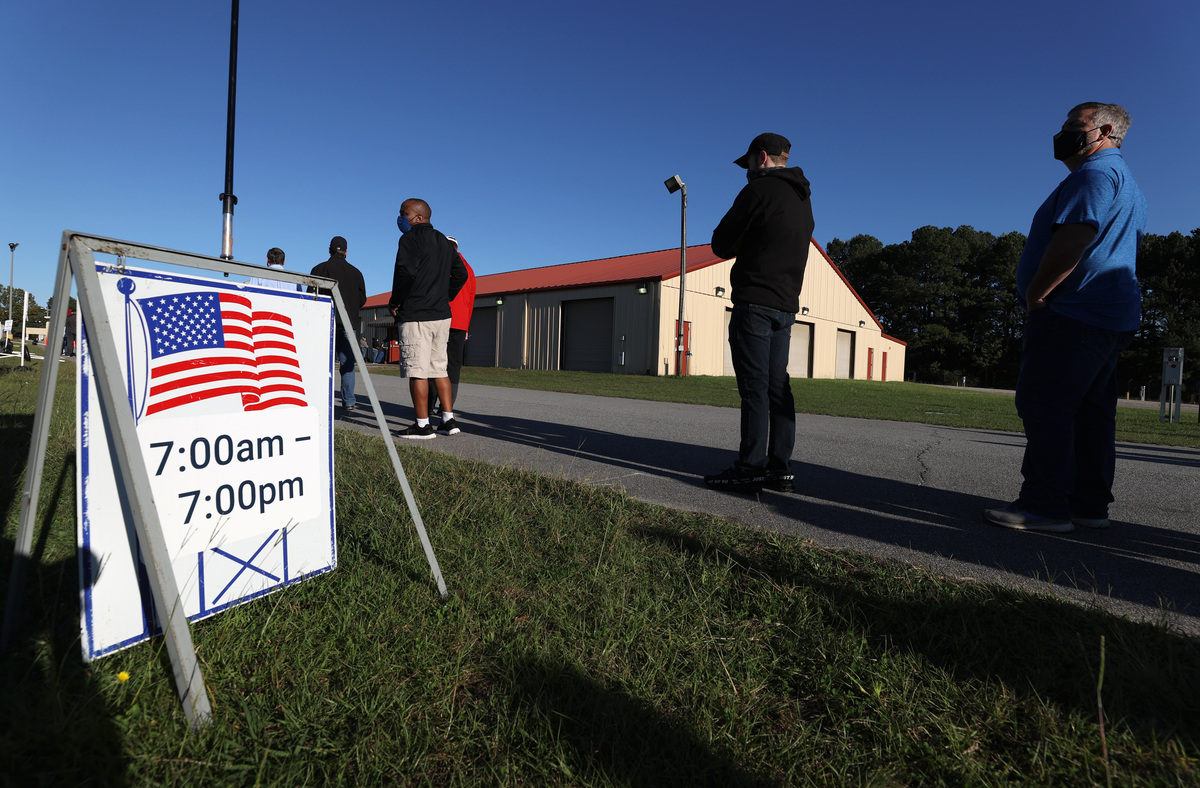 Voters line up at Gwinnett County Fairgrounds last month in Lawrenceville, Ga., to cast their ballot on the final day of early voting in Georgia.

Georgians shattered voting records in the 2020 election. Roughly 5 million people voted in the state, up from around 4.1 million in 2016.

Fair Fight Action, a Georgia-based organization founded in 2018 by former state House minority leader and 2018 Democratic gubernatorial candidate Stacey Abrams, is credited with being instrumental in the voter participation boom.

Lauren Groh-Wargo, CEO of Fair Fight, says the group's voter outreach campaign in the state is far from over.

"There are still hundreds of thousands of Georgians who chose not to vote," Groh-Wargo said in an interview with NPR's Morning Edition host Noel King. "We have to continue to do our work as an organization to reach out to voters and meet them where they are and listen to them."

While votes are still being counted in Georgia's presidential race, President-elect Joe Biden, who holds a 14,000-vote lead, is favored to win. In response to President Trump's baseless claims about election fraud, there will be a hand recount.

"I don't think there's any doubt we have beat Donald Trump by 14,000," Groh-Wargo says. But, she adds, the narrow vote count margin "shows that every vote does matter."

The state is also planning runoff races in January for two U.S. Senate seats, which will determine which party will control the chamber.

Groh-Wargo believes Trump's voter-fraud conspiracy is a "disinformation campaign as a political strategy."

"Trump knows he can't reverse the outcome to this race. This is an organizing tactic to attempt to energize Republican voters for the January runoff," Groh-Wargo, who's backing Jon Ossoff and Raphael Warnock, the Democratic candidates running for those Senate seats.

If they win, Ossoff and Warnock will bring progressive values to the party under Biden, a moderate Democrat, and greatly shift the weight of power to Democrats in Washington.

"Only Joe Biden with a Democratic Senate have any hope of getting something done for the American people on COVID and the economy," she says.