Accessibility links
Trump Election Lawsuits Face More Setbacks And Defeats : Updates: 2020 Election Results On Friday, courts in Pennsylvania and Michigan shot down Trump campaign challenges to the states' elections and counting processes. And in Arizona, another case was "rendered unnecessary." 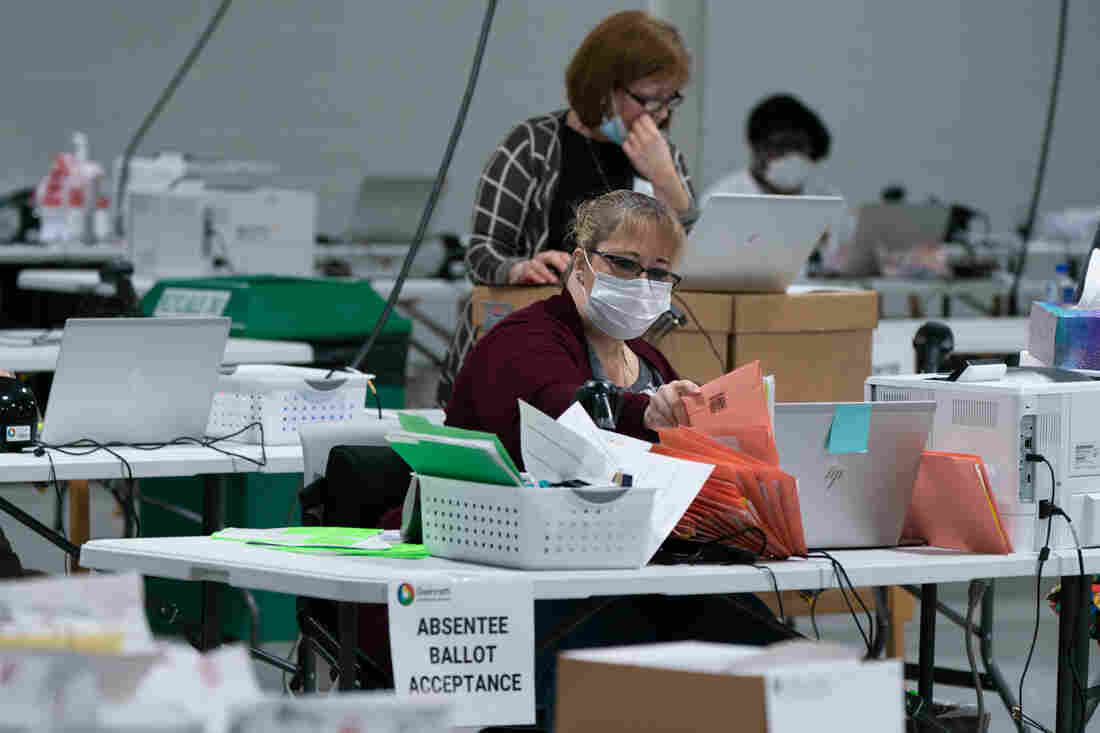 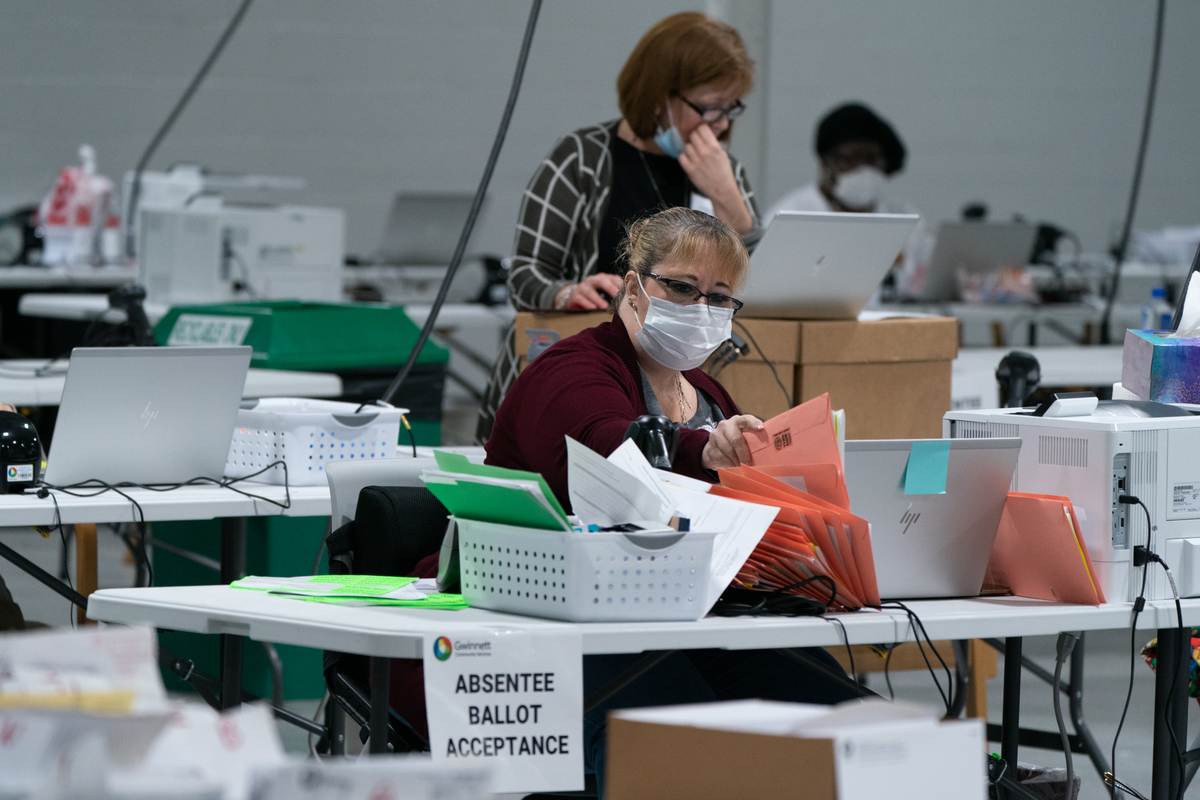 Election personnel sort ballots in preparation for an audit at the Gwinnett County Board of Voter Registrations and Elections offices on Saturday in Lawrenceville, Ga. President Trump's attempt at legal action to contest the results of the election have so far been mostly unsuccessful.

President Trump's legal challenges to the election met with a series of defeats and setbacks on Friday as judges found the Trump campaign's arguments and evidence that there was widespread fraud and irregularities with the vote to be lacking.

An appeals court in Pennsylvania rejected an objection by Trump's lawyers to practices involving mailed ballots; a Michigan judge threw out claims made by the campaign as "incorrect and not credible."

In a case in Arizona, where Democrat Joe Biden holds a slender lead over Trump, the president's lawyers admitted the judge no longer needed to weigh in because "the tabulation of votes statewide has rendered unnecessary a judicial ruling as to the presidential electors."

"Trump's legal strategy seems to be aimed at denying the inevitable," said Marc Elias, the top Democratic election lawyer, during a call with reporters Friday.

Trump's efforts haven't been defeated in every single case, but even victories don't seem likely to turn the tide. In Pennsylvania on Thursday, a judge ordered that the state could not count ballots that had been set aside because they had been cast under a policy changing the relevant deadline. However, the number of ballots isn't sufficient to change the outcome of the election.

Overall, the legal campaign does not appear to be making headway in its manifold attempts to contest the result in federal court and the courts of key states. It's encountering other headwinds as well, including the withdrawal of law firms that had been engaged to take on the cases.

Trump and advocates have made broad claims about what they call fraud or impropriety in the election — ones rejected by the nation's relevant officials — but attorneys are more sensitive about what they're willing to state before a judge in court, frequently conceding they did not have any evidence.

Trump's public relations strategy appeared set to continue. The campaign is soliciting contributions for what it calls its legal defense fund, but which also go toward covering other costs, and Trump suggested on Friday that he might join a rally scheduled for Saturday in Washington.

Vice President Pence, meanwhile, said at an event in Washington that Trump isn't prepared to concede and that the legal challenges would continue.