Accessibility links
Trump Campaign To File For Partial Recount In Wisconsin : Updates: 2020 Election Results The campaign is filing for recounts in Milwaukee and Dane counties — and paying $3 million for it. Wisconsin does not have automatic recounts, although a losing candidate can file a sworn petition. 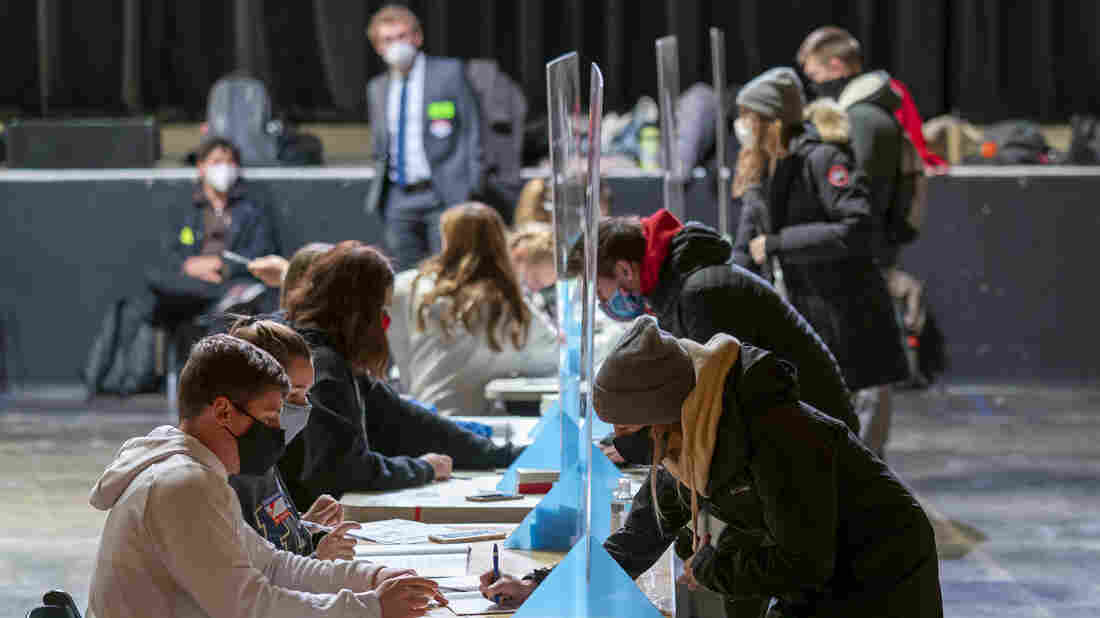 Poll workers check voters' identifications on Election Day at the Orpheum Theater in Madison, Wis. The Trump campaign has announced it is filing for a recount in two Wisconsin counties. Andy Manis/Getty Images hide caption 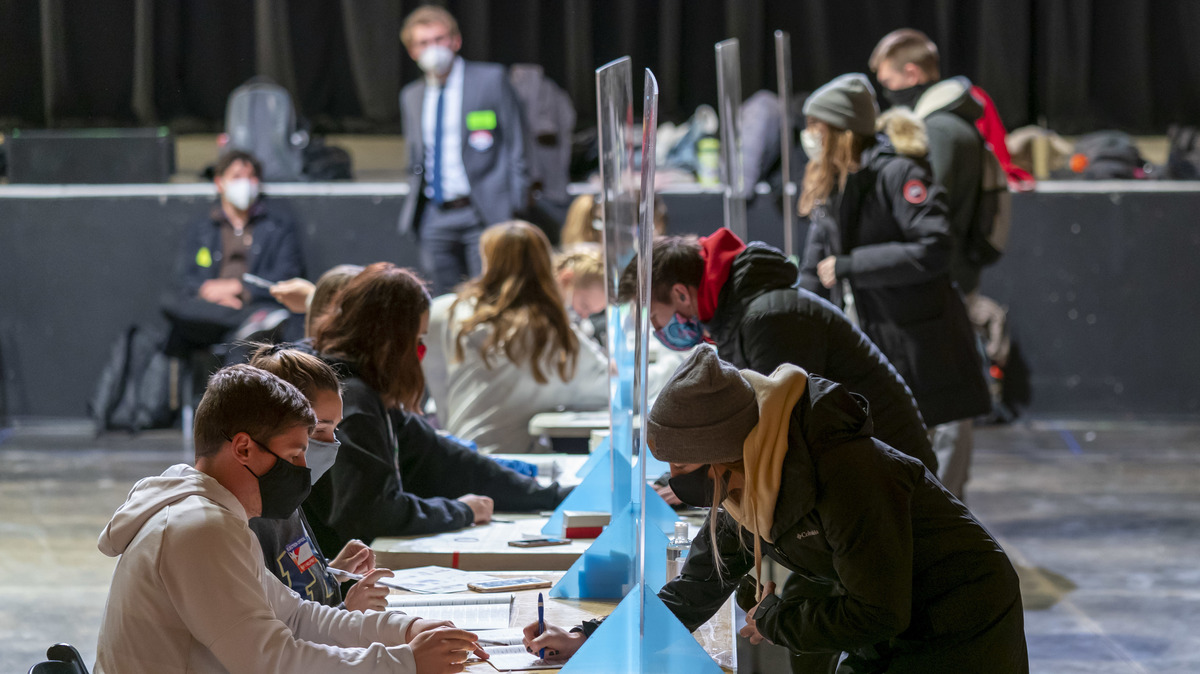 Poll workers check voters' identifications on Election Day at the Orpheum Theater in Madison, Wis. The Trump campaign has announced it is filing for a recount in two Wisconsin counties.

President Trump's campaign announced Wednesday morning it is filing a petition to formally ask election authorities to conduct a recount in two Wisconsin counties. President-elect Joe Biden won the state by a little more than 20,000 votes.

It's the latest move in a string of largely failed legal attempts on behalf of the Trump team to challenge the election results.

The recount request in Wisconsin shouldn't come as a surprise: The Trump campaign previewed the decision only a day after Election Day. The deadline for filing such a petition is 5 p.m. Wednesday.

The campaign is asking for recounts in Milwaukee and Dane counties, which it alleges experienced the most election irregularities.

Biden's largest vote gain in the state came from Dane County, home to Madison and the University of Wisconsin, winning it by 35,000 more votes than Hillary Clinton did four years ago.

Although Wisconsin does not have automatic recounts, state law allows a losing candidate behind by 1% to file a sworn petition, along with a filing fee. The state will only pay for a recount if the margin of victory is .25% or less.

The Wisconsin Elections Commission confirmed in a tweet it had received a $3 million wire transfer from the campaign to cover the estimated cost of the recounts.

"No petition has been received yet, but the Trump campaign has told WEC staff one will be filed today," the tweet said.

In a Nov. 10 statement, Meagan Wolfe, the state's nonpartisan top election official, refuted the campaign's claims of fraud, saying the election "was conducted according to law and in the open."

The campaign's decision to petition for a recount won't likely lead to a change in results. Recounts tend to end with the changing of dozens, perhaps hundreds, of votes. Flipping tens of thousands of votes, which Trump would need to change the election results, is unlikely. Moreover, Wisconsin's 10 electoral votes would not change Biden's lead overall or push him below the 270 threshold needed to win the election.