Accessibility links
Former President Barack Obama Speaks On Floyd Protests : Live Updates: Protests For Racial Justice In a virtual town hall, the former president did not mention his successor. But he did extol the young demonstrators who he said give him hope the country will get better. 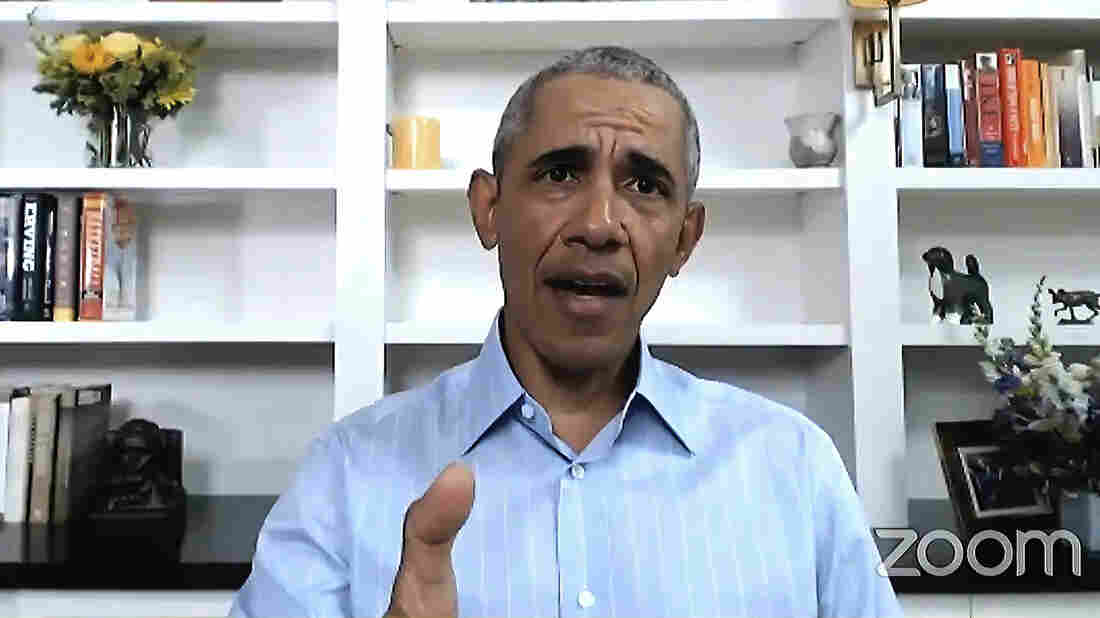 Former President Barack Obama speaks Wednesday, during virtual town hall event with young people to discuss policing and the civil unrest that has followed the death of George Floyd. My Brother's Keeper Alliance and The Obama Foundation via AP hide caption 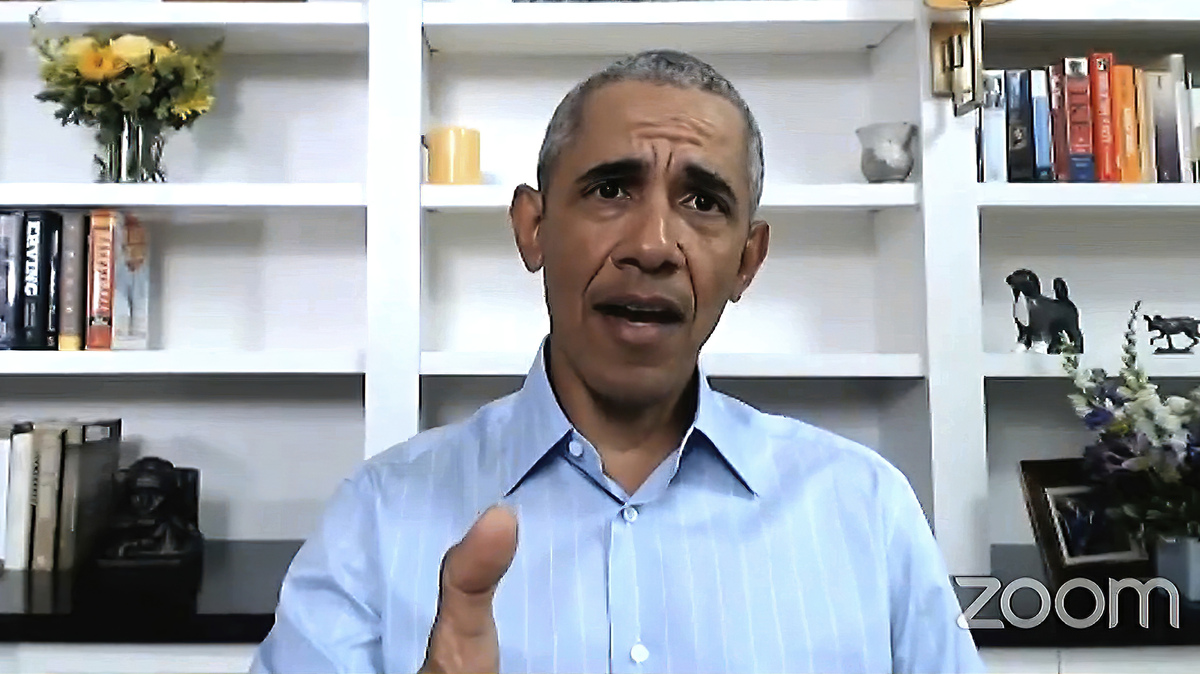 Former President Barack Obama speaks Wednesday, during virtual town hall event with young people to discuss policing and the civil unrest that has followed the death of George Floyd.

My Brother's Keeper Alliance and The Obama Foundation via AP

Venturing further into the public discourse he had largely held back from since relinquishing the Oval Office to President Trump, former President Barack Obama joined a virtual town hall Wednesday to advocate for the kind of hope and change that once inspired a nation to twice elect him as its leader.

"We have seen in the last several weeks, last few months, the kinds of epic changes in events in our country that are as profound as anything that I've seen in my lifetime," the 58-year-old onetime community organizer told his unseen, online audience in a Zoom videoconference organized by My Brother's Keeper Alliance, a part of the Obama Foundation.

But Obama was clearly the main attraction.

Sitting in shirtsleeves with sparsely filled bookshelves as a backdrop, the 44th president declared that despite the tragedy of the death of George Floyd in Minneapolis and the disproportionate toll on communities of color taken by the coronavirus pandemic, he remained optimistic because so many young people are getting galvanized and motivated.

"When sometimes I feel despair, I just see what's happening with young people all across the country, and the talent and the voice and the sophistication that they're displaying," he said, noting that Martin Luther King Jr., Cesar Chavez and Malcolm X all were young when they got involved in their causes. "And it makes me feel optimistic. It makes me feel as if, you know, this country's gonna get better."

The upcoming presidential election, in which Obama's former running mate Joe Biden is poised to challenge Trump, got nary a mention in the 90-minute session.

Obama observed that most of the changes needed for better and safer policing, such as barring the use of strangleholds, will have to happen at the local level.

"I've been hearing a little bit of chatter in the Internet about voting versus protest, politics and participation versus civil disobedience and direct action," he recounted. "This is not an 'either/or' — this is a 'both/and' — to bring about real change, we both have to highlight a problem and make people in power uncomfortable."

The current strife in America, he added, may draw comparisons with social upheaval and street protests in the 1960s. But he maintained that the diverse demographic makeup of demonstrations is different.

"You look at those protests, and that was a far more representative cross section of America out on the streets, peacefully protesting," he noted. "That didn't exist back in the 1960s, that kind of broad coalition."

That was the "hope" part of the former president's message.

There was also a call for change, with Obama issuing a warning that while "attention moves away at some point, protests start to dwindle in size," and that the quest for change was "a marathon, not a sprint."

"Just remember, this country was founded on protest: It is called the American Revolution, and every step of progress in this country, every expansion of freedom, every expression of our deepest ideals has been won through efforts that made the status quo uncomfortable," Obama said as he bid farewell to his audience. "And we should all be thankful for folks who are willing, in a peaceful, disciplined way, to be out there making a difference."