Accessibility links
Manuel Ellis Killing: Tacoma Mayor Says Officers 'Should Be Fired' : Live Updates: Protests For Racial Justice A medical examiner ruled this week the black man's death in police custody was a homicide, and the officers were placed on leave. But the Washington city's top politician says that's not enough.

Tacoma Mayor: Officers Who Arrested Manuel Ellis 'Should Be Fired And Prosecuted'

Tacoma Mayor: Officers Who Arrested Manuel Ellis 'Should Be Fired And Prosecuted' 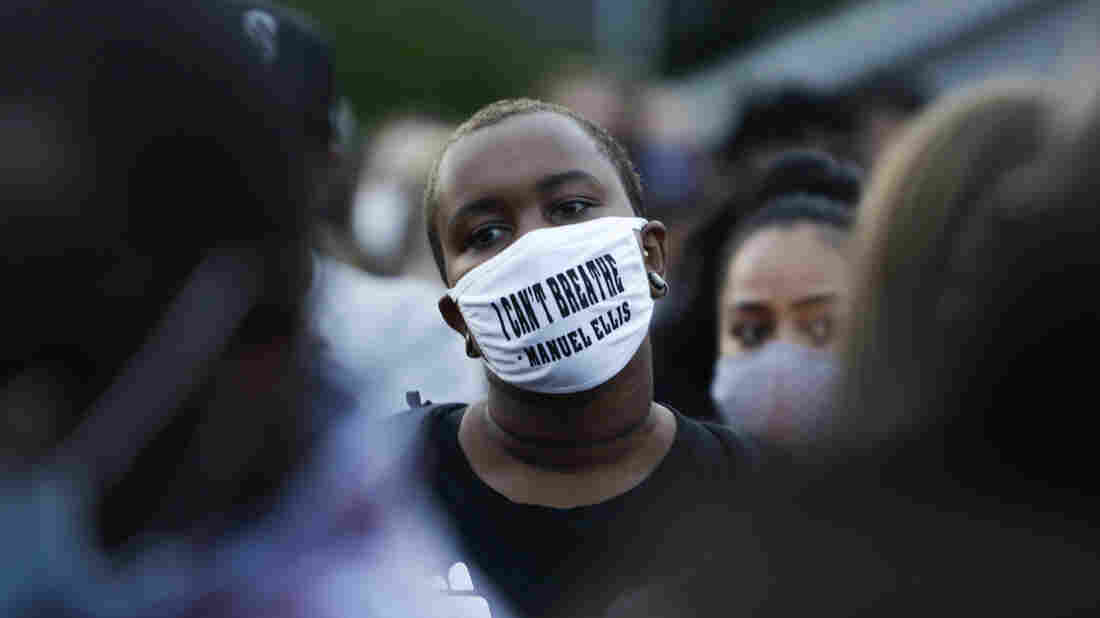 A man at a vigil this week wears a mask with the words "I can't breathe" above the name of Manuel Ellis, a 33-year-old black man whose death in Tacoma, Wash., police custody was recently ruled a homicide. Jason Redmond/AFP via Getty Images hide caption 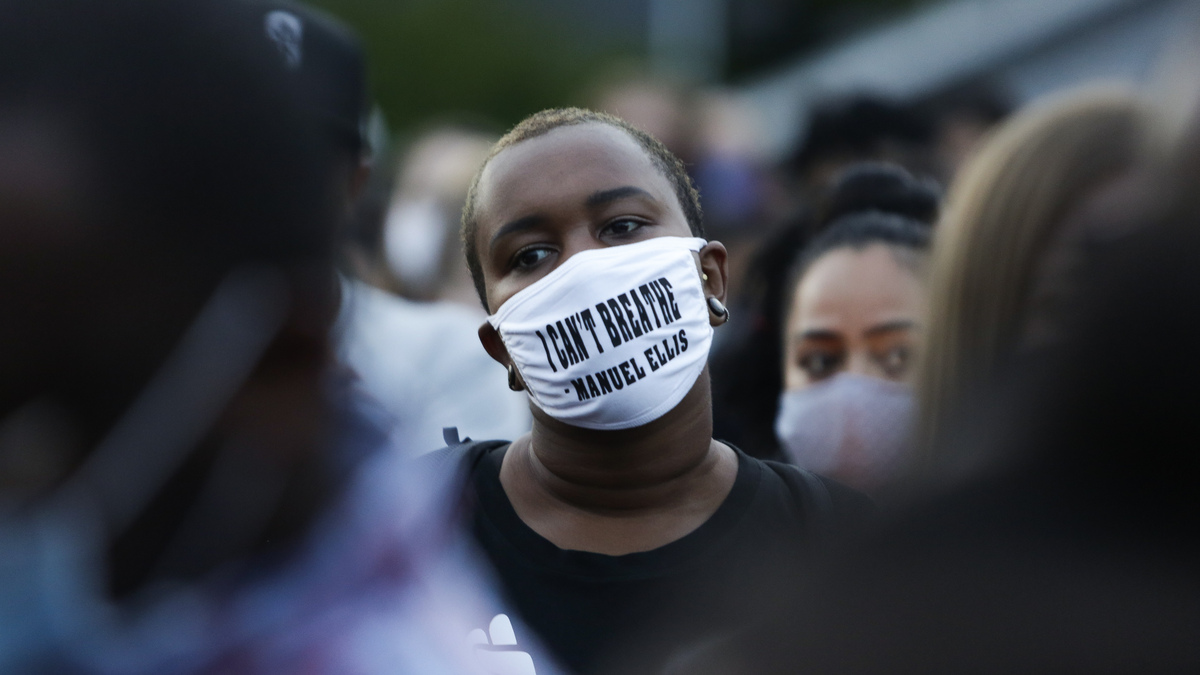 A man at a vigil this week wears a mask with the words "I can't breathe" above the name of Manuel Ellis, a 33-year-old black man whose death in Tacoma, Wash., police custody was recently ruled a homicide.

The mayor of Tacoma, Wash., is calling for four officers involved in the arrest of Manuel Ellis, a black man who was killed while in police custody, to be "fired and prosecuted to the full extent of the law."

"I am demanding tonight that the Pierce County sheriff review and confirm every action taken by each officer. I demand that the sheriff provide details of the actions of each officer on the scene," Mayor Victoria Woodards said in a statement that aired on television Thursday night. "And I am then directing the city manager to fire each officer involved."

The call for prosecution comes just days after the Pierce County Medical Examiner's Office classified Ellis' death in police custody as a homicide — in other words, a death due to someone else's actions, which doesn't automatically mean criminal charges. The medical examiner's report found that Ellis suffered respiratory arrest due to the manner in which Tacoma police officers restrained him.

Methamphetamine intoxication and heart disease also contributed to his death, according to the report.

Ellis, 33, a father of two who played drums and struggled with addiction and mental health, according to his family, died after his arrest in early March. Police said they saw him trying to open the doors of occupied cars and that he became combative when approached; they said it took four officers to get him to the ground in handcuffs.

But Ellis' family has questioned this narrative of his arrest, during which he was heard saying, "I can't breathe," while being restrained — much as George Floyd and Eric Garner did in two other deadly arrests ruled as homicide.

In Floyd's case, Minneapolis Mayor Jacob Frey had also called for charges before prosecutors charged his arresting officer with second-degree murder and others with aiding and abetting. Those charges have failed to quell the nationwide protests over police brutality, however, and national attention is now also trained on the Ellis' killing in Tacoma.

"From New York to Minnesota to Washington state — to Tacoma, Wash. — too many young African American men have said their last words. And those last words have been, 'I can't breathe,' at the hand of police officers," the Ellis family's attorney, James Bible, told a news conference Thursday. "That's what we have here with Manny — Manny Ellis. We find ourselves fighting for answers."

The four officers involved in the arrest were placed on leave following the release of the medical examiner's findings, according to the Tacoma Police Department. The Seattle Times reports that it's the officers' second time on leave in the case, with their first coming immediately after Ellis' death.

Woodards, who said she has found the Ellis family's argument to be a "powerful" one, has vowed to ensure a detailed, independent investigation into his death.

"To my community of African Americans," she said Thursday, "to my entire Tacoma community, to the Ellis family and to every other family who has been affected by this racism and by police brutality, I say this to you: I'm going to stand with you."