Accessibility links
Dallas Police Adopts 'Duty To Intervene' Policy To Prevent Abuse : Updates: The Fight Against Racial Injustice The rule requires police to act to prevent officers from using excessive force. The order comes after widespread outrage over the killing of George Floyd while being restrained by Minneapolis Police. 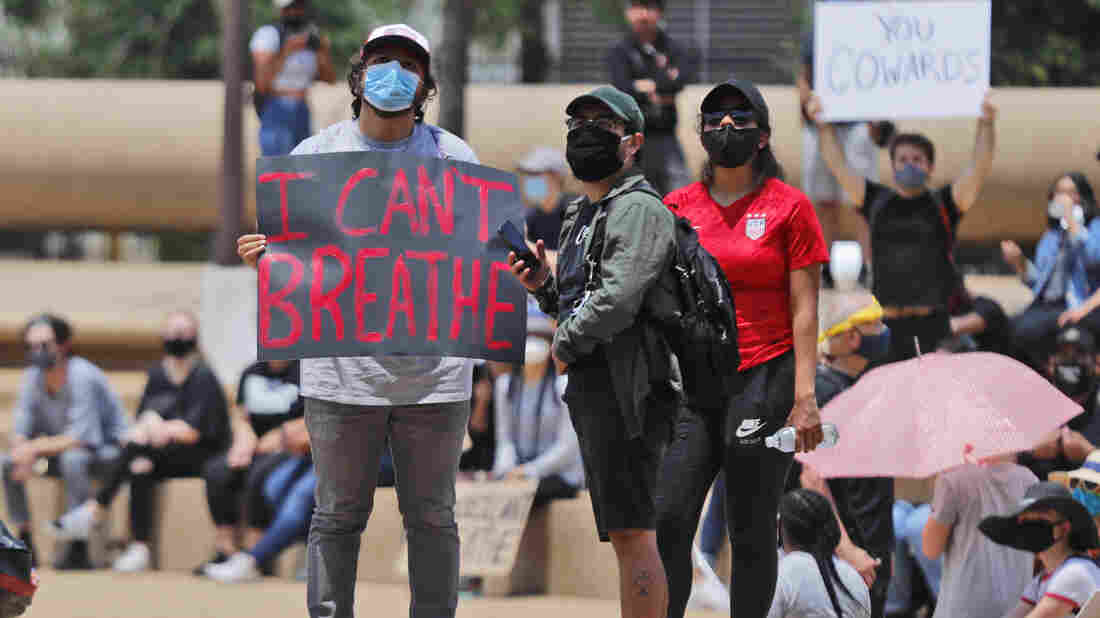 Protesters gather in front of Dallas City Hall on Tuesday. Texas Gov. Greg Abbott and local officials were inside to discuss the response to protests in Texas over the death of George Floyd. LM Otero/AP hide caption 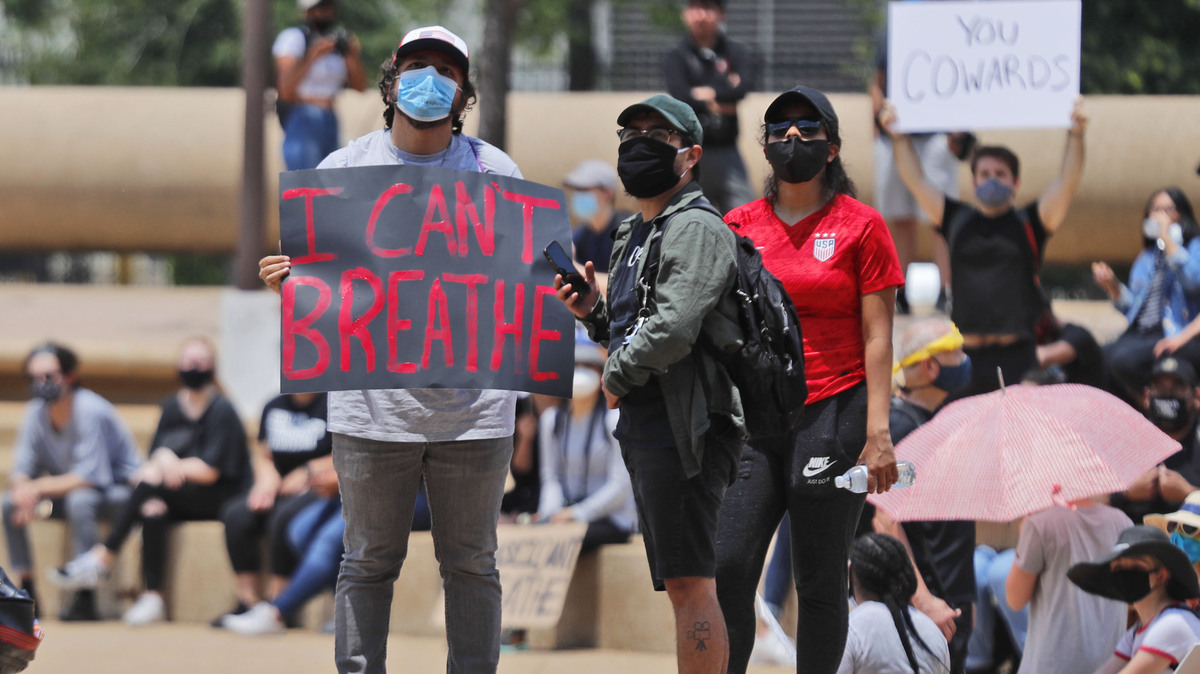 Protesters gather in front of Dallas City Hall on Tuesday. Texas Gov. Greg Abbott and local officials were inside to discuss the response to protests in Texas over the death of George Floyd.

Dallas police must intervene whenever a fellow officer is using excessive force, according to a new order from the city's police chief.

Chief Reneé Hall is implementing the "duty to intervene" policy for all of the city's sworn and non-sworn police officers, according to a statement released overnight Thursday.

The new general order, the department said, is meant to create a culture to prevent another death like George Floyd's, who was killed in Minneapolis police custody a week and a half ago. A video of the scene shows Derek Chauvin planting his knee on Floyd's neck while fellow officers stood nearby or helped restrain Floyd, who pleaded and said he couldn't breathe.

"Millions watched a Minneapolis police officer suffocate Mr. George Floyd to death by applying pressure with his knee on the victim's neck for nearly 9 minutes," the Dallas Police Department said. "Had the officer's partners intervened, the outcome might have been different."

All four officers seen in the video have since been fired, arrested and charged. Chauvin is charged with second-degree murder. The three other officers were charged with aiding and abetting murder.

Minneapolis appears to have a duty to intervene policy on the books since 2016.

It's unclear what type of action Dallas officers will face if they fail to comply with the rule. Other cities and states have been floating similar proposals in the wake of protests inspired by Floyd's death.

In Charlotte, N.C., the police department recently added language to its policies stating officers should take action in situations where "their failure to act would result in an excessive response to resistance or egregious behavior which shocks the conscience."

Demonstrators' accounts of law enforcement using excessive force have proliferated since the nationwide protests began. In Washington, D.C., this week, federal law enforcement and the National Guard fired chemical irritants and rubber bullets on a peaceful protest ahead of a photo-op by President Trump at a nearby church.

On Thursday, a 75-year-old man was injured in Buffalo, N.Y., after police officers shoved him, sending him to the ground. Both officers were put on unpaid leave.