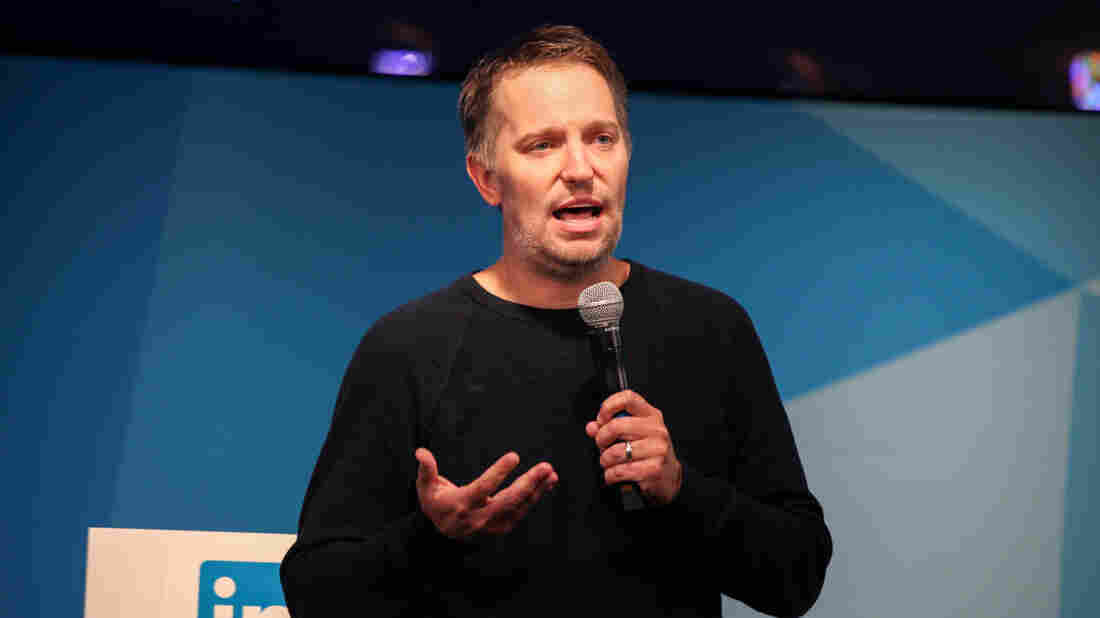 Ryan Roslansky, who became LinkedIn's CEO this week, said "offensive" comments during a meeting about racism "reinforced the very hard work we still have to do." Kelly Sullivan/Getty Images hide caption 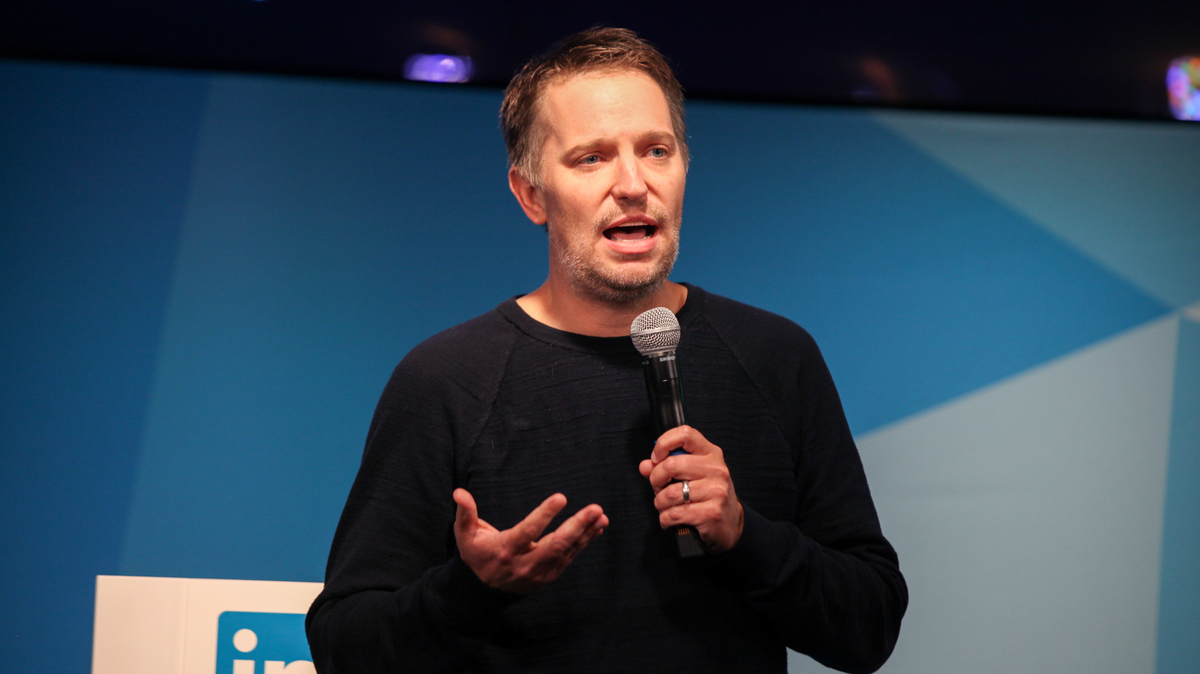 Ryan Roslansky, who became LinkedIn's CEO this week, said "offensive" comments during a meeting about racism "reinforced the very hard work we still have to do."

LinkedIn's CEO has apologized to staff after anonymous employees made "appalling comments" about racism and diversity during a companywide meeting.

"We are not and will not be a company or platform where racism or hateful speech is allowed," Ryan Roslansky wrote in an email to staff that was also posted on LinkedIn. Roslansky took over as CEO of the professional networking company this week.

The company, which is owned by Microsoft Corp., convened a virtual town hall over video Wednesday. Roslansky said more than 9,000 of the company's 16,000 global employees joined to discuss racial bias following the death of George Floyd, a black man, after a white police officer knelt on his neck for several minutes.

Some employees left anonymous comments in a chat box that appeared next to the video. They criticized the protests that have swept the country and questioned LinkedIn's diversity initiatives, according to a report by The Daily Beast.

One comment read: "Blacks kill blacks at 50 times the rate that whites kill blacks. Usually it is the result of gang violence in the inner city. Where is the outcry?"

Another said: "I believe giving any racial group privilege over others in a zero sum game would not get any support by others. Any thoughts on hurting others while giving privileges with the rosy name called diversity?"

LinkedIn declined to comment on the reported remarks beyond Roslansky's email.

"A small number of offensive comments reinforced the very hard work we still have to do," Roslansky said. He said the company had let staff ask questions without using their names "with the intention of creating a safe space for all. Unfortunately, that made it possible to add offensive comments without accountability."

Noting that LinkedIn users are required to use their real identities, he said the company would not allow anonymous comments in future staff meetings. He added that the presenters on the call, including himself, were not able to track the comments in real time. That too, he said, would not happen again.

"These are difficult conversations," she wrote. "We still need to have them. And we must not detach or pull further apart from one another, when what we need to do is come together."

The uproar at LinkedIn comes as companies in the tech industry and beyond seek to address the concerns over systemic racism and how racial bias affects their employees.

Big tech companies, in particular, have struggled to diversify. LinkedIn's most recent diversity report, released in November, shows black employees made up 3.5% of its U.S. workforce in 2019, up from 2% in 2014. Representation is even lower in technical roles, where 1.2% of U.S. workers are black, and in the company's leadership, which is 1% black.

"We're acutely aware of the work that still needs to be done, particularly in technical roles and within our U.S. Black and Latino populations," the 2019 report said.