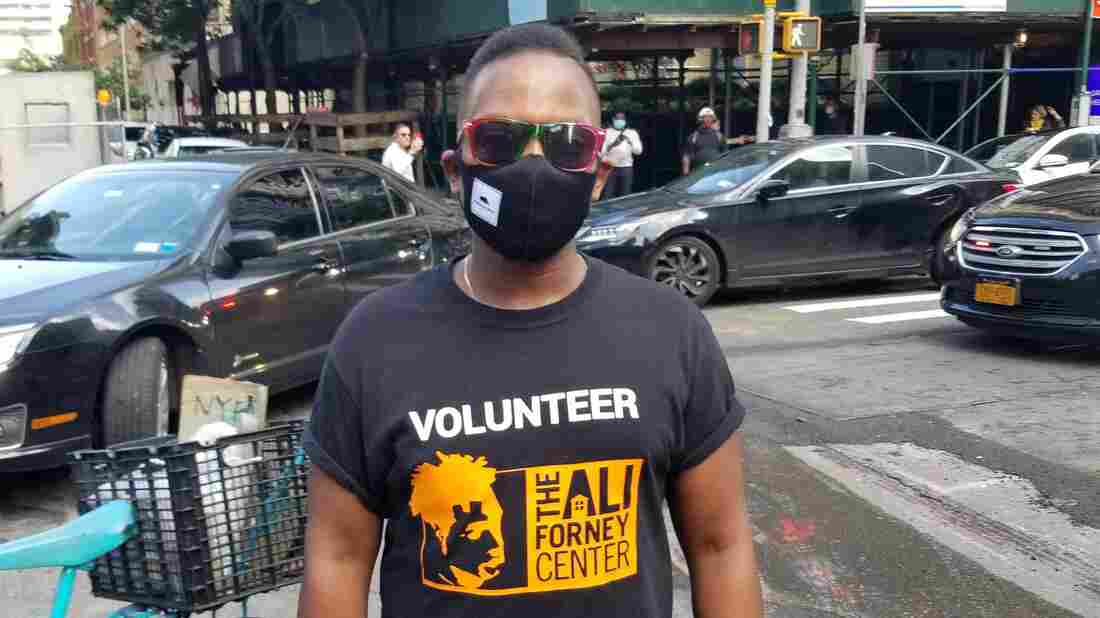 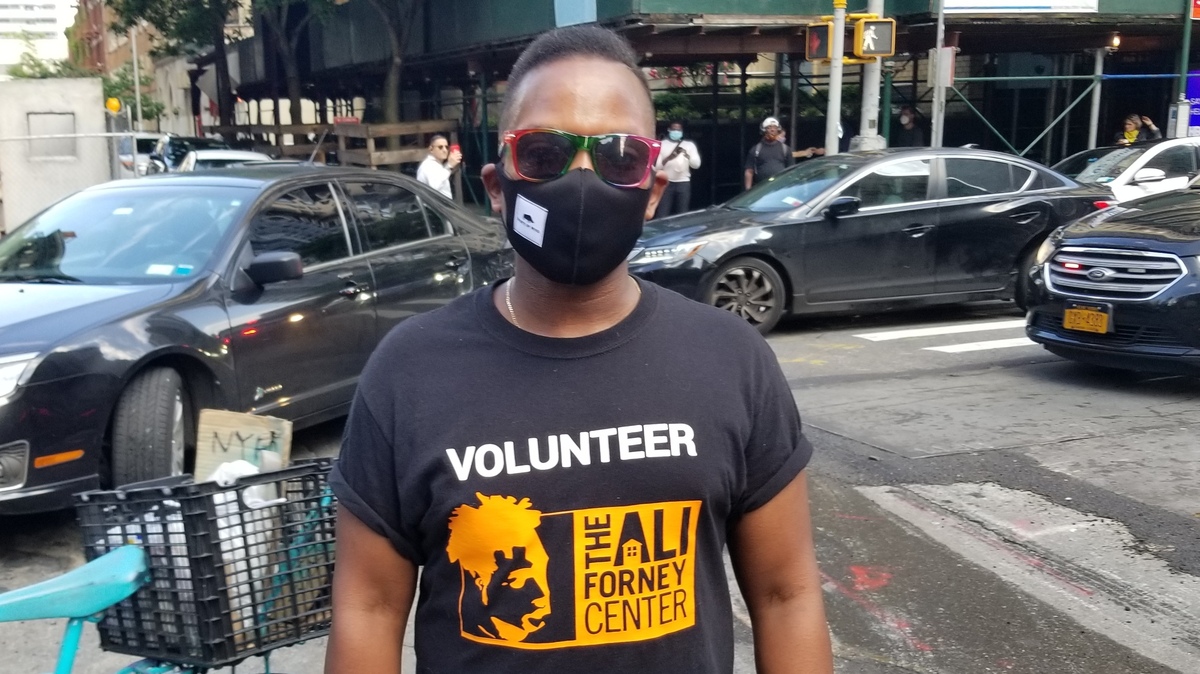 Billy Dume says he has focused his public activism primarily on LGBTQ issues. He says George Floyd's death led him to march for racial justice in New York City.

Billy Dume, who lives nearby in the East Village, told NPR he normally wouldn't be at this kind of demonstration.

"As a black person, I've actually been relatively passive," he said. "I've cultivated a life for myself where I've been kind of removed from direct pressures that impact black communities. I've kind of lived in a bubble where I kept my race out of the conversation."

Dume describes himself as financially successful, a graduate from a top university with a corporate job. He said he learned at college to play what he describes as a role.

"When I was graduating, I was told how great I would be as a minority hire because I'm a nonthreatening black person, because I don't speak with an urban accent, quote-unquote," Dume said.

On this day, tensions rose as police tried to detain one of the protesters. "Leave them alone!" people shouted. Eventually the officers backed off and the marchers moved on.

Dume is gay and said until now he's felt safer focusing his activism on LGBTQ rights, rather than race. Even his social media presence downplayed his blackness.

"I kind of left that piece of my identity out," he said.

"When I came home, there was a blockade of police officers, and I quite honestly was terrified because even though I knew that I wasn't doing anything I saw them looking at me," Dume recounted.

"I ran to my apartment and I was horrified and humiliated. I'm supposed to feel safer when police officers are around, not less safe."

So Dume decided to march against police violence. He said he also wants to talk more openly about his own experiences, the microaggressions he faces all the time.

Asked whether he feared that decision would bring a backlash in his personal and work life, Dume said, "I hope not. I hope I'm not naive thinking this movement is opening eyes and not cordoning off my opportunities."

Dume added that he would like to believe that most Americans want what he wants: for everyone to feel safe and be treated fairly and equally.

He marched on with the crowd as people chanted: "What do we want? Justice! When do we want it? Now!"

NPR would like to hear about your reaction to the high-profile deaths of African Americans in recent months and your personal experience as a black person in America. Please share your story here, and a reporter might contact you.