Accessibility links
Belgians Target Some Royal Monuments In Black Lives Matter Protest : Live Updates: Protests For Racial Justice Activists demand the removal of statues of King Leopold II, who oversaw the brutal colonization and exploitation of Congo. They hope the global spotlight on racial injustice will help them succeed. 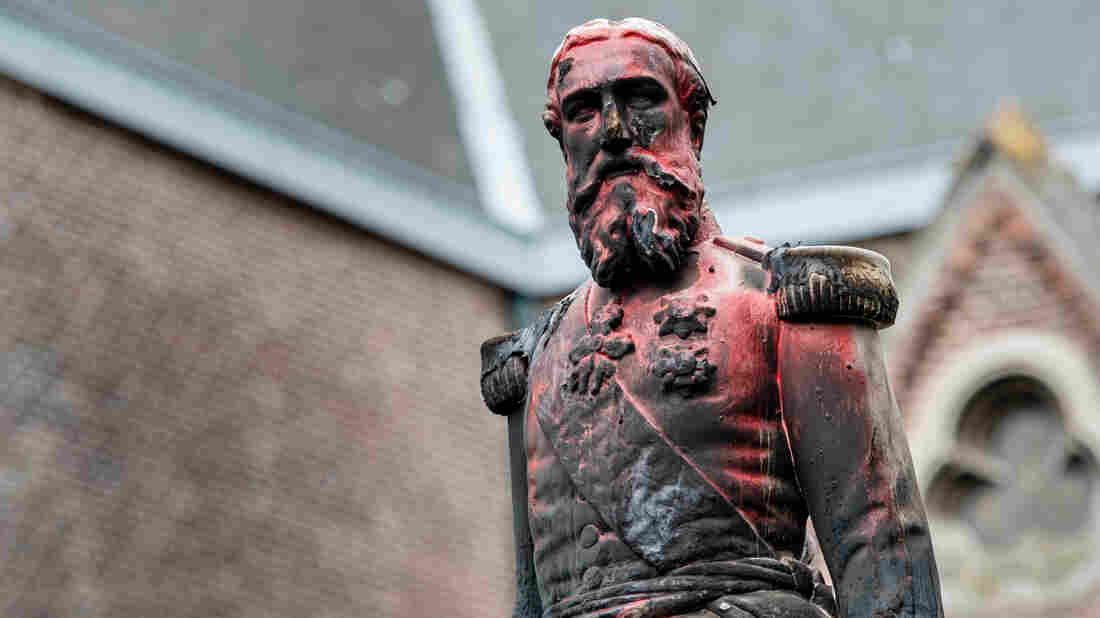 A statue of King Leopold II of Belgium is pictured on June 4 in Antwerp after it was set on fire the night before. Activists want statues of the colonial-era monarch removed. Jonas Roosens/Belga/AFP via Getty Images hide caption 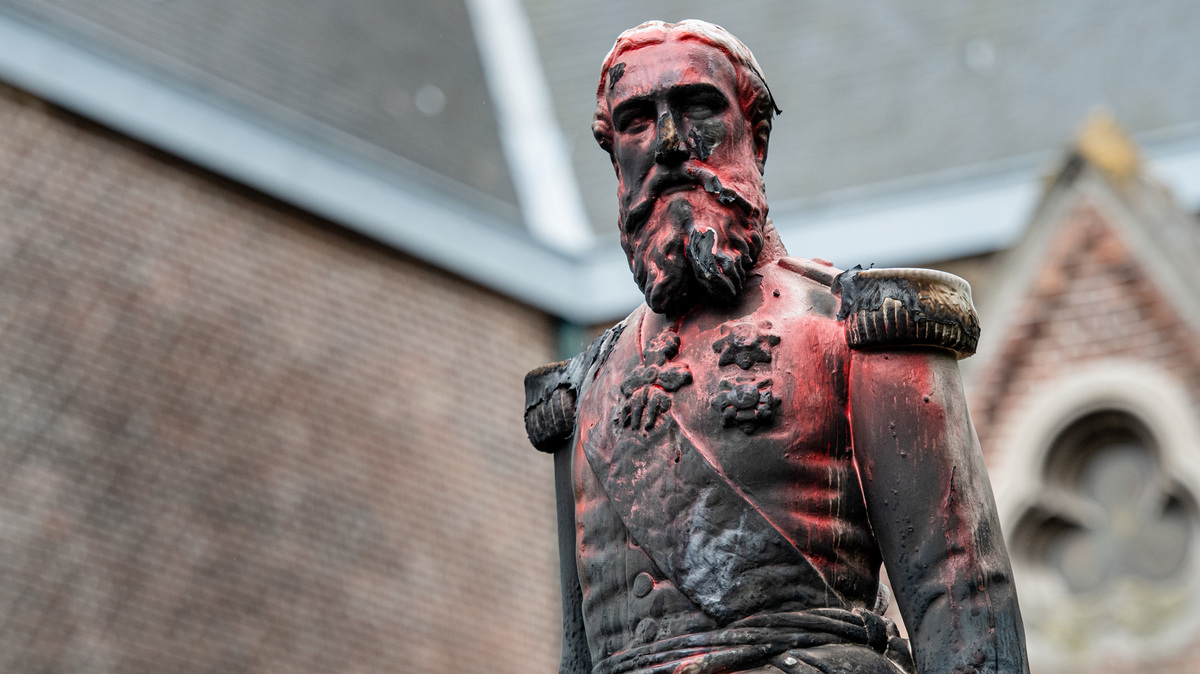 A statue of King Leopold II of Belgium is pictured on June 4 in Antwerp after it was set on fire the night before. Activists want statues of the colonial-era monarch removed.

As momentum from the Black Lives Matter movement continues to amplify around the world, activists in Belgium hope the winds of change will be enough to finally topple a controversial monarch off his multiple perches.

Statues of King Leopold II, who oversaw the brutal colonization and exploitation of Congo, have been vandalized in different cities around the country all week. In Ghent, a bust honoring the man blamed for causing the deaths and disfigurement of millions of Congolese was defaced, splashed in red paint and covered with a hood bearing the now iconic phrase: "I can't breathe."

Efforts have failed in the past to have Leopold II monuments removed. But this week a petition calling for Brussels to be rid of such royal remembrances is garnering more than 10,000 signatures per day. It will stay online until June 30, the 60th anniversary of Congo's independence from Belgium.

With a Congolese mother, Brända Audimba grew up in the shadow of the Leopold II statues knowing the destruction he had wrought on her own ancestors. Every time she passes one, she says, "it hurts." The 30-year-old engineer has taken part in demonstrations before, trying to get the statues removed, but she says they attracted "really only a few people." Now it's different.

Audimba is now part of a large group forming an unofficial Black Lives Matter movement made up of several organizations, with a demonstration in honor of George Floyd scheduled for Sunday.

She believes the massive amount of attention racial inequality is getting now may be just what changes authorities' minds about continuing to honor the legacy of Leopold II. "I think awareness is growing," she said, "and people are not afraid anymore to see how disturbing it is to have a statue of this king who has done so much wrong."

Sarah Van Genechten is among those who signed the petition. Studying history at the University of Leuven, she specialized in Belgium's colonial past and came to see Leopold II as "one of the greatest mass murderers in history." Besides hoping the offending statues will be removed, Van Genechten would like to see a public reevaluation of "what he did and the consequences it had for the Congolese" so people are educated about why the statues' status had to change.

Brända Audimba says she's looking forward to seeing more public areas named after people she considers heroes, like Patrice Lumumba, who helped lead Congo to independence from Belgium in 1960. So far, he's got a small downtown square in Brussels, dedicated in 2018.