Accessibility links
Judge Sets $1 Million Bail For Derek Chauvin In George Floyd's Death : Live Updates: Protests For Racial Justice In a handwritten note on the order for conditional release, the judge added a stipulation for Chauvin: "Do not work in law enforcement or security." 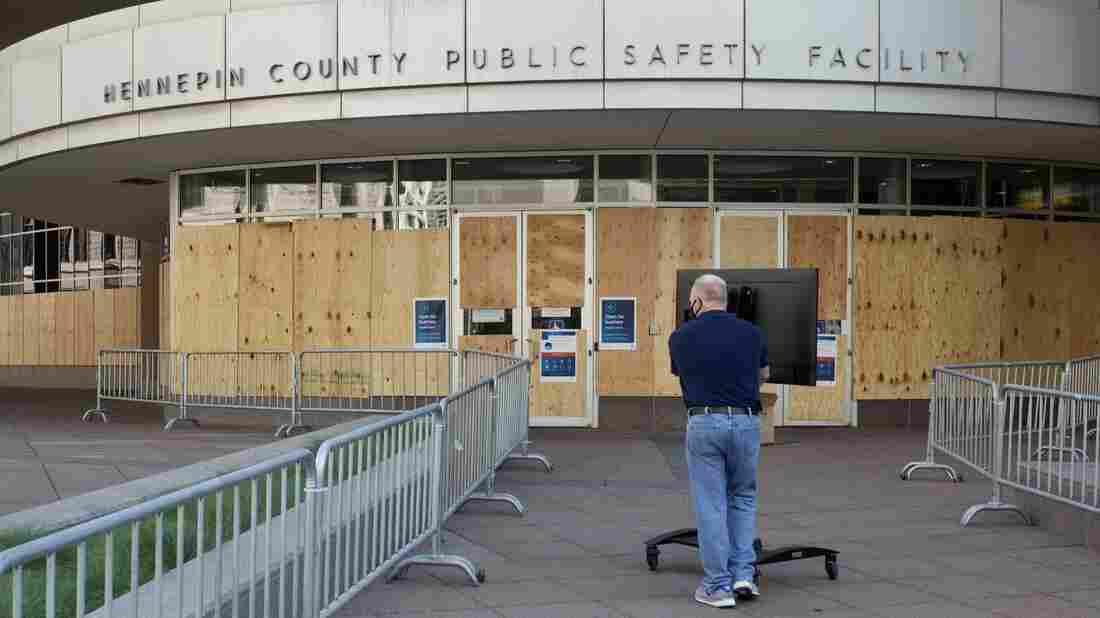 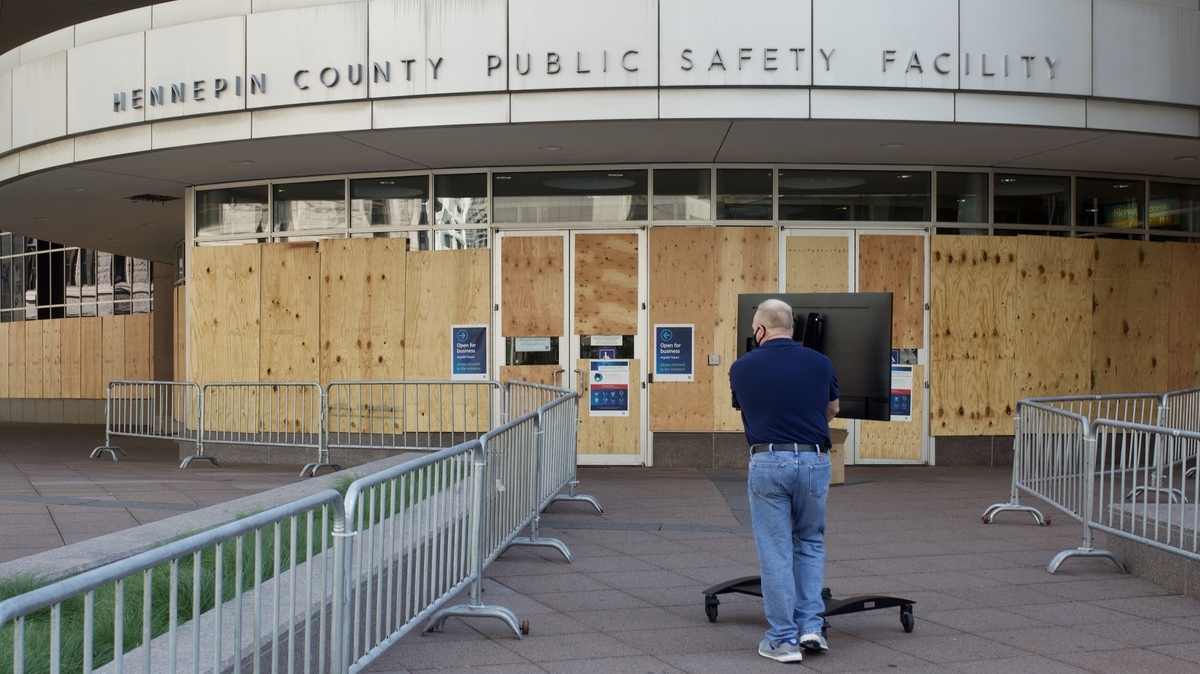 A facility worker brings a TV inside the Hennepin County Public Safety Facility on Monday in Minneapolis, part of preparations for the first court hearing for former police Officer Derek Chauvin.

Chauvin, who is white, is charged with second-degree murder in the death of George Floyd, a black man. He attended the Hennepin County District Court hearing in Minneapolis via video link.

The former police officer could also be released without conditions at a higher bail amount of $1.25 million.

The conditions for Chauvin's release at the lower amount call for him to abide by all laws, have no contact with Floyd's family and surrender any guns and firearms licenses. He would also be required not to leave the state.

In a handwritten note on the order, the judge added a stipulation for Chauvin: "Do not work in law enforcement or security."

The next hearing in the case is scheduled for June 29.

Hennepin county judge sets bail for Derek Chauvin at $1.25 million without conditions, $1 million with constitutions. Higher bail than the other conditions Minneapolis cops charged in the killing of George Floyd

In a new move in the case Monday, Chauvin's attorneys filed a request for disclosure seeking a list of witnesses and evidence that prosecutors plan to include in their case against the former officer. In that court filing, the defense team also said it "demands the presence at trial of anyone who drew or took blood or urine samples" from Chauvin.

Eyewitness video from the police encounter with Floyd on Memorial Day shows that Chauvin pressed his knee into Floyd's neck for nearly 9 minutes, including at least 2 minutes in which Floyd was unresponsive. Floyd had come to the attention of police because he was accused of using a counterfeit $20 bill in a nearby store.

The top charge against Chauvin is categorized as "second degree murder — unintentional — while committing a felony." It carries a maximum penalty of 40 years in prison; the third-degree charge has a 25-year maximum sentence.

Floyd's killing has ignited massive protests in Minneapolis and around the U.S., with communities rallying to push for criminal justice reform and condemning racism and police abuses against black people.

On Sunday, sustained outrage over Floyd's death in police custody prompted nine members of the Minneapolis City Council – a majority of its 13 members — to say they support "dismantling" the Minneapolis Police Department.

Because of intense public interest in Chauvin's case and social distancing protocols that will reduce seating, members of the public can view the proceeding in two "overflow courtrooms," according to the district court. Media representation at the hearing was limited to five total spots for local and national news outlets such as Minnesota Public Radio and NBC News.

As Chauvin appeared in court, Floyd was being remembered at an hours-long memorial service Monday in his hometown of Houston. It's the final public memorial for Floyd, who will be buried Tuesday in the Houston area following a private service.