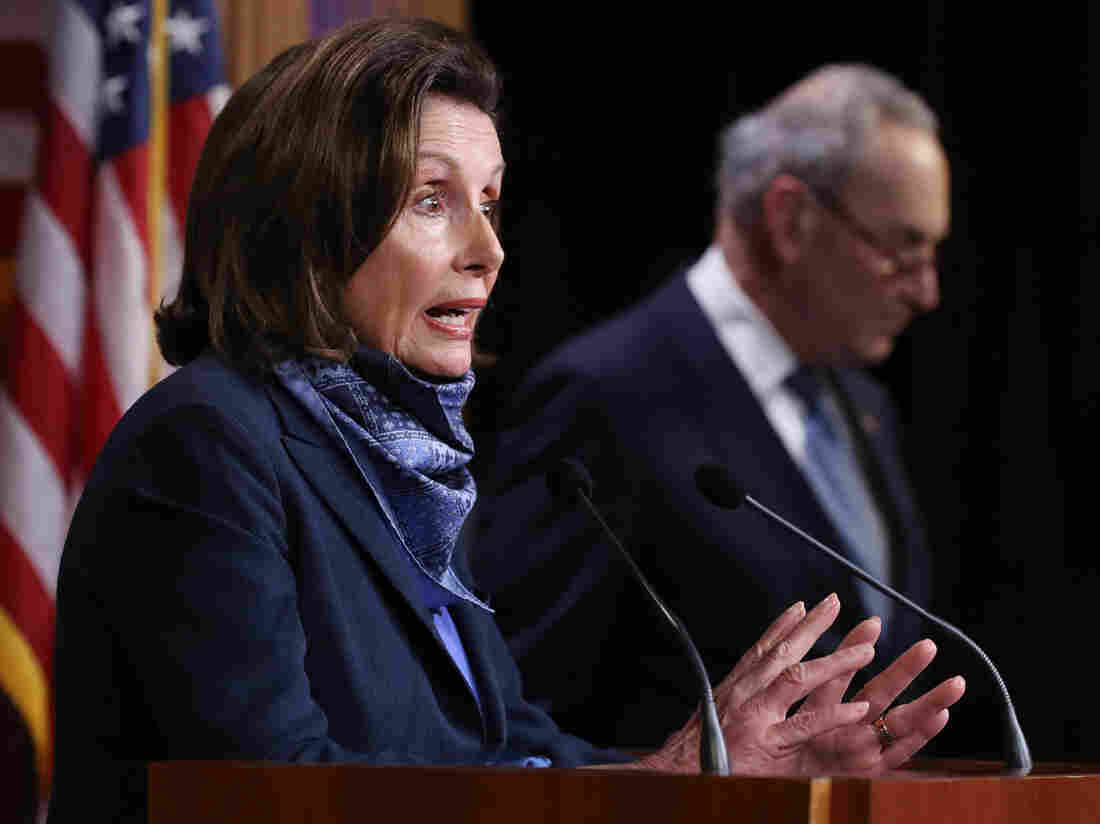 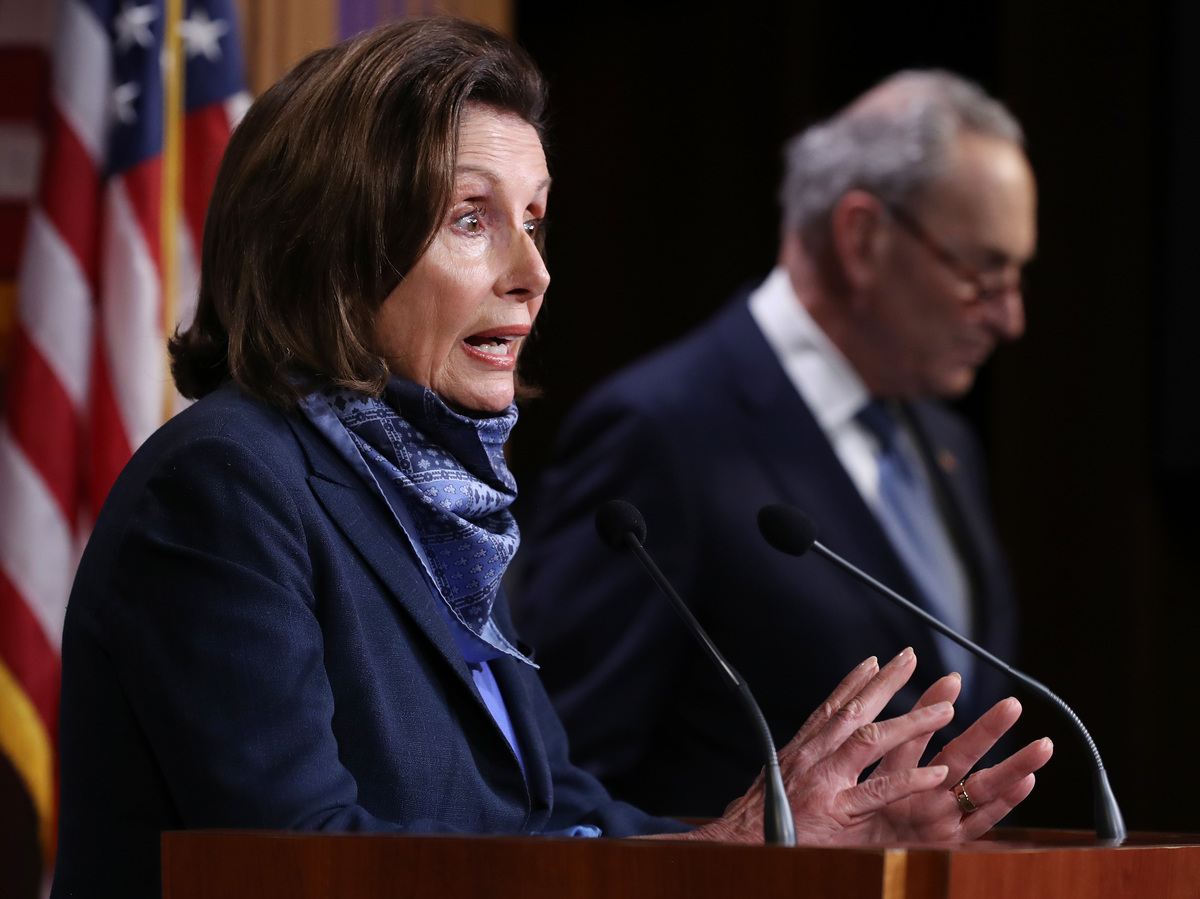 Congressional Democrats on Monday condemned the Trump administration for erecting barricades around Lafayette Square — the public yard in front of the White House — following recent protests against police brutality held at the park.

"We call on you to immediately reopen Lafayette Square to the public, a place which has long been a venue where Americans can gather to freely exercise their constitutional rights in close proximity to the White House," House Speaker Nancy Pelosi and Senate Minority Leader Chuck Schumer wrote in a joint open letter to President Trump.

Pelosi and Schumer criticized a move last week to remove peaceful protesters forcibly from the area before Trump staged a brief photo-op in front of the historic St. John's Episcopal Church across the street from the White House.

"On June 1, 2020, you were responsible for ordering federal officers to force peaceful protesters from the Square using tear gas and other violent means, in clear violation of the protesters' First Amendment rights of free of speech and assembly. This deeply offensive action was taken in service of the regrettable political stunt you staged at St. John's Church that evening," the letter said.

The White House has said that U.S. Attorney General William Barr and the U.S. Park Police made the decision to widen the perimeter after the church was damaged a day earlier, not to clear a path for the president. 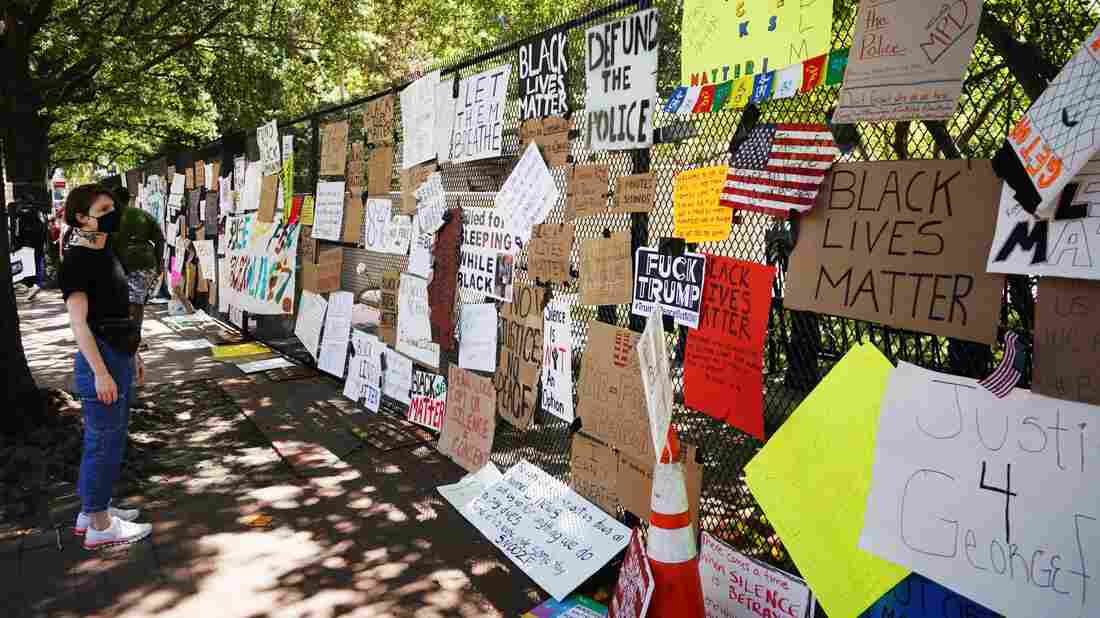 A woman looks at messages attached to the security fence Monday on the north side of Lafayette Square. Mandel Ngan/AFP via Getty Images hide caption 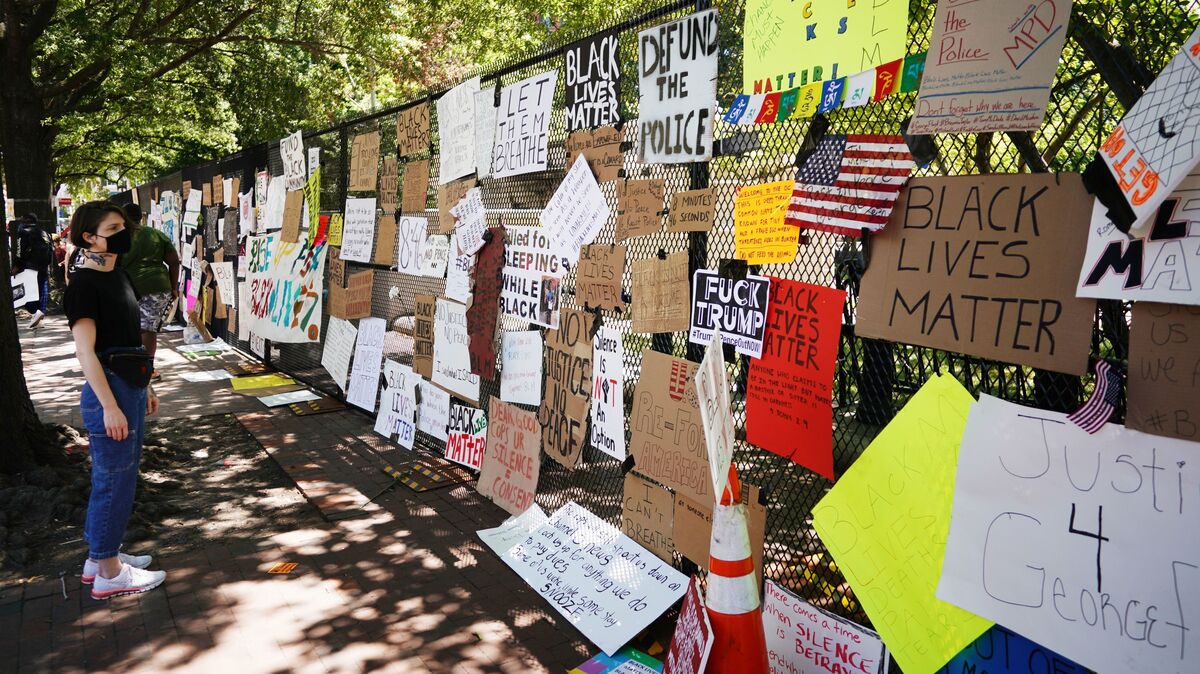 A woman looks at messages attached to the security fence Monday on the north side of Lafayette Square.

"You have now erected heavy, semi-permanent steel fencing to wall off the Square. Your conversion of this unique public park in the heart of our Nation's capital to what looks like a militarized zone denies citizens access to the park and sends the worst possible message to the American public and people around the world," Pelosi and Schumer wrote.

"We therefore urge you to tear down these walls, reopen Lafayette Square, and allow the public to gather there for you and all the world to hear their voices."

Last week, following days of mostly peaceful protests, additional fences and barricades were constructed to surround the White House, amounting to some 1.7 miles of fencing, according to The Washington Post.

In a Monday briefing to reporters, White House press secretary Kayleigh McEnany said the president had no regrets regarding law enforcement's decision to remove protesters from the area forcefully. She also defended Trump from criticisms surrounding the decision to fortify the nearly 2-mile stretch surrounding the White House, saying that the president was not involved in deliberations regarding the securing of the perimeter.

"The president has recognized that the protests have largely been peaceful. Why have they been peaceful? It's because of the actions taken by this administration," McEnany said, referring to Trump's aggressive push for states to call in the National Guard to contain demonstrations.

"With regard to the security of the building, [that is] not a decision for the White House," she told reporters. McEnany said the Secret Service and National Park Service made decisions involving building security.

Park service spokeswoman Katie Liming said Monday that parts of the area would reopen as early as Wednesday, while "some areas of Lafayette [Square] will remain closed to allow the park to address damages and safety hazards."