Accessibility links
Trump Says He Won't 'Defund' Police, Prefers 'Gentle' Approach : Live Updates: Protests For Racial Justice The president on Monday rejects calls to disband or defund police departments. But he said, "We're going to talk about ideas how we can do it better." 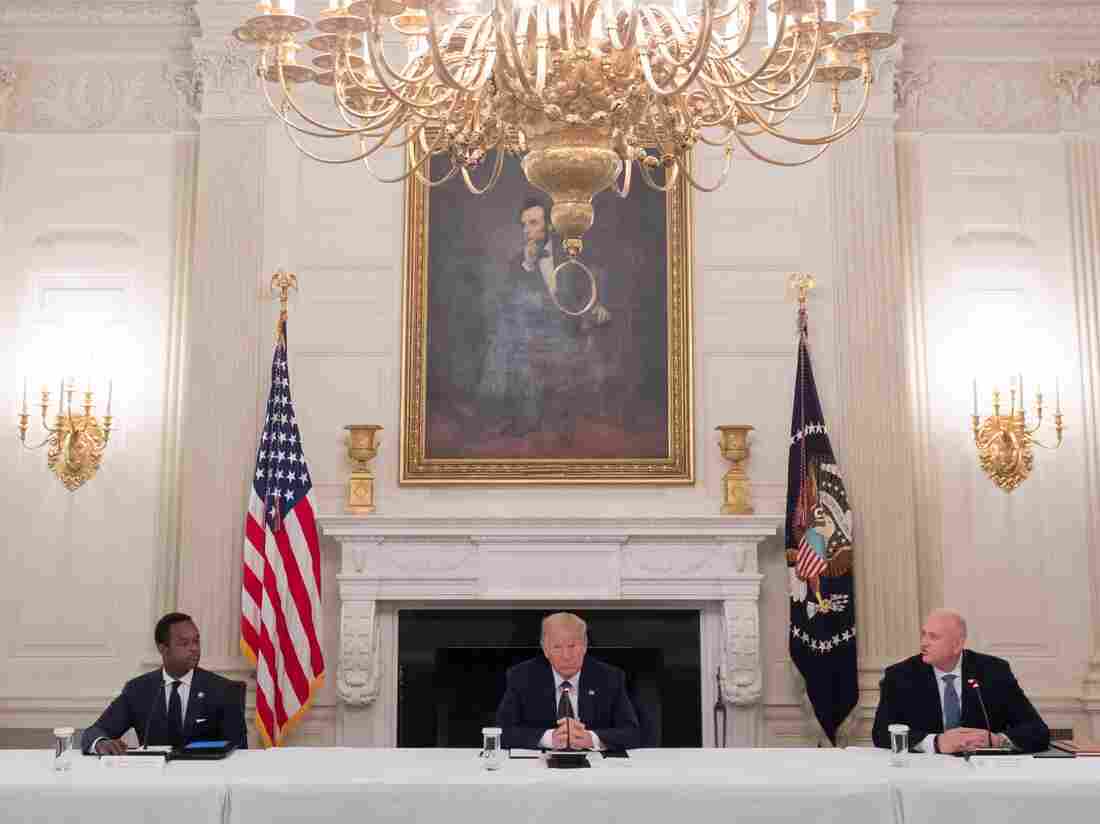 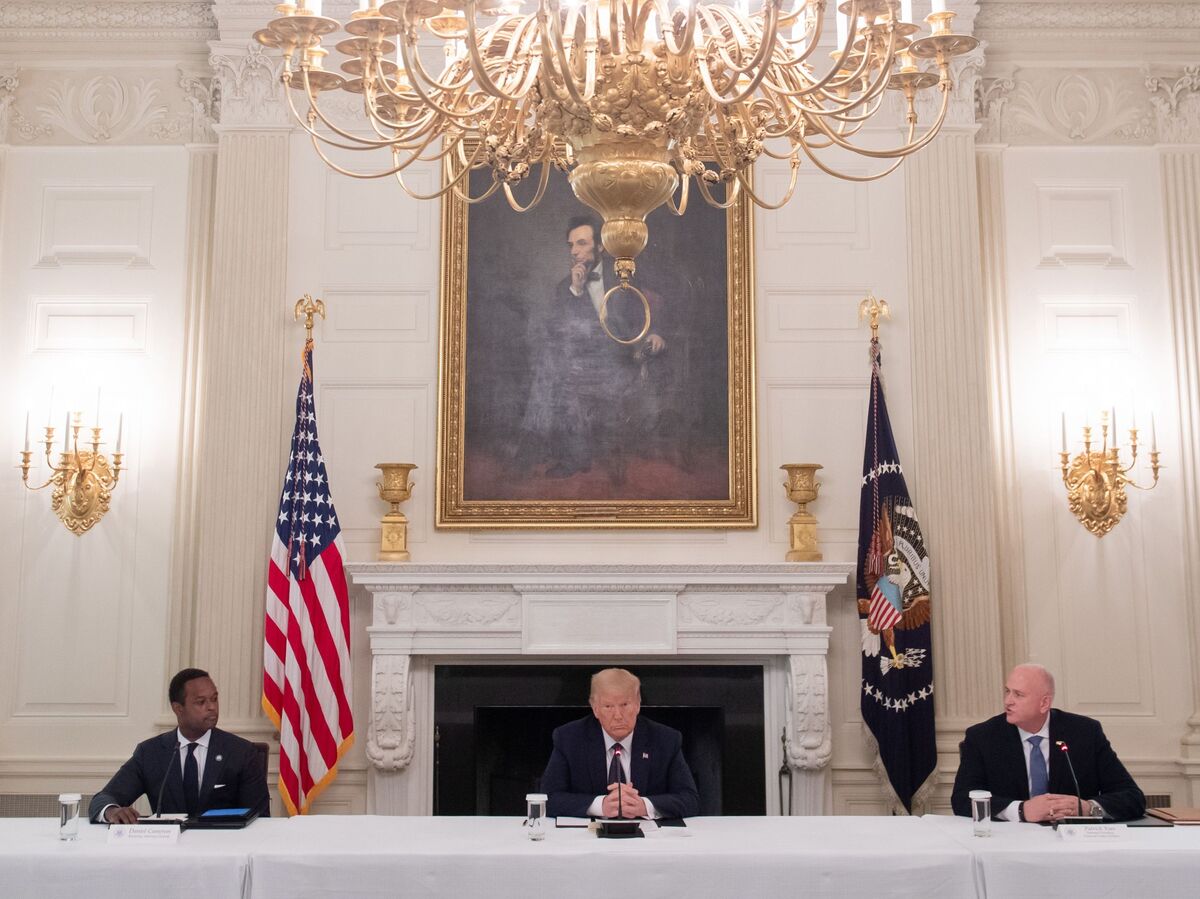 President Trump hosts a roundtable discussion Monday on police and community relations with law enforcement officials in the State Dining Room at the White House.

President Trump on Monday rejected calls to disband or defund police departments as a response to massive protests against police brutality, sparked by the May 25 killing of George Floyd by police.

"Sometimes you'll see some horrible things, like we witnessed recently," Trump said. "Ninety-nine percent of them are great, great people."

"The police are doing an incredible job," Trump said, citing crime statistics. "We're going to talk about ideas how we can do it better and how we can do it if possible in a much more gentle fashion."

Trump made his comments while meeting with police union and other law enforcement officials Monday at the White House, along with U.S. Attorney General Bill Barr and some of his top aides.

The White House has said Trump is considering proposals to respond to Floyd's death, but it has not provided details on the substance or timing of those ideas.

Earlier Monday, congressional Democrats unveiled sweeping legislation aimed at preventing abusive conduct by law enforcement, although it's not clear what, if any, bills could advance in the Republican-controlled Senate.

The comments come in contrast to Trump's law-and-order campaign — a stance he has echoed as president. In 2017, he told an audience of law enforcement officers, "Please don't be too nice" when arresting people. Last week, in response to the protests, he encouraged governors to deploy National Guard units, he said, "in sufficient numbers that we dominate the streets."

"I am your president of law and order," he said.