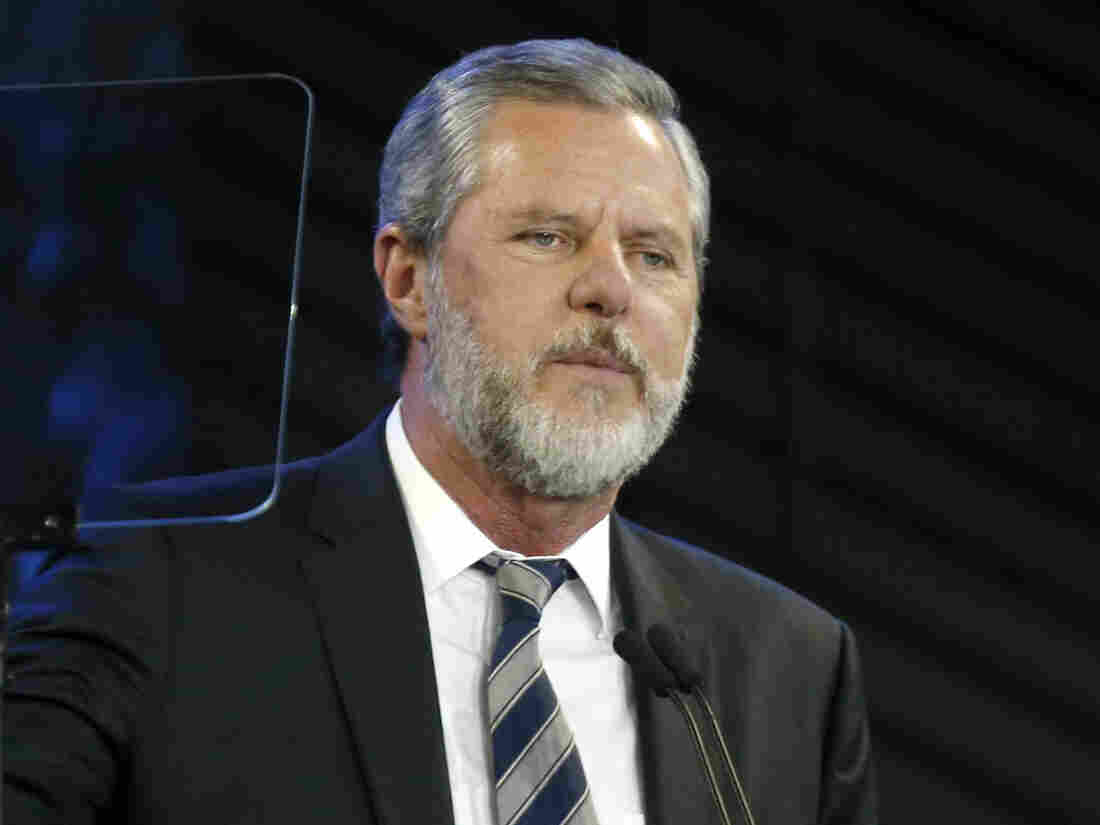 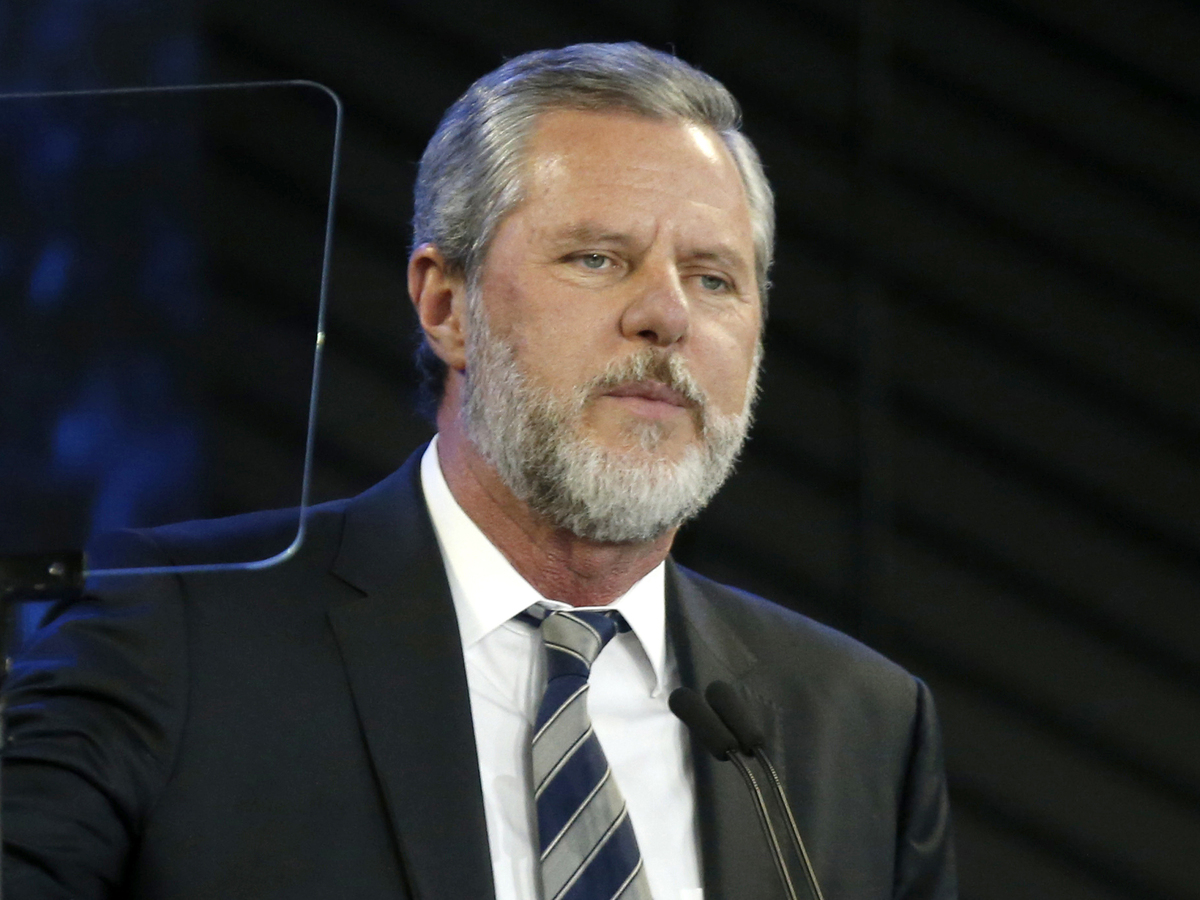 Jerry Falwell Jr., shown here in 2018, has apologized for tweeting a racist image.

Falwell said he removed the tweet after talking with African American members of the university community.

Falwell is a prominent supporter of President Trump and is the leader of the large conservative evangelical Christian university in Lynchburg, Va., that was founded by his late father, the Rev. Jerry Falwell.

After listening to African American LU leaders and alumni over the past week and hearing their concerns, I understand that by tweeting an image to remind all of the governor’s racist past (Part 1/3)

Falwell has criticized social distancing orders issued by Northam, a Democrat, in response to the coronavirus pandemic — including requirements to wear masks in some public places.

In a tweet late last month, Falwell shared an image from Northam's medical school yearbook that originally surfaced last year, depicting a person in blackface and another in a Ku Klux Klan robe. In the now-deleted tweet, Falwell wrote, "If I am ordered to wear a mask, I will reluctantly comply, but only if this picture of Governor Blackface himself is on it!"

Falwell's tweet prompted backlash from black alumni and staff. Without mentioning Falwell by name, the university's Director of Diversity Retention LeeQuan McLaurin resigned earlier this month, writing that he had "no other alternative." As reported by The News & Advance in Lynchburg, McLaurin, a Liberty graduate, wrote, "I can not just be a window dressing on what is clearly an institution that struggles with a history of racism, prejudice, and discrimination."

In a series of tweets this week, Falwell said, "After listening to African American LU leaders and alumni over the past week and hearing their concerns, I understand that by tweeting an image to remind all of the governor's racist past I actually refreshed the trauma that image had caused and offended some by using the image to make a political point."

Falwell also said he had deleted the tweet and apologized "for any hurt my effort caused, especially within the African American community."

After the yearbook photo surfaced in early 2019, Northam apologized and pledged to make racial justice the focus of his administration. In recent days, Northam has ordered the removal of a statue to Confederate Gen. Robert E. Lee from state property in Richmond; a judge has temporarily blocked that order.

In an online statement, the chairman of Liberty's Board of Trustees, Jerry Prevo, said some board members had met with Falwell and "are satisfied with the President's explanation of his purpose and intentions."