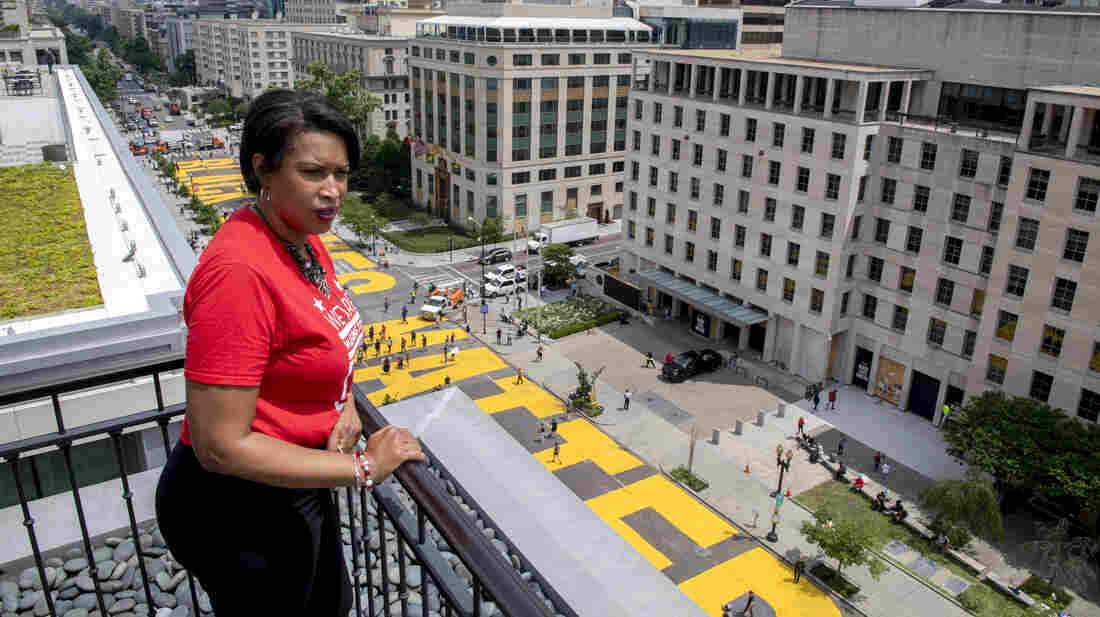 Mayor Muriel Bowser stands on the rooftop of the Hay-Adams Hotel near the White House and looks out at the words "Black Lives Matter" that have been painted in bright yellow letters on the street. Executive Office of the Mayor/Khalid Naji-Allah via AP hide caption 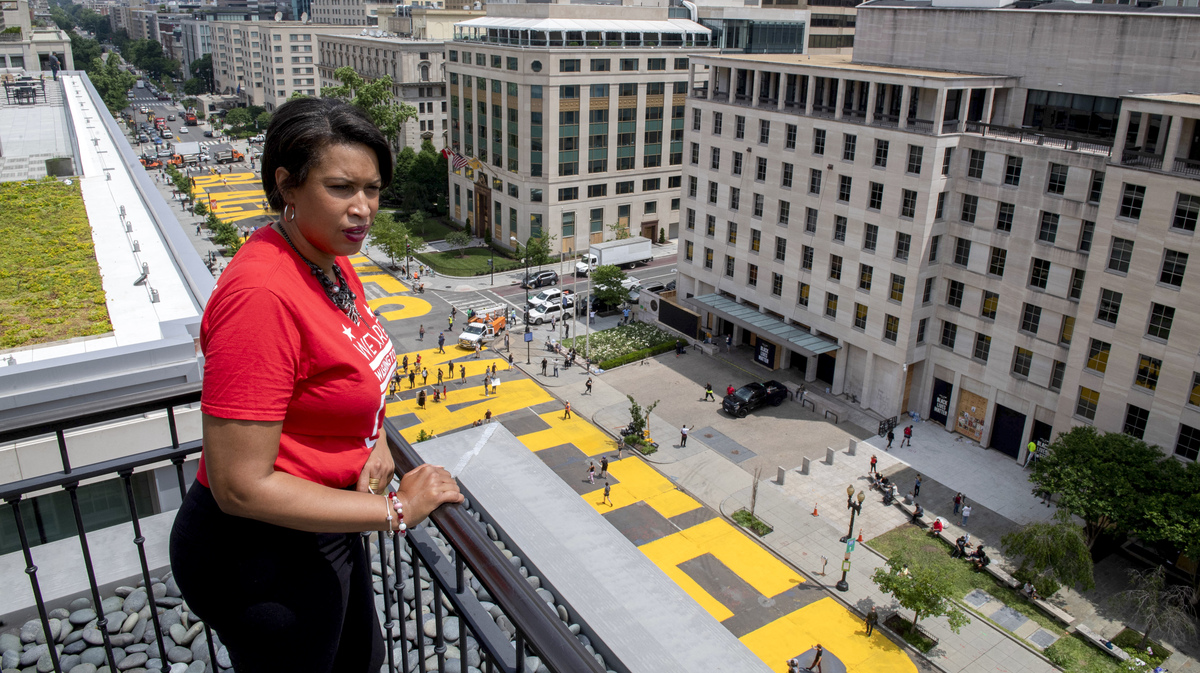 Mayor Muriel Bowser stands on the rooftop of the Hay-Adams Hotel near the White House and looks out at the words "Black Lives Matter" that have been painted in bright yellow letters on the street.

Officials in the District said the decision was a show of solidarity with demonstrators who have been rallying against police violence and systemic racism. It came days after U.S. Park Police and National Guard troops fired tear gas at peaceful protesters to allow President Trump to pose for a photo in front of St. John's Church.

"We wanted to make it a place of healing and safety and a place where Americans could come to address their government," Bowser told NPR's Mary Louise Kelly on All Things Considered.

But some Black Lives Matter activists criticized the paint job, calling it a "performative distraction from real policy changes."

Bowser responded to that criticism and calls to defund the police in an interview Tuesday. Here are excerpts:

Black Lives Matter activists have added some words, and those words are "defund the police," in the same bright yellow paint. What do you say to them?

Well, we know the job of the activist is to call their issues to elected officials and our local chapter is no different. And we know, certainly I do, what our public safety needs are in Washington, D.C., and they're not just policing. They include all of our opportunities to equalize opportunity. And all of our non-law-enforcement initiatives that are meant to interrupt violence.

Understood, but on this specific demand to defund the police, what is your response?

We fund the police at the level that we need it funded. And my [city] council has my current budget proposal in front of them to give every neighborhood in Washington, D.C., the police support that they need. And so my budget doesn't fund it a penny more than we need and certainly not a penny less.

The budget that you put out last month, in fact, calls for increasing funding for the police ... Are you reconsidering your position in any way?

Not at all. What our budget proposal, and I can't speak for other departments, but they fund the people that we need. And certainly we wouldn't want the people on our forces not to have the proper training or equipment that makes for better community policing. And I think you also have to look at the context of our entire budget. I've been mayor for five years. We've seen police spending increase 12% in those five years. At the same time, our population has increased and our calls for service have increased. If you look at our safety net programs, they have increased 75%. And I'm talking specifically about human services and homeless services.