Accessibility links
U.S. Soccer Lifts Ban On Kneeling During National Anthem : Live Updates: Protests For Racial Justice "It has become clear that this policy was wrong and detracted from the important message of Black Lives Matter," U.S. Soccer said on Wednesday. The ban has been in place since February 2017. 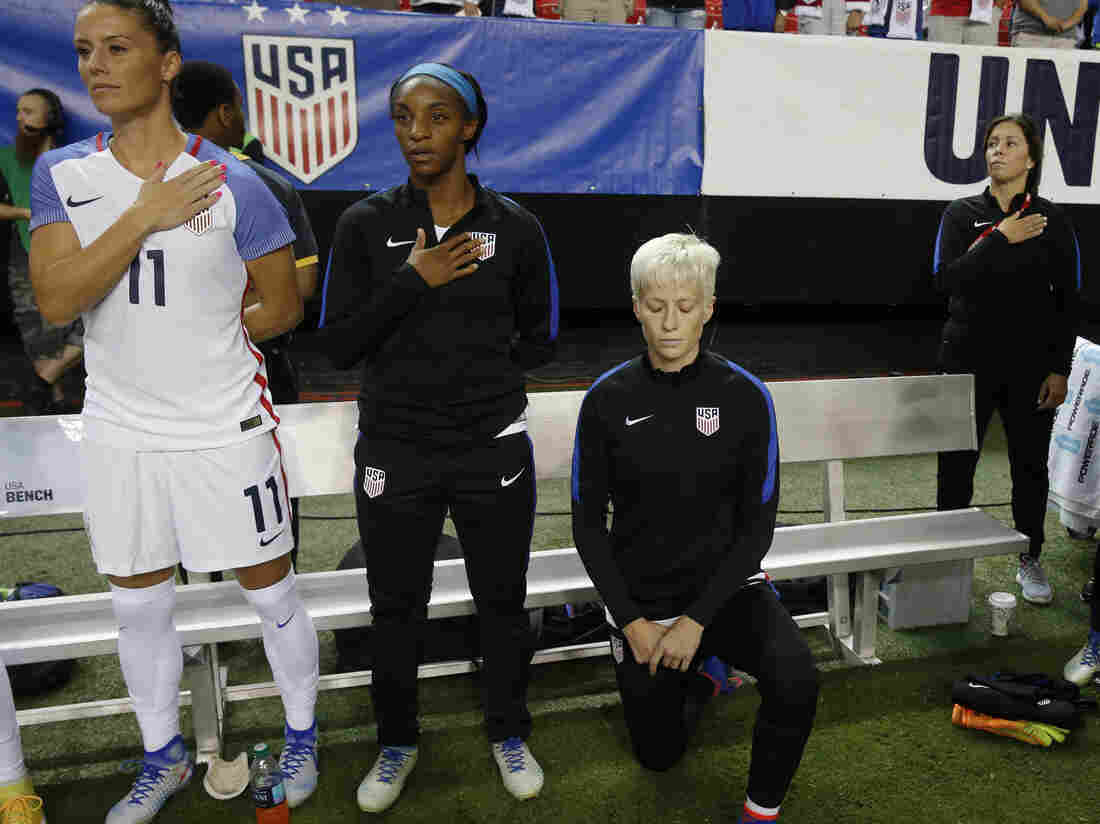 USA's Megan Rapinoe (right), kneels next to teammates Ali Krieger and Crystal Dunn as the national anthem is played before an exhibition soccer match against Netherlands on Sept. 18, 2016, in Atlanta. John Bazemore/AP hide caption 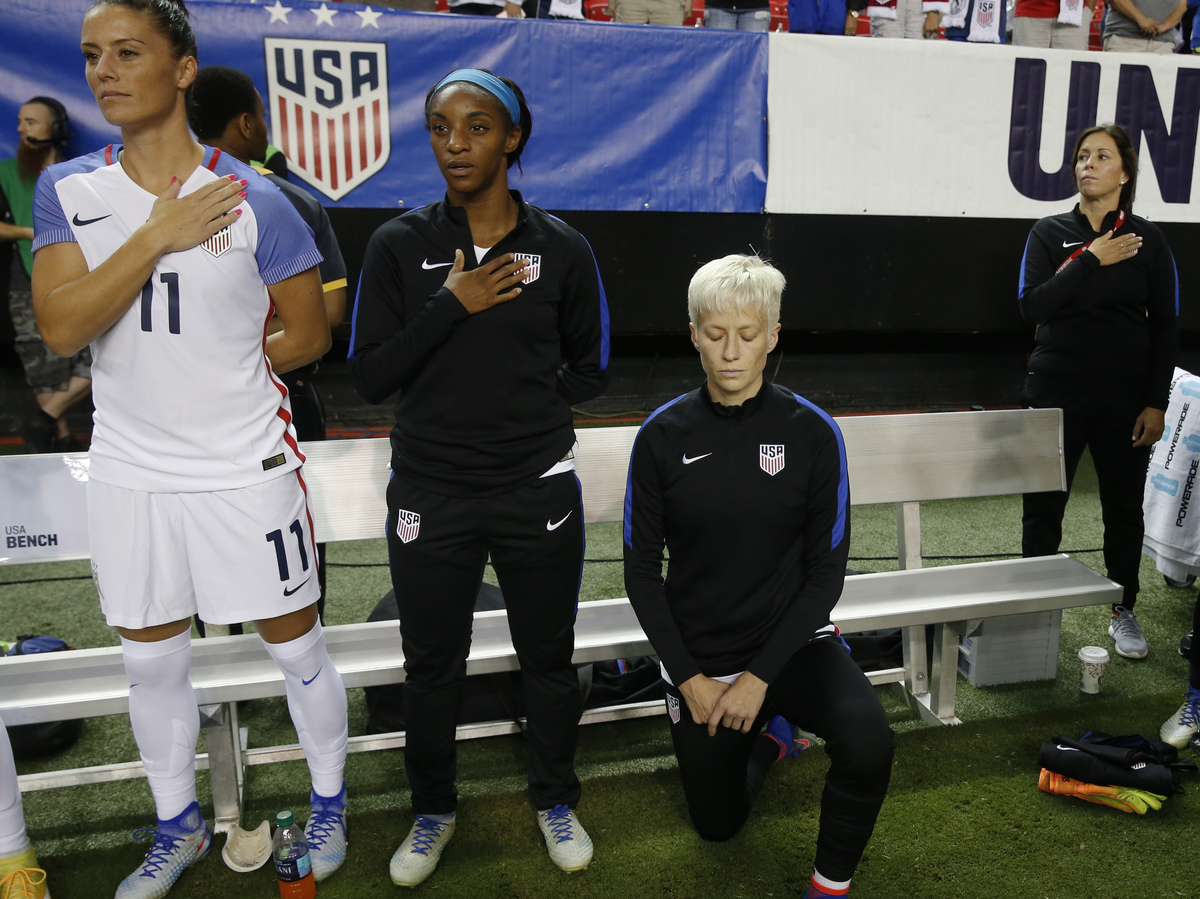 USA's Megan Rapinoe (right), kneels next to teammates Ali Krieger and Crystal Dunn as the national anthem is played before an exhibition soccer match against Netherlands on Sept. 18, 2016, in Atlanta.

The U.S. Soccer Federation has repealed the league's three-year-old ban on kneeling during the national anthem, amid nationwide protests against police brutality and racial injustice sparked by the killing of George Floyd.

"It has become clear that this policy was wrong and detracted from the important message of Black Lives Matter," U.S. Soccer announced on Wednesday.

The organization, which approved the move in a board of directors vote a day earlier, said it would let players decide how to use their platforms "to fight all forms of racism, discrimination, and inequality."

Under Policy 604-1 all national teams players were ordered to "stand respectfully during the playing of national anthems at any event in which the Federation is represented."

The board passed the rule in February 2017.

That was about five months after soccer star Megan Rapinoe first took a knee during "The Star Spangled Banner" in solidarity with NFL quarterback Colin Kaepernick.

The former San Francisco 49er, who first sat then dropped to a knee during the song, began the controversial silent protest at the start of the 2016 NFL season in the wake of a spate of killings of black men and women at the hands of white law enforcement.

With the death of Floyd at the hands of former Minneapolis police officers, sports leagues — including men's and women's soccer — are under pressure to reckon with how they have suppressed players' voices and largely ignored a cultural shift.

Earlier this week the U.S. Women's National Team Players Association called for an apology from the federation and a plan "on how it will now support the message and movement that it tried to silence years ago."

"Until USSF does so, the mere existence of the policy will continue to perpetuate the misconceptions and fear that clouded the true meaning and significance of Colin Kaepernick, Megan Rapinoe and other athletes taking a knee — that Black people in America have not been and continue to not be afforded the same liberties and freedoms as white people and that police brutality and systemic racism exist in this country," the players said in a statement.

The U.S. Men's National Team also called for a mea culpa from the federation.

"Because the policy was never negotiated with our Players Association it did not apply to the US Men's National Team players so we were not concerned about it. However, the Federation now absolutely needs to acknowledge they were wrong to issue it, to apologize for it, and rescind it.," the team association said in a statement.

On Wednesday, the federation offered the following apology:

"We apologize to our players – especially our Black players – staff, fans, and all who support eradicating racism. Sports are a powerful platform for good, and we have not used our platform as effectively as we should have."