Accessibility links
Jefferson Davis Statue Torn Down By Protesters In Richmond, Va. : Live Updates: Protests For Racial Justice The statue of the president of the Confederacy has stood atop a large pedestal on Richmond's Monument Avenue since 1907. It is the third statue in Richmond torn down this week. 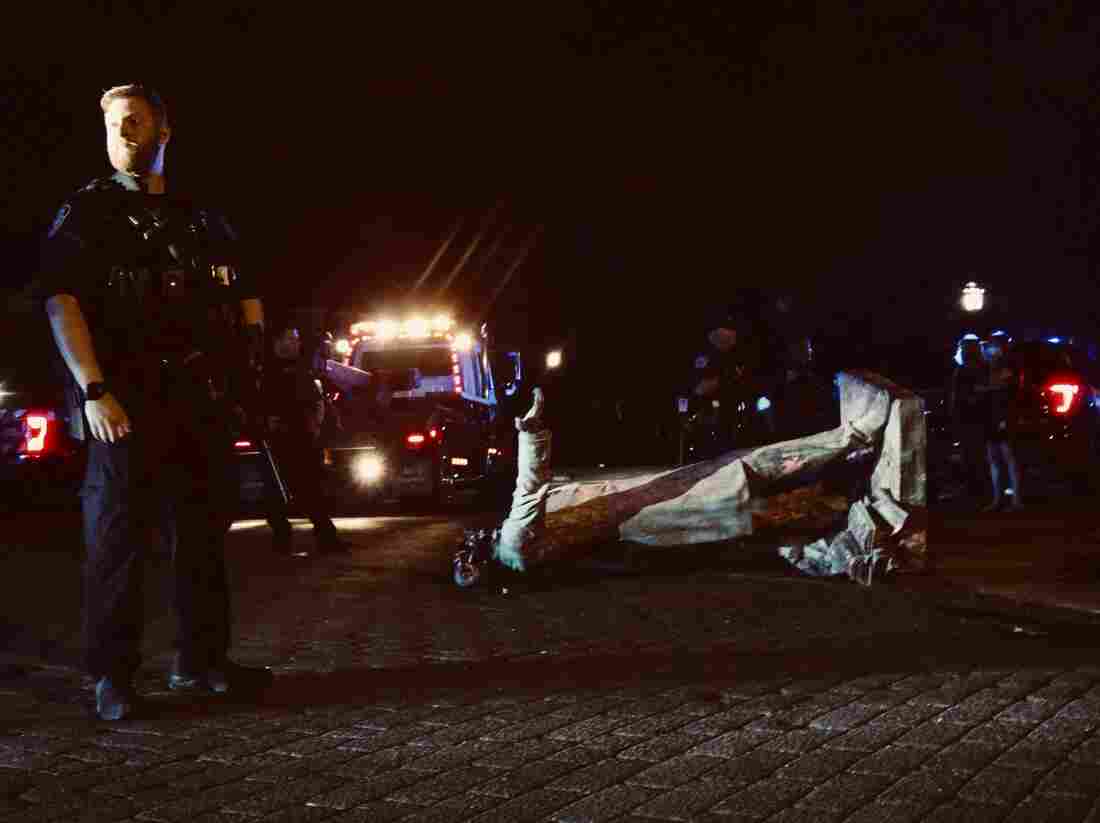 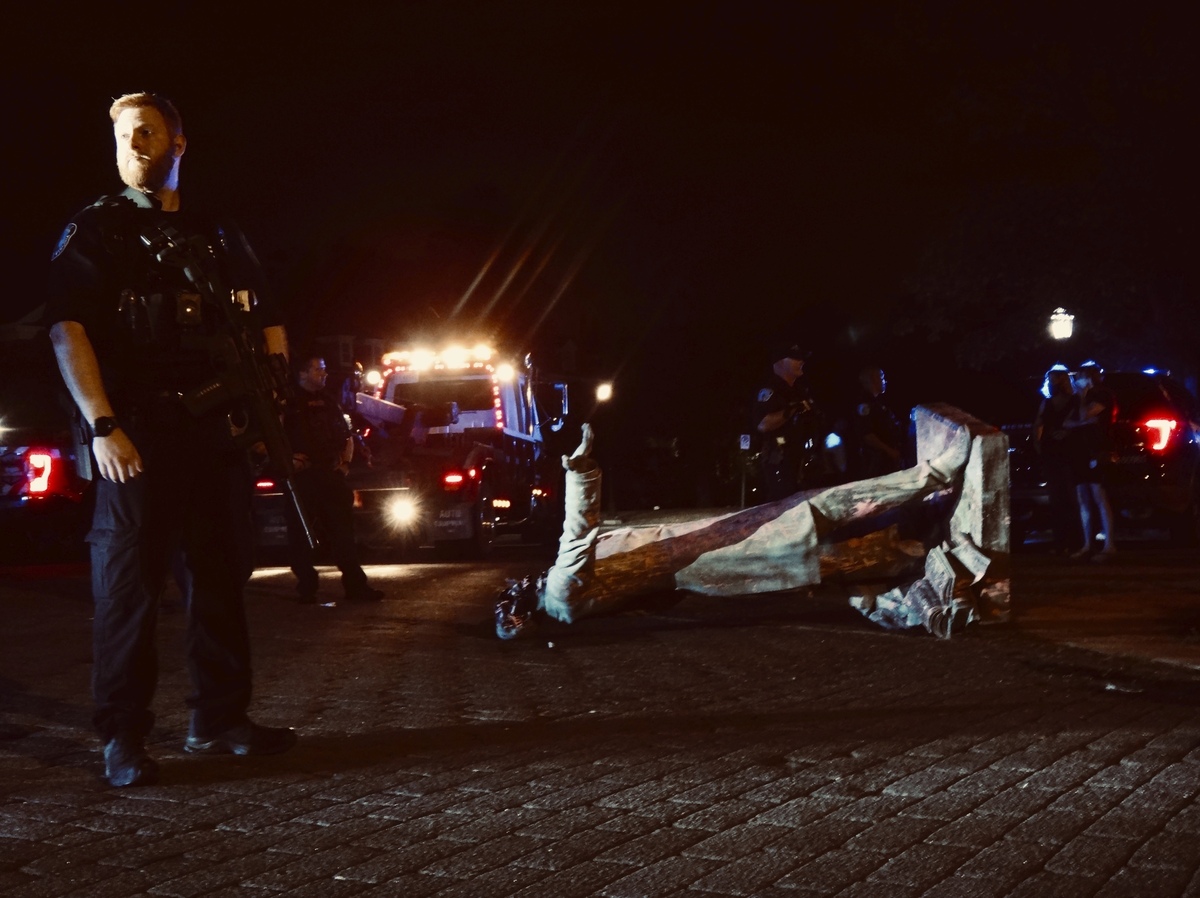 Protesters in Richmond, Va., late Wednesday toppled a statue of Jefferson Davis that has stood on the city's Monument Avenue since 1907.

Local news organizations showed photographs of the statue lying on the ground in front of its immense, columned monument. Police watched as a tow truck took the statue away. 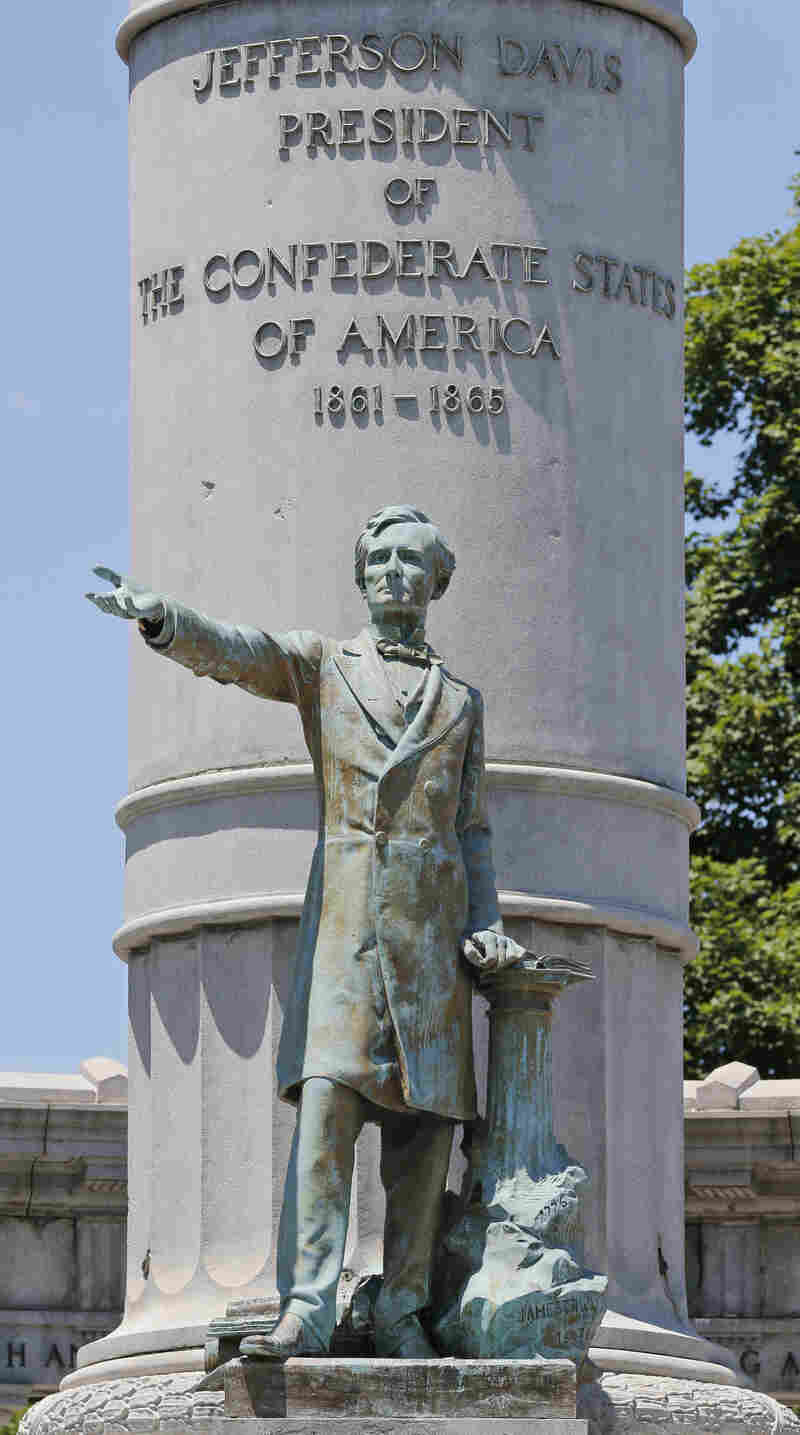 A statue of Jefferson Davis, president of the Confederacy, in Richmond, Va., in 2017. Protesters toppled the statue late Wednesday. Steve Helber/AP hide caption 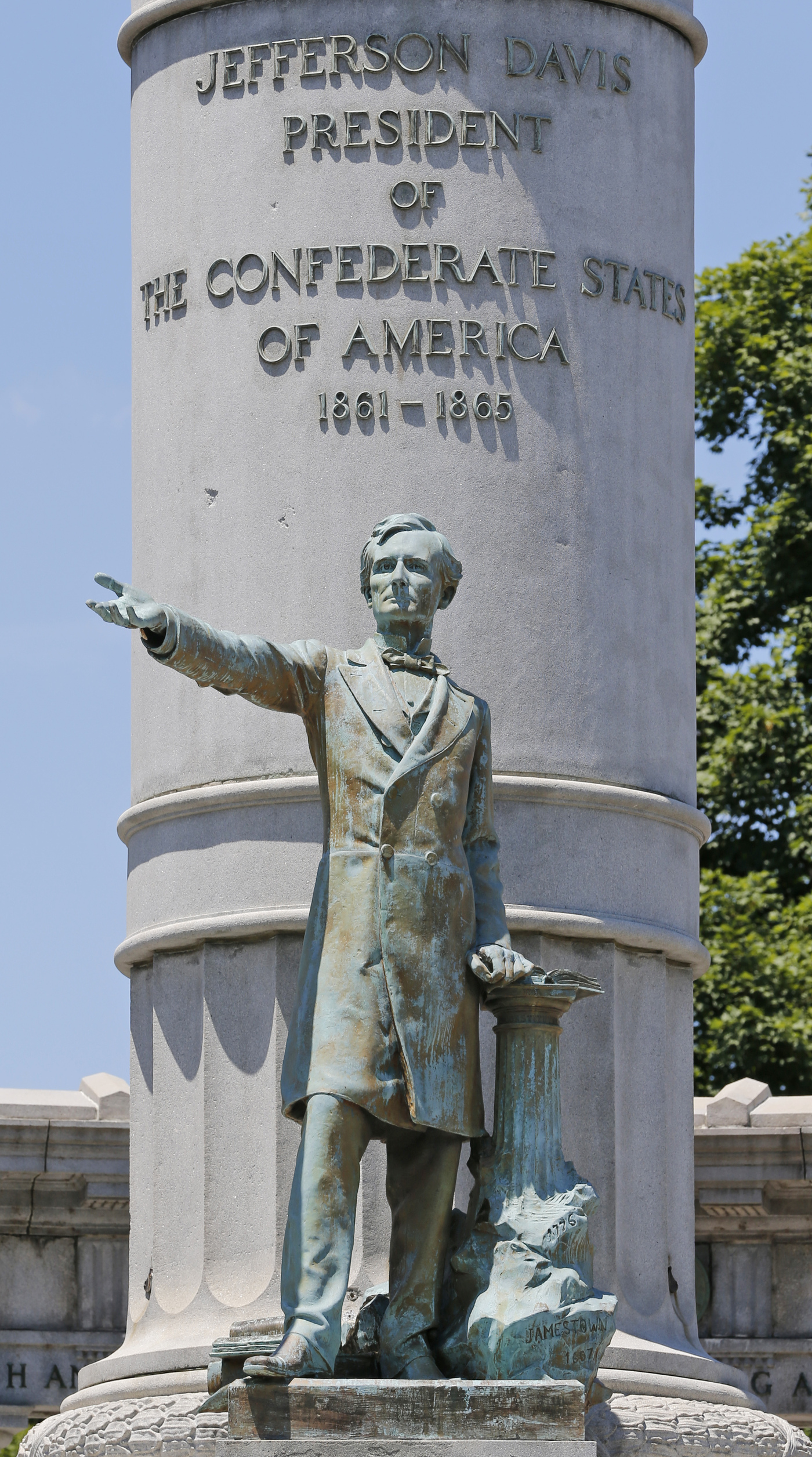 A statue of Jefferson Davis, president of the Confederacy, in Richmond, Va., in 2017. Protesters toppled the statue late Wednesday.

The statue of Davis, who was president of the Confederacy, was the third to be torn down within the past week in Richmond. On Saturday, a statue of Confederate Gen. Williams Carter Wickham was toppled from its pedestal. And on Tuesday, a statue of Christopher Columbus was torn down and dumped in a lake.

Virginia Gov. Ralph Northam has ordered the removal of a monument to Confederate Gen. Robert E. Lee, which has been a particular focus of protesters as demonstrations against police brutality and systemic racism have swept the country since the police killing of George Floyd in Minneapolis.

On Monday, a Richmond Circuit Court judge ordered a 10-day stay of Northam's directive so a lawsuit filed to prevent the statue's removal can be heard. The base of the Lee statue has been covered in graffiti. The statue itself is enormous and unlikely to be toppled without heavy equipment.

Davis' fate seemed sealed days ago when all nine members of Richmond's City Council said they would support legislation from Mayor Levar Stoney to remove all four city-owned statues of Confederate figures along Richmond's historic Monument Avenue. All of these Confederate statues have been covered in graffiti for over a week.

The statue of Lee is on state-owned land. The lawsuit to prevent its removal was brought by William Gregory, who is identified in the suit as a great-grandson of signatories to the deed granting the land to the state. Gregory contends the state promised to "affectionately protect" the statue when it took possession of the land.