Accessibility links
LA Police Reassigns 7 Officers As It Investigates Complaints Of Excessive Force : Live Updates: Protests For Racial Justice The department says it's looking into dozens of complaints of "allegations of misconduct, violations of Department policy, and excessive force" during the recent protests in the city. 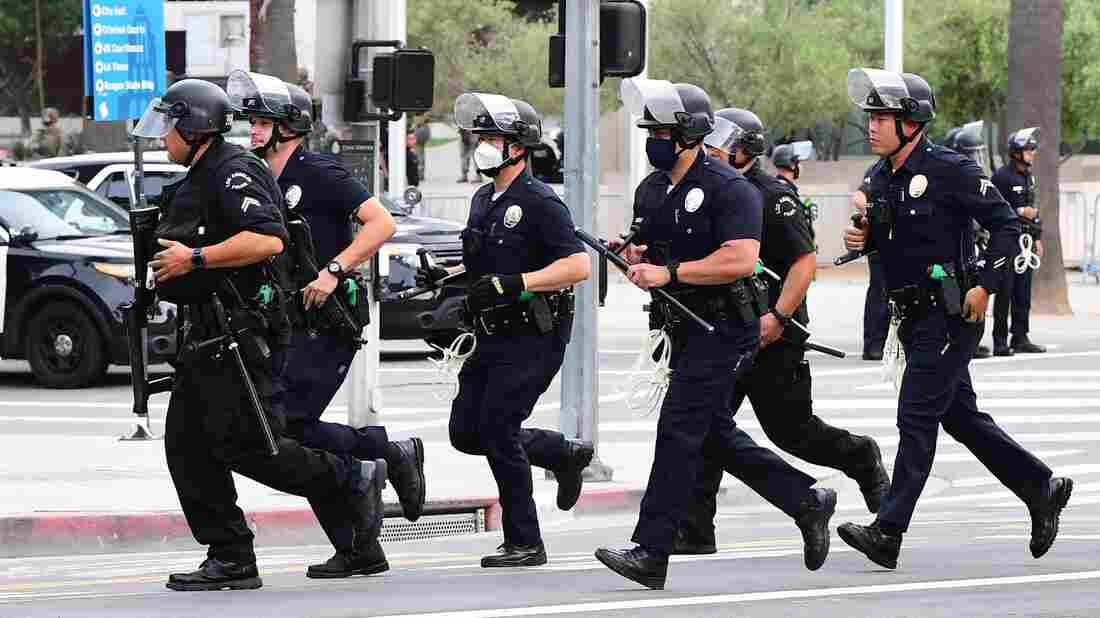 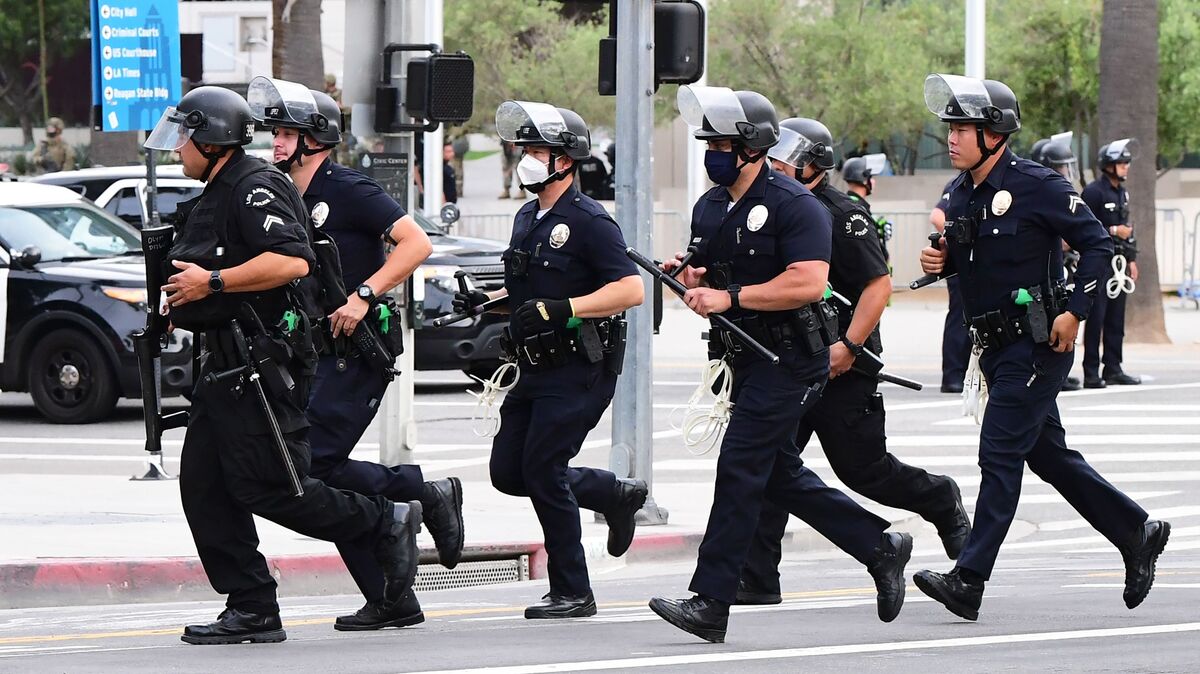 Los Angeles police officers run to formation during a protest on June 1.

The Los Angeles Police Department has reassigned seven officers to nonfield duties as it investigates dozens of complaints of excessive force during recent protests against police brutality.

The department said it has assigned 40 investigators to look into 56 complaint investigations into "allegations of misconduct, violations of Department policy, and excessive force" during the protests – of which 28 involve alleged use of force.

"[W]e will look into every complaint thoroughly and hold every officer accountable for their actions," Los Angeles police said in a statement.

Earlier this week, Los Angeles County and city officials announced that thousands of protesters who were arrested over curfew violations or failure to disperse will not be prosecuted.

3 Visions For The Future Of Police In South LA

A Los Angeles Times review of dozens of instances found that "demonstrators suffered a range of injuries at the hands of the LAPD, from minor bruising from baton strikes and falls as police skirmish lines advanced, to serious injuries to their genitals and heads from foam and sponge bullets and beanbags being launched into crowds, sometimes from close range."

In Long Beach, Calif., a reporter for NPR member station KPCC/LAist, Adolfo Guzman-Lopez, said he was among those injured when police started firing rubber bullets. "I just got hit by a rubber bullet near the bottom of my throat," Guzman-Lopez tweeted on May 31. "I had just interviewed a man with my phone at 3rd and Pine and a police officer aimed and shot me in the throat, I saw the bullet bounce onto the street."

Other KPCC/LAist reporters reporting in the region said they were "baton-checked," sprayed with tear gas, and fleeing from rubber bullets fired at peaceful crowds by police officers.

Law enforcement agencies have used a range of strategies and weapons amid nationwide protests against police brutality and systemic racism. As NPR has reported, many police departments have used weapons dubbed "less lethal," but such weapons can cause serious injuries and occasionally death, especially when used at close range.

An earlier version of this story implied that Adolfo Guzman-Lopez was reporting in Los Angeles. He was reporting from Long Beach, Calif.