Accessibility links
Minneapolis Officers Condemn Ex-Colleague Charged In Floyd's Killing : Updates: The Fight Against Racial Injustice Fourteen officers, who assert they represent the vast majority of the force, denounce former Officer Derek Chauvin and say they don't represent the union or the administration. 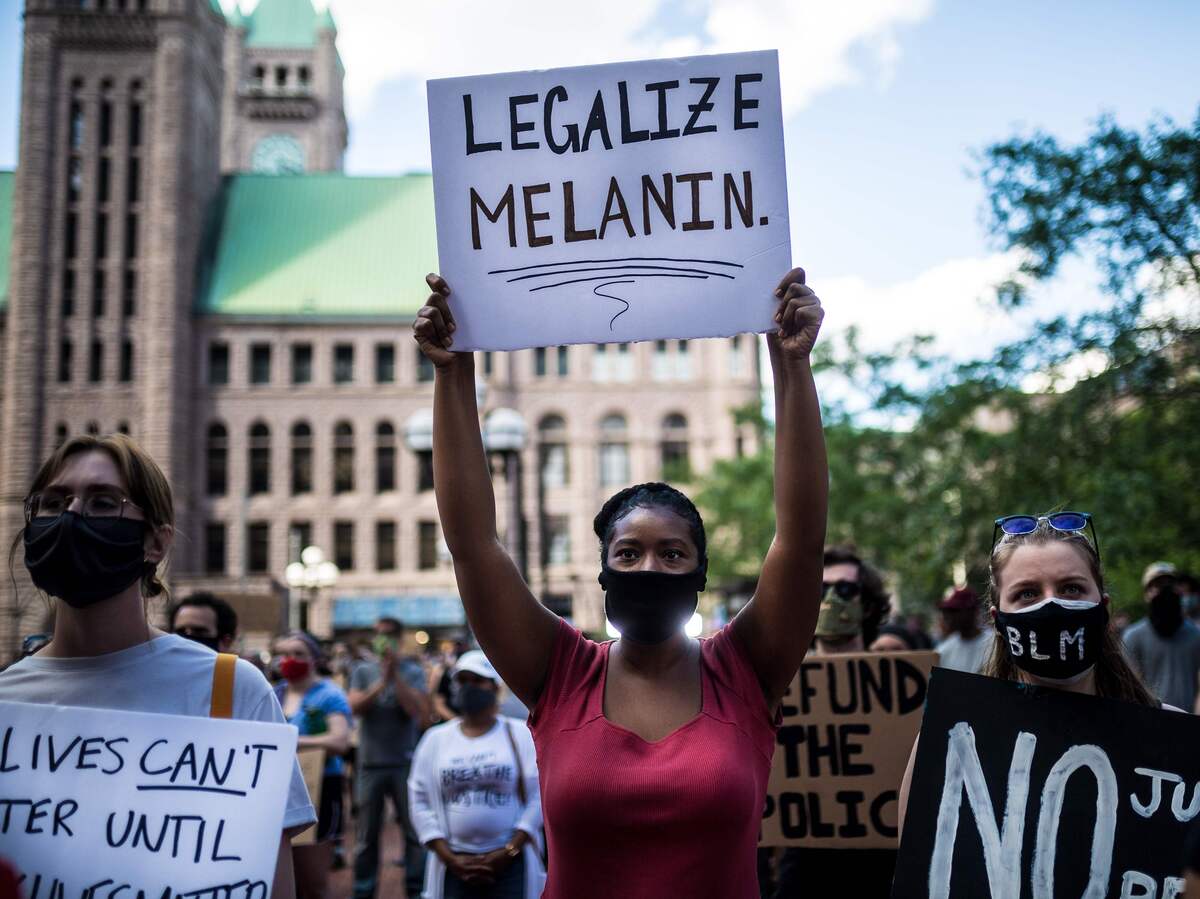 More than a dozen Minneapolis police officers who say they represent hundreds of others condemned the former officer charged in the killing of George Floyd. And they expressed support for policing reforms in an open letter released Thursday that is addressed to "Dear Everyone — but especially Minneapolis citizens."

"We wholeheartedly condemn Derek Chauvin," the letter said at the outset, and it went on to denounce the now-fired officer's actions.

"Like us, Derek Chauvin took an oath to hold the sanctity of life most precious," the officers wrote, adding, "Derek Chauvin failed as a human and stripped George Floyd of his dignity and life. This is not who we are."

Chauvin is charged with second-degree murder in the killing of Floyd, 46, who died while in police custody May 25. Video filmed by bystanders shows Chauvin kneeling on Floyd's neck for nearly 9 minutes as he cries for help and says that he can't breathe. Three other officers who were on the scene were charged with aiding and abetting second-degree murder. The killing has sparked mass protests against police brutality and racial inequality in Minnesota and around the world.

The letter was signed by 14 officers, but it said it expressed "what the vast majority of Minneapolis police officers feel at this moment."

"We are leaders, formal and informal, and from all ranks within the Minneapolis Police Department. We're not the union or the administration," the letter continued, adding that they represent the voices of hundreds of other officers.

"We stand ready to listen and embrace the calls for change, reform and rebuilding," the officers told the people of Minneapolis. "We are with you moving forward. We want to work with you and for you to regain your trust."

While the letter denounced Chauvin and his actions, it made no mention of two rookie officers who helped pin Floyd facedown on the street nor did it mention another officer who stood watch. All three were fired and charged along with Chauvin.

The 14 officers who signed the letter include John Delmonico, former Minneapolis police union president. Several of the others are prominent detectives. They said the letter represents their statement "in whole," adding they will not make additional comments or give interviews.