Accessibility links
No-Knock Warrants Banned In Louisville In Law Named For Breonna Taylor : Live Updates: Protests For Racial Justice Breonna Taylor was killed on March 13 by police, who arrived at her home to serve a warrant and exchanged fire with her boyfriend. 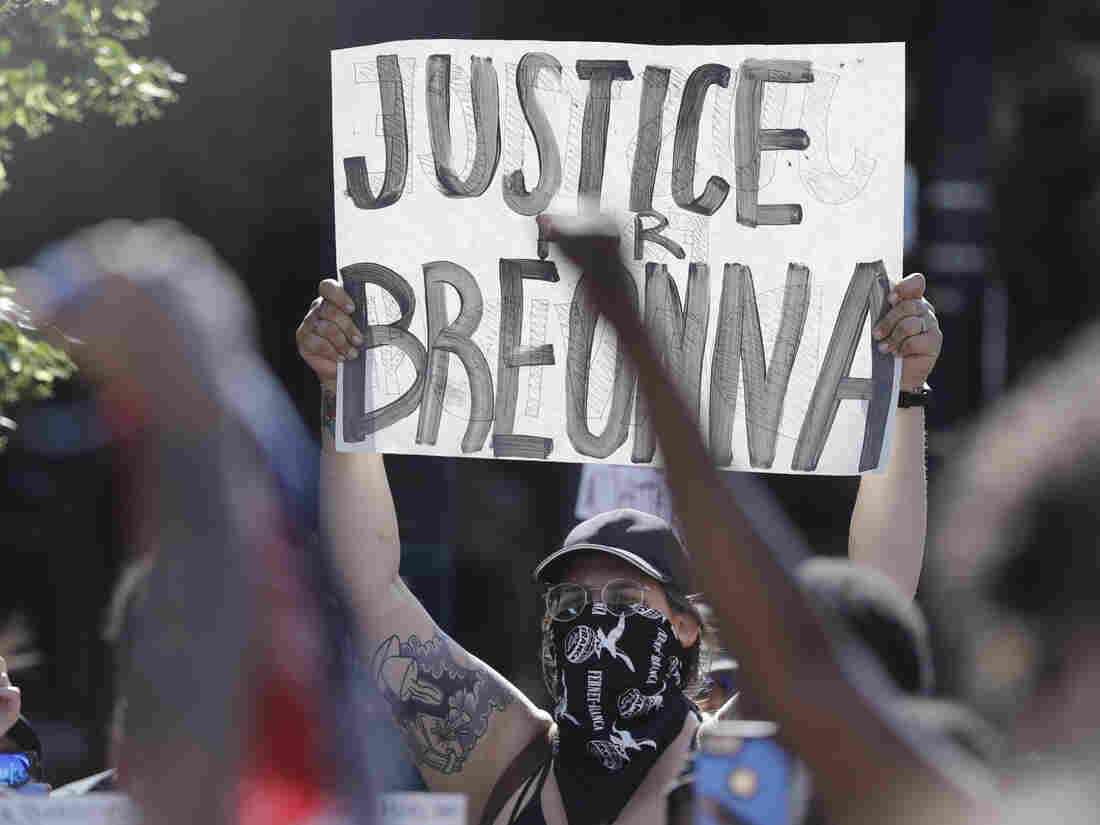 A protester holds a sign during a June 1 protest over the deaths of George Floyd in Minneapolis and Breonna Taylor in Louisville, Ky. Darron Cummings/AP hide caption 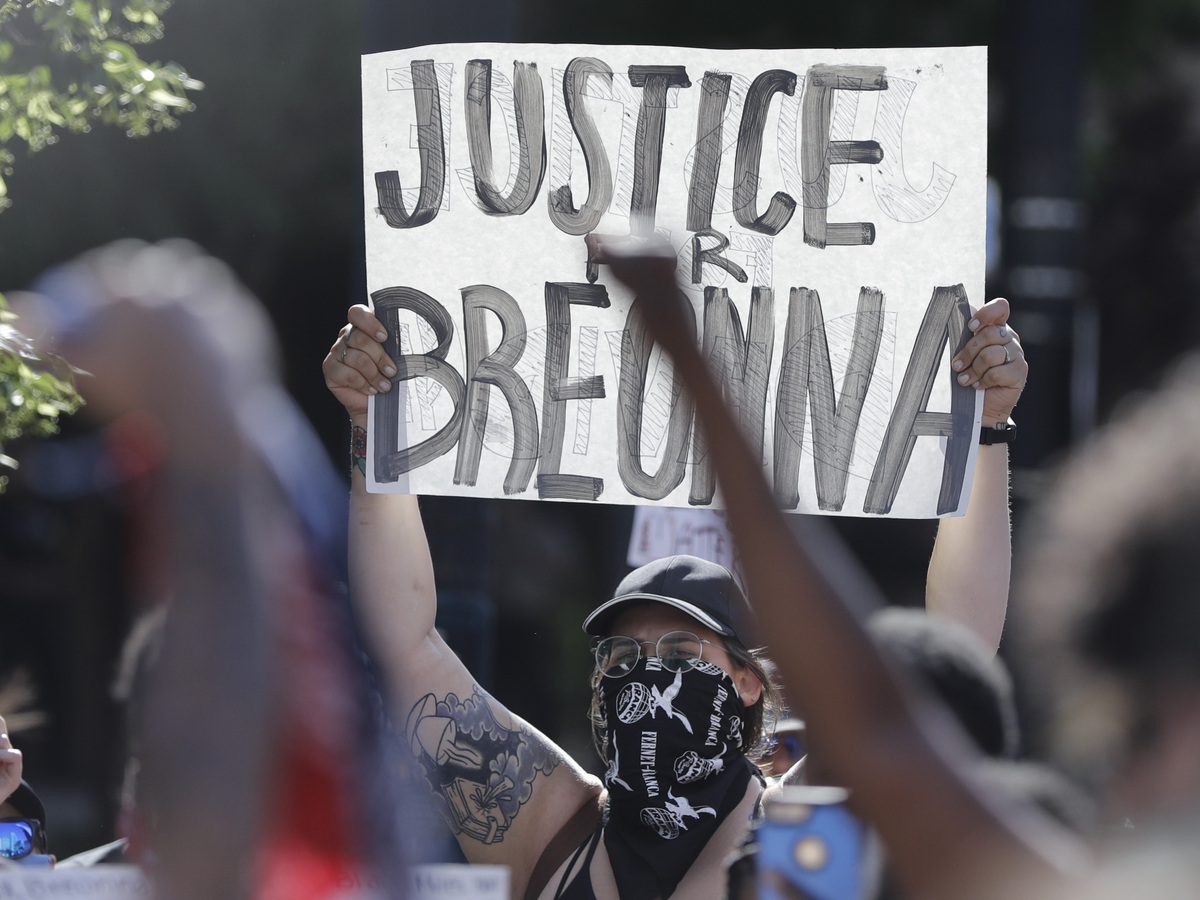 A protester holds a sign during a June 1 protest over the deaths of George Floyd in Minneapolis and Breonna Taylor in Louisville, Ky.

The Louisville, Ky., Metro Council has voted unanimously to ban no-knock warrants. The legislation was titled Breonna's Law, in honor of a woman who was killed during a raid on her home earlier this year.

Her death became one of the rallying points in protests against police violence, along with that of George Floyd, who was killed by police in Minneapolis in May. Crowds all over the country have chanted her name.

Breonna Taylor was at home at her apartment with her boyfriend, Kenneth Walker, on March 13 when police arrived to execute a warrant in the middle of the night. Walker reached for his gun and fired at police, according to his lawyers, because he mistook the entering officers for a robber. Officers returned fire and Taylor, 26, was shot multiple times and later died.

Walker was initially charged with attempted murder of an officer, but the charge has been dropped.

Taylor's family brought the case to public attention, suing the police, and calling her death an execution.

The legislation passed on Thursday also requires police to wear body cameras when serving warrants and to turn on the cameras five minutes before beginning the operation.

Louisville Mayor Greg Fischer vowed he would sign the ban into law as soon as it hits his desk, saying "risk to residents and officers with this kind of search outweigh any benefit."

I plan to sign Breonna’s Law as soon as it hits my desk. I suspended use of these warrants indefinitely last month, and wholeheartedly agree with Council that the risk to residents and officers with this kind of search outweigh any benefit. 1/2

"This is one of many critical steps on police reform that we've taken to create a more peaceful, just, compassionate and equitable community," he added.

Taylor's mom praised the city council for passing the law at a press conference.

"Breonna, that's all she wanted to do was to save lives," she said of her daughter, who was an EMT. "So with this law, she will be able to continue to do that. So we're grateful for that."

Bre, this is for you! 🙏🏾 #BreonnasLaw not only BANS no-knock warrants in Louisville, but also requires the use of body cameras by anyone executing a search warrant. Thank you all for your support in advocating for justice!! Let this be part of #BreonnaTaylor’s legacy. #SayHerName pic.twitter.com/yBozQ6QJBM

Benjamin Crump, an attorney representing Taylor's family, thanked "every supporter, every protester, every young activist" and everyone who said Breonna's name after the law was passed.

The three officers who were involved in the shooting have been placed on administrative leave during an investigation.