Accessibility links
Statue Of Winston Churchill Is Covered Up In London : Updates: The Fight Against Racial Injustice The monument had previously been defaced amid anti-racism demonstrations. The U.K. is embroiled in a debate over monuments to noted British imperialists and slave traders.

Statue Of Winston Churchill Is Covered Up In London

Statue Of Winston Churchill Is Covered Up In London 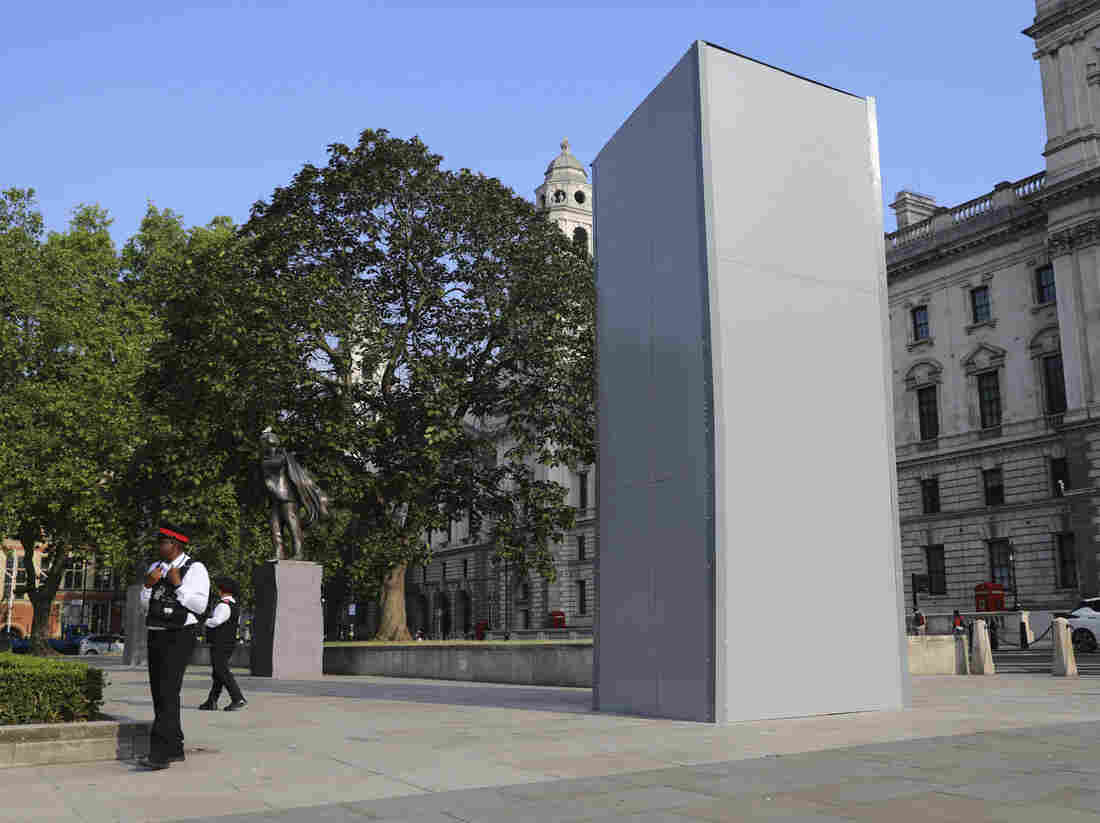 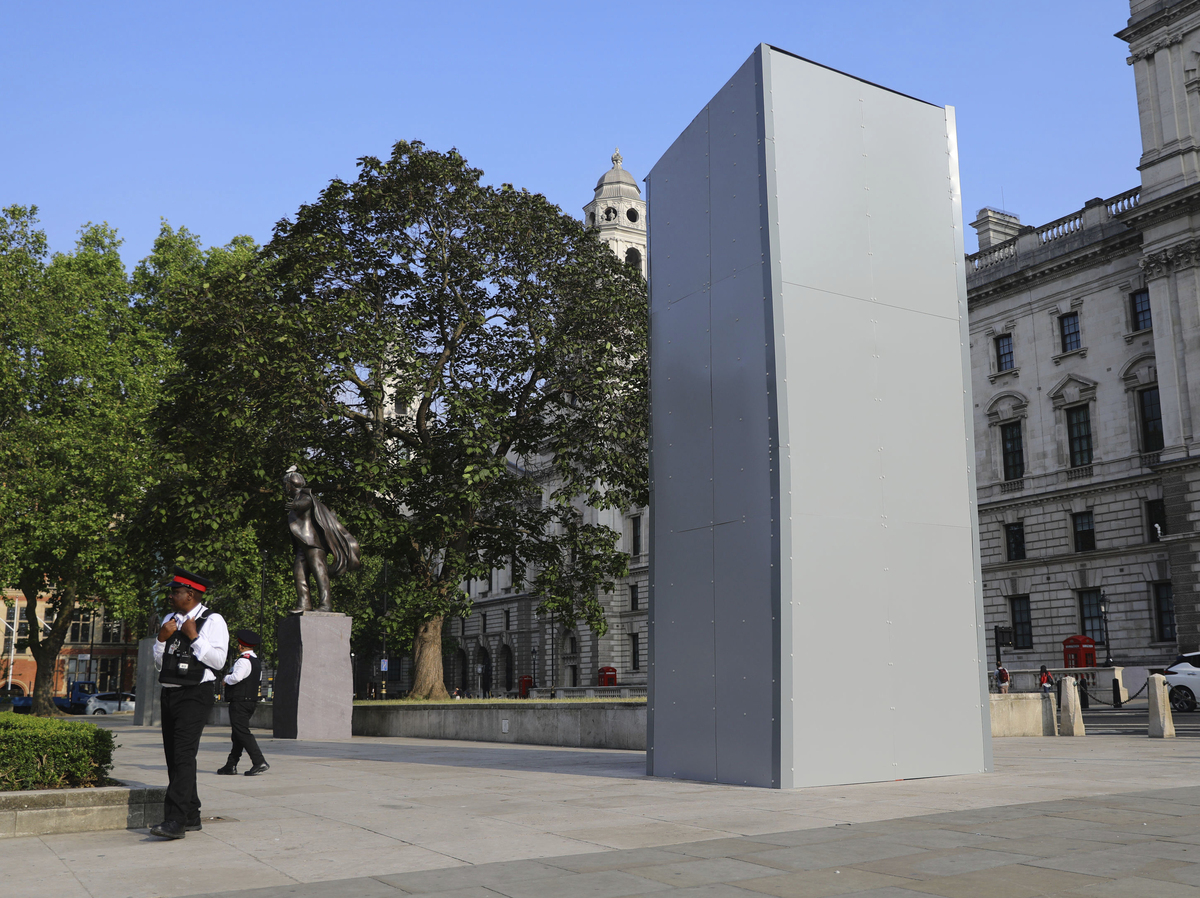 A protective covering was installed overnight to keep protesters from further damaging a statue of former British Prime Minister Winston Churchill in Parliament Square in London.

A prominent statue of Winston Churchill in London has been covered up over fears it could be vandalized, as it and other monuments in the U.K. have become a rallying point for anti-racism demonstrators.

Authorities fully encased the statue of Britain's wartime leader in the city's Parliament Square less than a week after it was defaced during a protest against the police killing of George Floyd in Minneapolis.

The total shrouding of the Churchill statue quickly drew rebuke from U.K. Prime Minister Boris Johnson, who called it "absurd and shameful that this national monument should today be at risk of attack by violent protestors."

"The statue of Winston Churchill in Parliament Square is a permanent reminder of his achievement in saving this country – and the whole of Europe – from a fascist and racist tyranny," Johnson tweeted on Friday.

A Black Lives Matter protest that had been planned for Saturday was canceled, as The Guardian reported, over safety concerns because of far-right counterdemonstrations planned for the same time.

The counterprotest organizers say they're holding a "defend our memorials" event, the newspaper reported.

On Friday, hundreds of people gathered in central London for a separate anti-racism demonstration, Reuters reported.

Last weekend, protesters spray-painted "was a racist" on the Churchill statue's plinth. 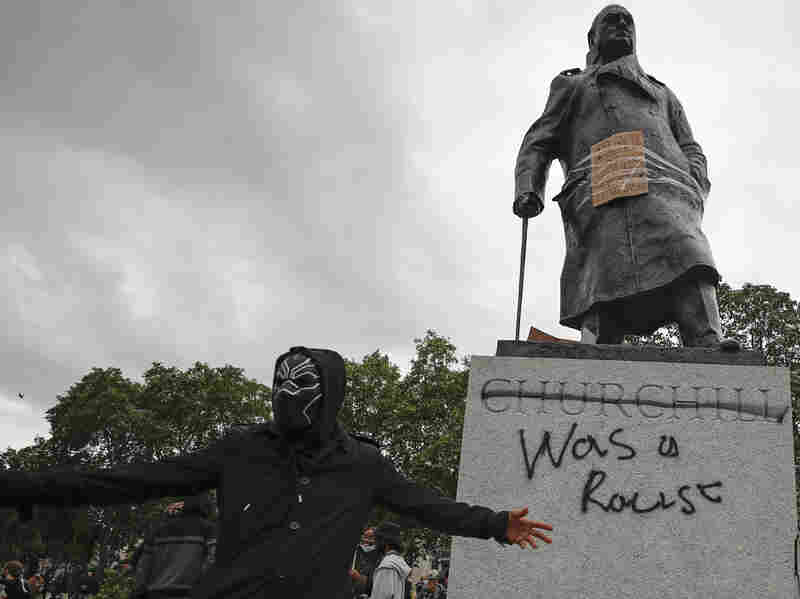 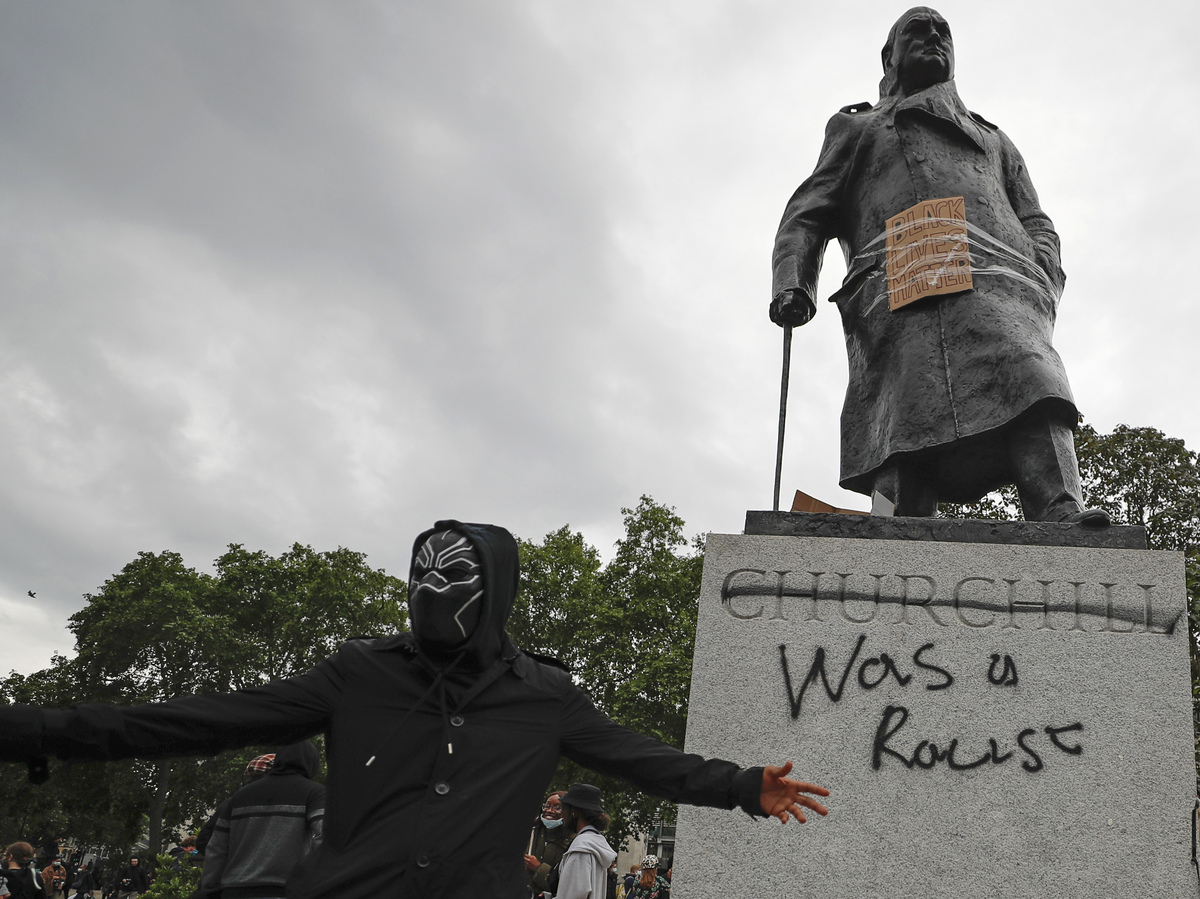 Protesters gather around the Winston Churchill statue in Parliament Square during a Black Lives Matter rally on Sunday in London.

Much like in the U.S., anti-racism protests reignited debate in the U.K. over monuments linked to racist practices throughout the country's history. Activists are calling for the removal of monuments to figures tied to the British slave trade and imperialism. In some cases, protesters have taken matters into their own hands.

In Bristol this week, protesters toppled a statue of Edward Colston, a British slave trader. There are also growing calls to remove a statue of noted imperialist Cecil Rhodes — namesake of the Rhodes Scholarship — from the Oxford University campus.

The record of Churchill, whose stewardship of the country during World War II is widely valorized, has long been controversial. He has faced particular scrutiny over statements and decisions he made regarding Britain's colonial endeavors and over his views about race and religion.

For example, the BBC noted, Churchill is quoted as saying that he did not think Native Americans or Aboriginal Australians had been mistreated and stated that "a stronger race, a higher-grade race, a more worldly wise race to put it that way, has come in and taken their place."

Churchill's policies are also believed to have contributed to a massive famine in 1943 then British-controlled Bengal.