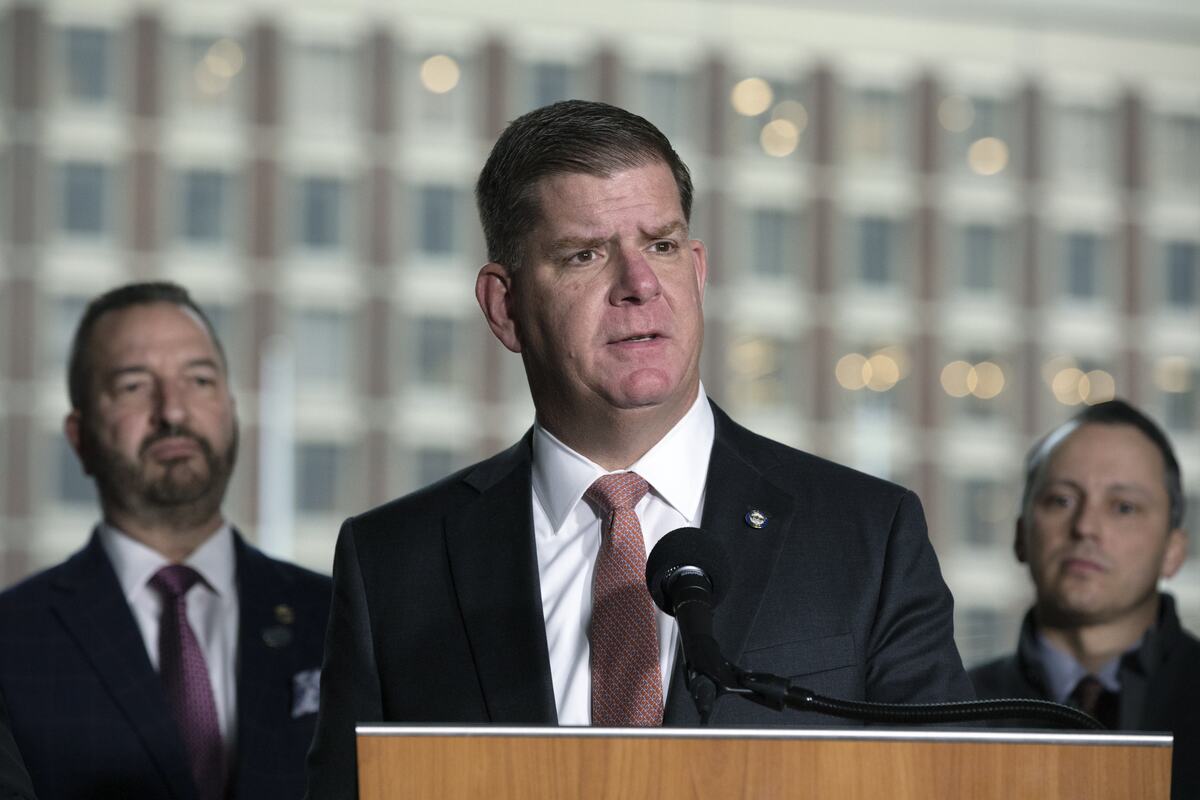 Mayor Marty Walsh on Friday declared racism a public health crisis in Boston. To tackle the emergency, Walsh said he will reallocate $3 million of the department's overtime budget to public health. Walsh said the decision comes after he listened to Black people — both in the Black Lives Matter movement and in his life — who shared with him "how racism shapes lives and hurts communities."

The transfer of $3 million from the city's police department to public health accounts for less than 1% of the Boston police's annual $414 million budget.

"We're determined to accelerate our work towards systemic change," Walsh said during a media conference. "What I'm announcing today is the beginning."

The mayor also said he would propose transferring an additional $9 million from the police department's overtime budget to initiatives around housing and counseling, as well as support for businesses owned by women and people of color, for a total of $12 million in changes to the overtime budget.

Walsh said he will also form a new task force to review, among other things, police use-of-force policies.

In response to Walsh's announcement, Boston Police Commissioner William Gross said his officers wear "too many hats anyway" and that if the community shares responsibility, there will naturally be less of a need to pay cops overtime.

Walsh also announced that the department will no longer subject officers to a scientifically unsound hair test that has been discredited in studies, and courts have ruled disproportionately affect people of color. The Massachusetts Supreme Judicial court last year ruled in favor of a Boston cadet who was bypassed by the department after taking the hair test.

Walsh said he will also form a new task force to review, among other things, police use-of-force policies.

"The main reason why the protests are happening is for the demand of the prosecution of police," said Brock Satter, with Mass Action Against Police Brutality.

While he said the money being transferred from BPD to the community is "a pittance," he did say it was a step in the right direction.

"Keep it coming," he said. "They can defund all they want, but if they don't punish police for the crimes they commit, police are just going to keep committing crimes."

Massachusetts Governor Charles Baker declined to say whether he would consider shifting the state police overtime budget in the same way Walsh has committed to doing in Boston. "I'm not a big believer, at the end of the day, that the right way to solve a number of problems is to so-called 'defund the police.'" Baker said he does believe in accountability and transparency.