Accessibility links
NASCAR Driver Bubba Wallace On Confederate Flag Ban: 'A Long Time Coming' : Live Updates: Protests For Racial Justice Bubba Wallace is the only black driver to race full time in NASCAR's top series. He tells All Things Considered that banning the Confederate flag will bring in people who felt uncomfortable before. 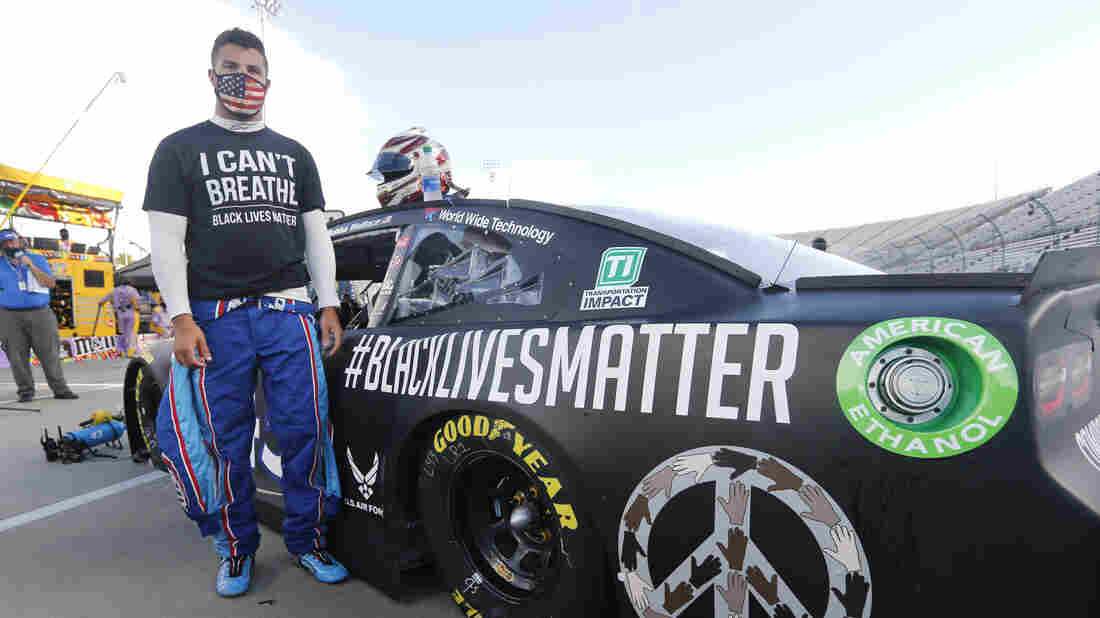 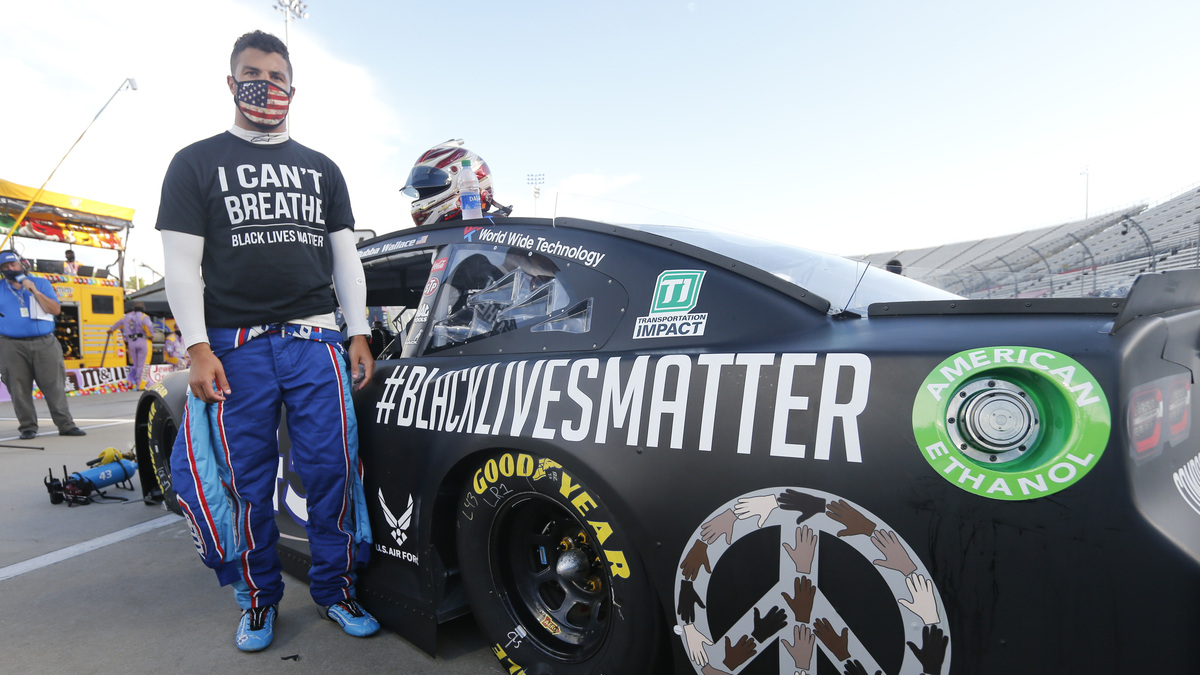 Bubba Wallace has yet to win a race in NASCAR's premier Cup series, but he's been thrust into the spotlight as the lone African American driver in a sport steeped in white Southern heritage.

Amid nationwide protests against systemic racism, Wallace on Monday called for NASCAR to ban the display of Confederate flags at its races. Two days later, it did.

"It's been a long time coming for sure," he said in an interview Friday with NPR's All Things Considered. "And I know a lot of people are satisfied with the direction and the choices that NASCAR would make to change the image and move forward with the message that we're trying to push across these days."

NASCAR has a long history with the Confederate flag. It's appeared everywhere from print ads to track flagpoles to the T-shirts and tattoos on spectators. Five years ago, NASCAR requested fans stop bringing Confederate flags to races, but didn't mandate it. Flags have still been present at many races.

Wallace, 26, says he was inspired to speak up after seeing social media posts and articles about potential new fans being turned off by what many regard as a hate symbol at the racetrack. He's been talking with NASCAR executives and other drivers about it as well.

He says the tipping point came after the death of Ahmaud Arbery, the 25-year-old black man who was pursued by three white men and then fatally shot while jogging in Glynn County, Ga. in February.

"It shook me to the core to a point where it kind of flipped a light switch inside of me," Wallace says.

At Sunday's race in Atlanta, Wallace wore a shirt with the words: "I Can't Breathe: Black Lives Matter."

Wallace got a lot of attention for the paint scheme, which is normally reserved for corporate sponsors. LeBron James and New Orleans Saints player Alvin Kamara gave online shout outs and retired NFL safety Bernard Pollard Jr. pledged to watch Wallace for the rest of the year.

Banning the Confederate flag was a "small step," Wallace says, but it means people "that felt uncomfortable can come back now and enjoy their time at a race."

There has already been some backlash, he says, but "that's the world we live in."

Wallace hopes the attention NASCAR is getting "may open the doors for new people to want to be a part of our sport now. ... We will learn and figure out ways to build off this to get a more diverse background on the racetrack and on the part of pit crews, even more there. We have a lot of guys from different backgrounds in pit crews and even in the front offices of NASCAR and race teams."

Listen to the audio version of the interview here.