Accessibility links
'Why Am I A Republican?' Conservative Analyst Questions GOP's Response To Protests : Live Updates: Protests For Racial Justice Shermichael Singleton, a black man, says he feels lately as if he has found himself in a "no-man's land" — caught between his own principles and a party that he says has wandered astray. 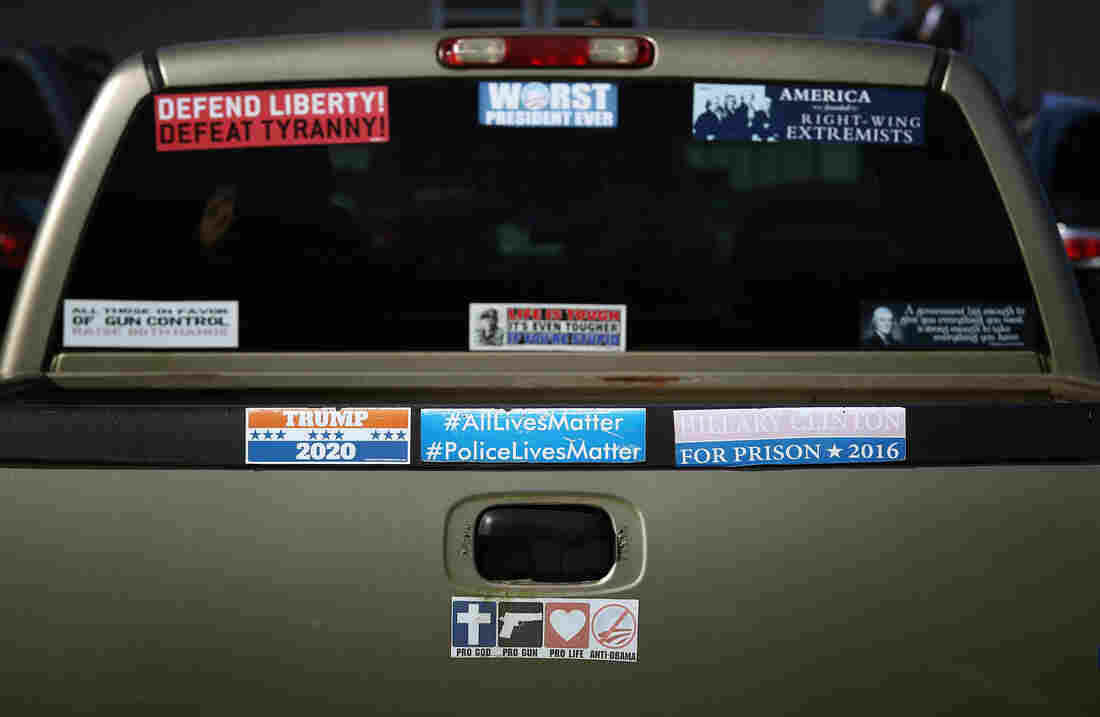 A pickup truck decorated with conservative- and Trump-supporting bumper stickers sits at a Republican campaign event in 2018. On Saturday, conservative political analyst Shermichael Singleton wonders where he fits in that party. Win McNamee/Getty Images hide caption 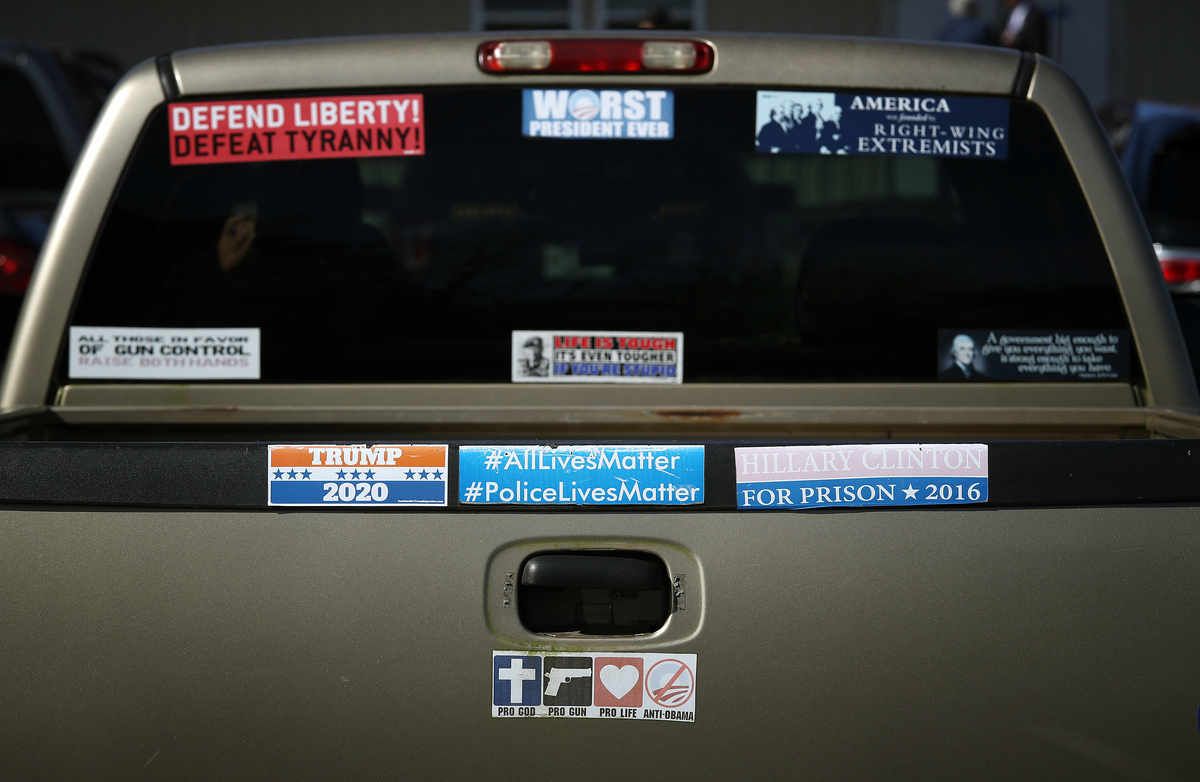 A pickup truck decorated with conservative- and Trump-supporting bumper stickers sits at a Republican campaign event in 2018. On Saturday, conservative political analyst Shermichael Singleton wonders where he fits in that party.

Shermichael Singleton isn't sure where he fits in the Republican Party anymore.

That didn't used to be the case. Singleton is an experienced conservative political analyst who has worked for plenty of prominent Republicans, including Newt Gingrich, Mitt Romney and Ben Carson.

But as a black man, he says he has watched with grief and disappointment as the GOP and many of its supporters have struggled to grapple with the recent protests over racial injustice and policing in the U.S. under President Trump.

For example, both before and after George Floyd's killing by Minneapolis police officers incited protests nationwide, Trump has made it clear that he supports and defends the Confederate memorials that have reemerged as flashpoints of controversy in the demonstrations.

Earlier this week, he vowed to block bipartisan congressional efforts to rename military bases that bear the names of Confederate generals, saying they stand for "a history of Winning, Victory, and Freedom."

Here is how Singleton — who has been a vocal critic of Trump — explained how he came to feel he is in a "no-man's land," alongside "many right-leaning and conservative individuals who are slowly finding themselves in that same position."

What are your feelings right now, as a human being, as a black man in America?

I am gravely disappointed about this moment in time we find ourselves in. I often have been taught by my parents ... that despite our differences — differences of race, that is — that our hopes and dreams in this country have always been the same. And that is to be free and explore every opportunity and to do things that those before us weren't capable or able to do.

And it appears to me in this particular moment that there still remains a significant percent of people who are traveling on a road so far removed from where I think many of us are, that it's heartfelt, it makes me grieve, it makes me sad, it makes me confused. ...

But I still have hope. I have to have hope in this country, because I know that the country that my grandparents and my great-grandparents lived in is no more; there's still remnants. And so my hope is that this time, we can clear those remnants so that as we go forward, there will be no more. So that when I have children, they won't have to deal with or imagine the things that I am currently dealing with now — not only as an African-American, but simply as as an American.

These things should stress us all out. They should give us all anxiety that we have not quite reached the pinnacle of what we are capable of reaching.

Has the Republican Party, which after all, founded in 1854 to expose the expansion of slavery, the party of [Abraham] Lincoln, Frederick Douglass, Jackie Robinson, Sen. Edward Brooke, Colin Powell and you, how did they become the party that defends the Confederate flag?

Again, this just goes to the greatest disappointment that I have and I think a lot of people in the Republican Party have become so reactionary in their views.

And it seems that the Republican Party under President Trump doesn't seem to recognize that. That is not conservative; that is reactionary. And I don't think we can tolerate those types of sentiments as we move forward. I just don't see how it's consistent with a country that's becoming so diverse demographically.