Accessibility links
New York Gov. Cuomo: Now Is The Time For 'Fundamental Redefinition' Of Policing : Live Updates: Protests For Racial Justice For years, the governor says, Democrats in the state didn't have the political or popular support to enact reforms. Now, lawmakers have passed sweeping police accountability and transparency measures. 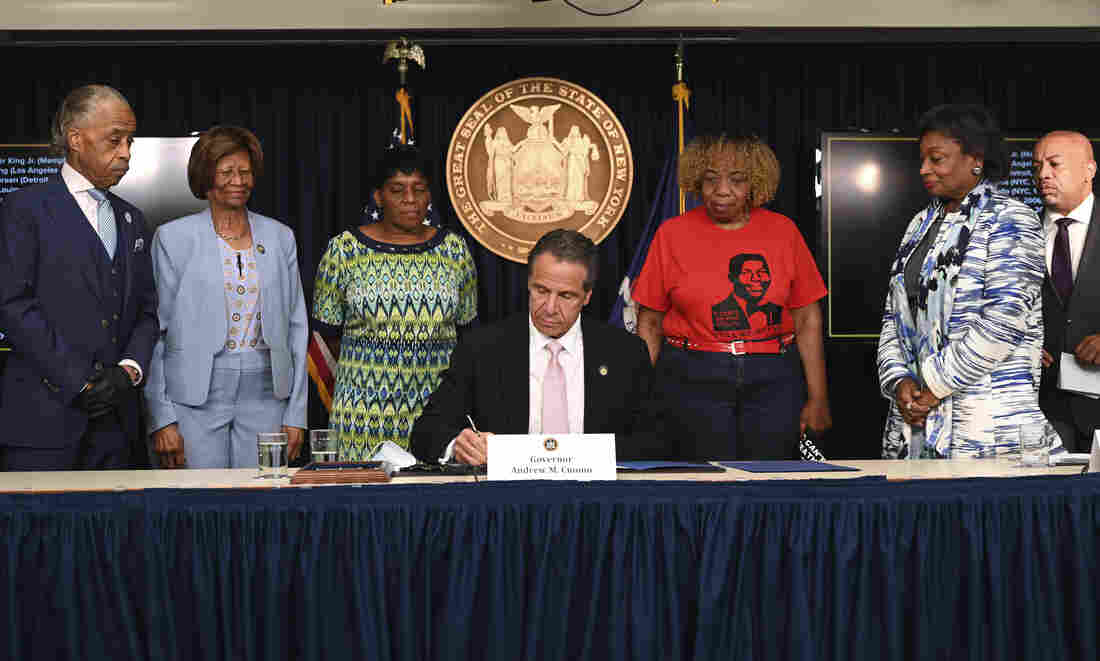 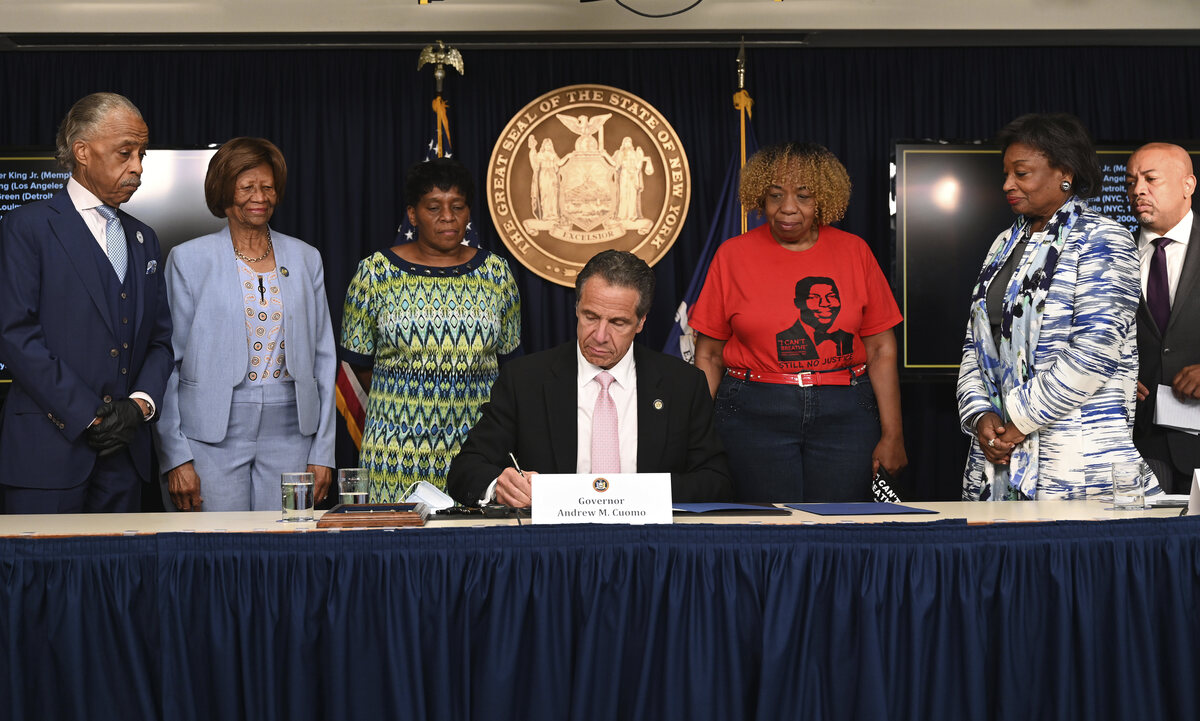 Lawmakers in New York have passed a sweeping package of police reform bills, which are some of the first statewide changes to law enforcement since the death of George Floyd in Minneapolis on Memorial Day.

The measures last week included new transparency on disciplinary records and making it a felony for police to use chokeholds. On Monday, Cuomo signed bills requiring officers to report within six hours of when they fire their weapons, requiring courts to gather demographic data and requiring police to give medical and mental health attention to people in custody.

As well, Gov. Andrew Cuomo issued an executive order requiring every local government — in collaboration with community members — to redesign the state's more than 500 police forces by April 2021 or risk losing state funding.

Cuomo has been governor since 2011 and before that, served as the state attorney general. But until now, he says in a interview with All Things Considered, he and other Democrats did not have the political and popular support to enact reforms.

Now, he says, is a different time.

"We have people who are rightly expressing outrage at the murder of Mr. Floyd. And we've had outrage before, but never like this. And it's a moment to make real change," he says. "Change comes when the people demand change and the government acts in that moment. Seize the moment, carpe momentum. And that's what we're trying to do."

When you signed the ban on chokeholds, you said there is no trust between the police and citizens. Do you think these measures go far enough to establish that trust or is there more that needs to be done?

Eighteen relatives of people who were killed by New York police wrote you an open letter saying it's not OK for you to try to take credit for the movement's work or to pretend you've been a champion for police reform. They write [that] over the years, you've been one of the most consistent obstacles. How do you respond to that?

People can say a lot of things, but some of the measures that we actually passed into law, I was already doing as executive actions. We made the attorney general the special prosecutor for police killings of unarmed people. I did that five years ago by executive order.

When you're the chief executive, you can do things by executive action. You can't legislate it unless you have, in this state, an Assembly and a Senate that are willing to pass it. People tend to think that a governor, [a] chief executive, can be a dictator. It doesn't work that way in a democracy. So you can take executive actions, but you need the political support to get a legislative body to actually pass those reforms.

Do you support the New York City Council's proposal to cut a billion dollars from the NYPD budget?

I don't think it's just about cutting a budget, just about passing a law here or there. I think it's time to sit down and redesign the entire police department. Before you cut the budget "X" amount, do it the other way. How many police do you want? What do you want them to do? What is your use-of-force policy? How do you end the bias in the police department? What kind of disciplinary procedure do you want? What kind of civilian review board do you want? Answer all of the above questions, not just one or two. This is a moment for change. But you then have to answer the question. We understand that people are not happy. Now, the follow-up is, what do you want to do about it?