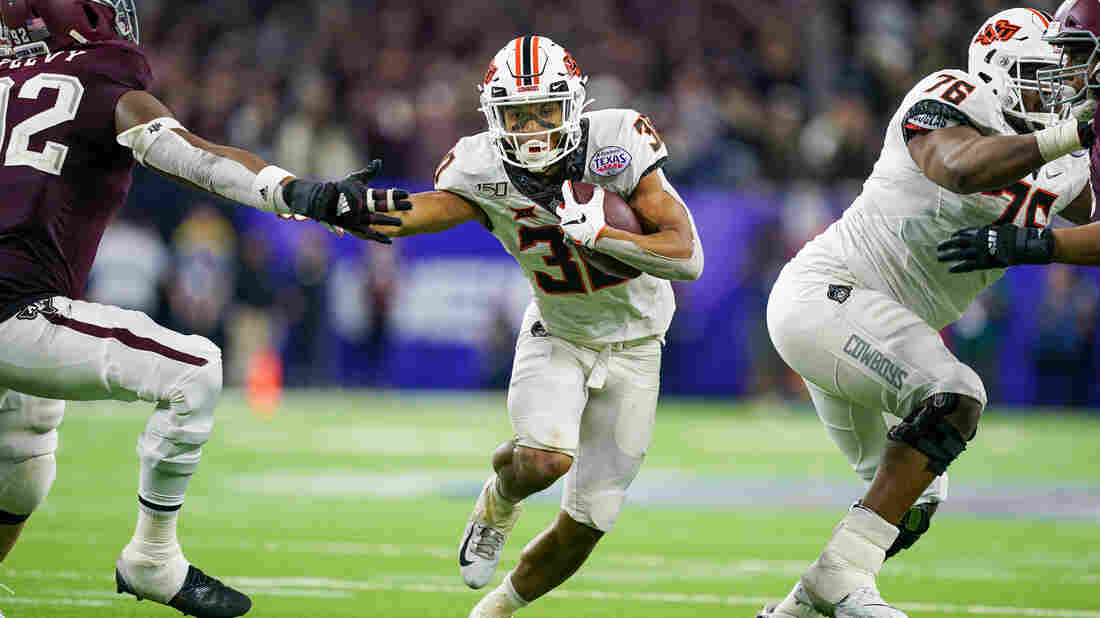 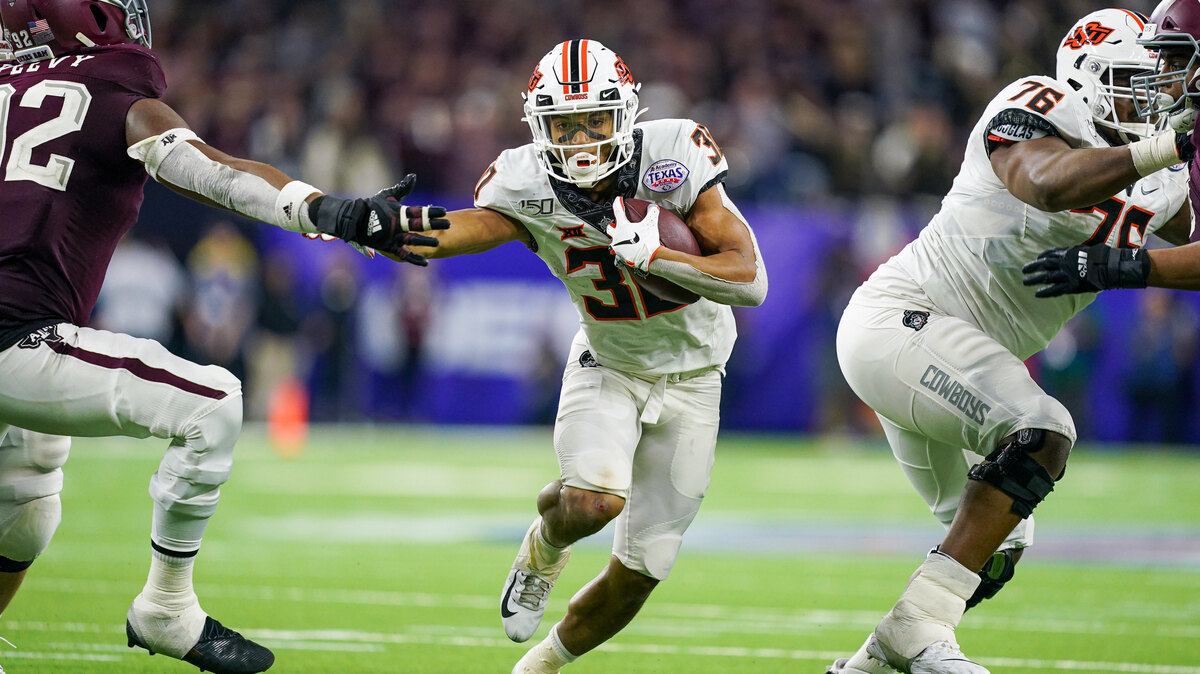 Oklahoma State running back Chuba Hubbard, who was college football's leading rusher last season, threatened on Monday to stop participating in the program in response to a photo released of his head coach wearing a shirt with the logo of a far-right television network.

But Hubbard apologized several hours later in a video with coach Mike Gundy, saying that he "went about it the wrong way" by taking to Twitter.

Gundy said he met with players who had complaints about the photo and is "looking forward to making some changes."

In the photo, Gundy is pictured on a fishing trip wearing a One America News Network shirt.

"This is completely insensitive to everything going on in society, and it's unacceptable," Hubbard said in his initial tweet. "I will not be doing anything with Oklahoma State until things CHANGE."

I will not stand for this.. This is completely insensitive to everything going on in society, and it’s unacceptable. I will not be doing anything with Oklahoma State until things CHANGE. https://t.co/psxPn4Khoq

Hubbard posted another tweet Monday night, saying that his foot was "still on the gas" and that "results are coming."

"I am a man and I realize I should have went to him [coach Gundy] as a man face to face rather than on twitter," he wrote in a separate statement Tuesday morning. "But I had to hold him accountable either way. I am glad things happened the way they did because things are being changed as we speak!"

Change is coming I promise you that. pic.twitter.com/wTGHtByh3N

The news channel, One America News Network (OAN), has a history of supporting President Trump and of spreading misinformation that favors the political right. It drew ire last week in the wake of an incident in which Buffalo police officers pushed down an elderly protester. The network characterized the incident as a potential "setup," and Trump tweeted in support of that idea. There is no evidence to support those claims.

Gundy has previously praised the OAN for not being as laden with "negativity" as some of the "mainstream media," according to The Oklahoman.

"There's no commentary," Gundy said of the network. "There's no opinions on this. There's no left. There's no right. They just reported the news. And I've been watching them the last week, because they're given us the news and given us more information — in my opinion — some of the positives are coming out."

Other college athletes have taken stands similar to Hubbard's in recent weeks. University of Texas at Austin players threatened to boycott donor and recruiting events if the university doesn't take steps to make the environment more welcoming to its black students, including changing the names of buildings named for people associated with the Confederacy.

For now, it is unclear what specific change will take place within the Oklahoma State program. Hubbard, who is also a sprinter for Team Canada, has spoken out about police violence and racism in recent weeks via his Twitter account.

NPR reached out to the program about the incident and received a statement from Oklahoma State President Burns Hargis in response.

"I hear and respect the concerns expressed by our Black student-athletes," Hargis wrote. "This is a time for unity of purpose to confront racial inequities and injustice. We will not tolerate insensitive behavior by anyone at Oklahoma State."

In a previous version of this story, we gave the incorrect date for some of the tweets. Chuba Hubbard's original tweet, his video with Mike Gundy and Hubbard's follow-up were made on Monday, not Tuesday. His longer statement was released Tuesday, not Wednesday.