Accessibility links
HUD Secretary Ben Carson Weighs In On George Floyd and Kneeling During Anthem : Updates: The Fight Against Racial Injustice The kneeling protests have gained renewed attention and debate since the police killing of George Floyd, which Carson described as a "murder taking place in front of our eyes."

Ben Carson On Whether Trump Will Ease Up On NFL Athletes Kneeling: 'He'll Get There'

Ben Carson On Whether Trump Will Ease Up On NFL Athletes Kneeling: 'He'll Get There' 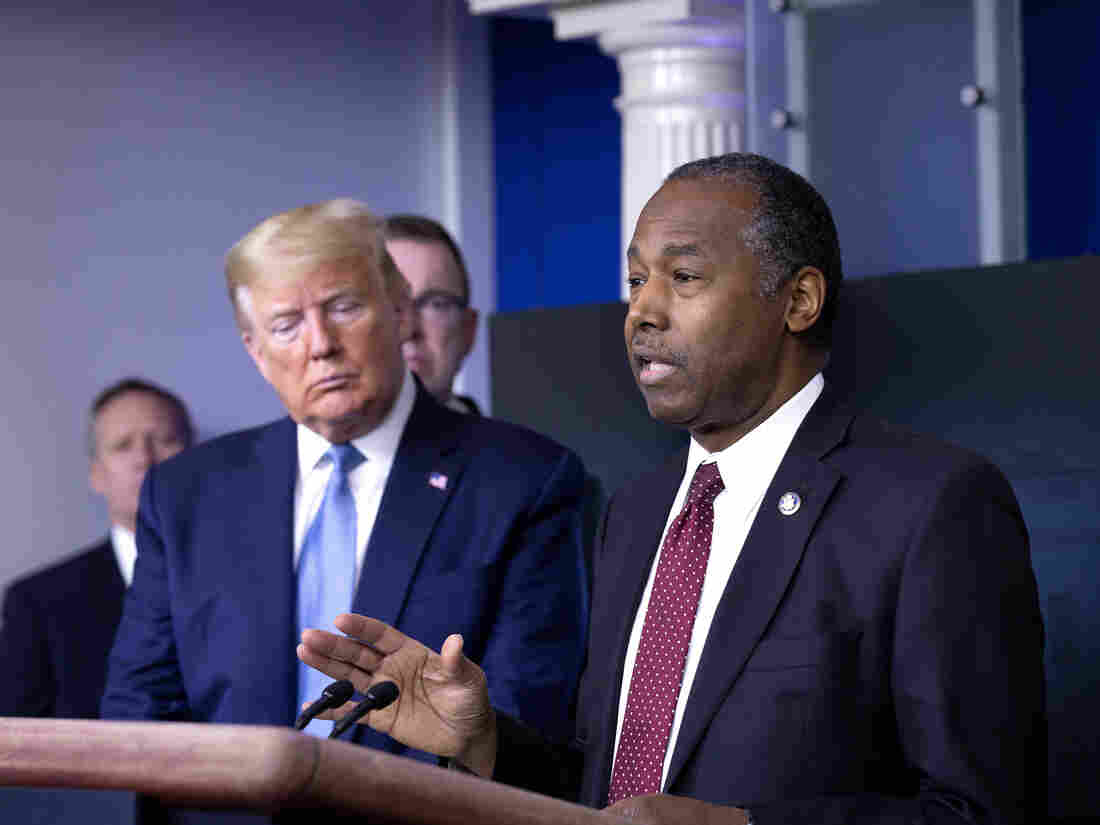 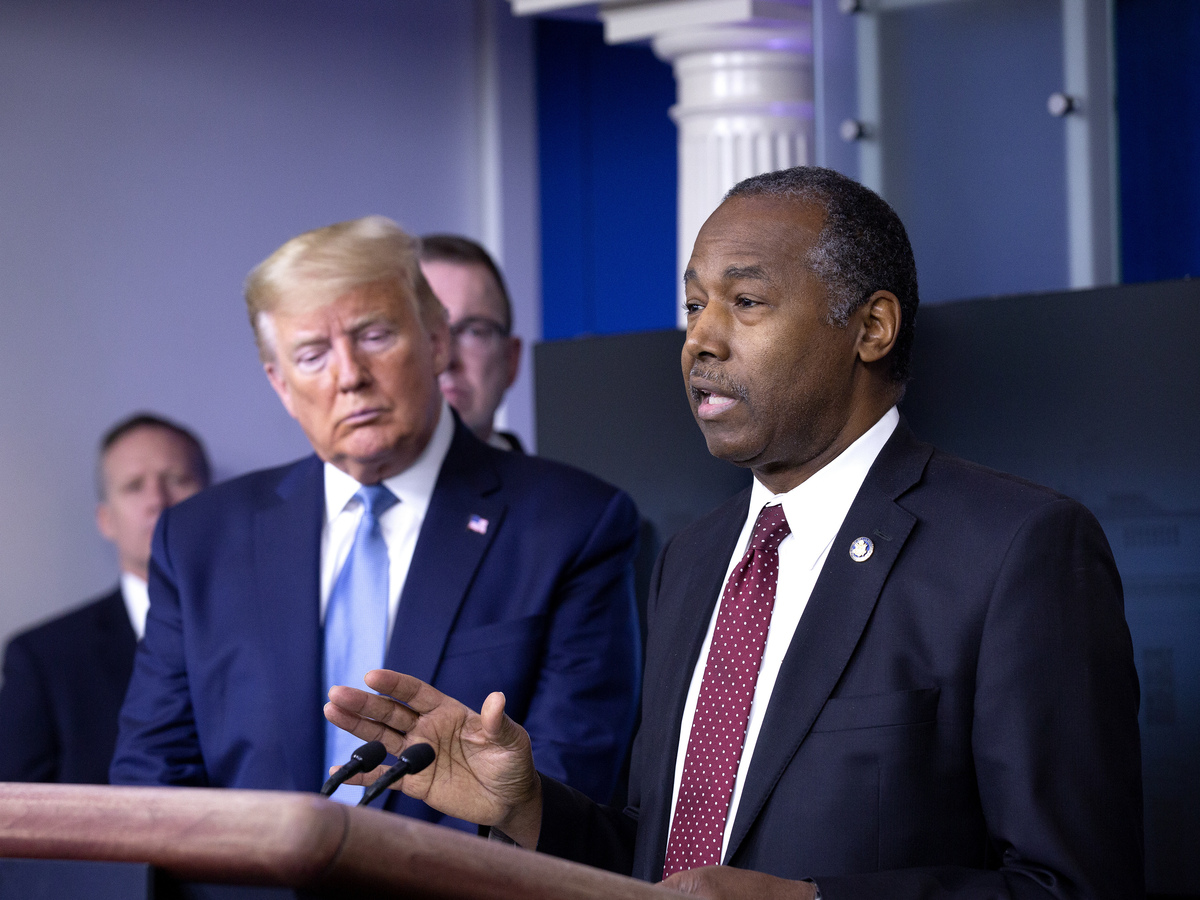 Ben Carson, secretary of Housing and Urban Development, right, speaks during a Coronavirus Task Force news conference in the briefing room of the White House in March.

Ben Carson, the U.S. Housing and Urban Development Secretary and lone African American in President Trump's cabinet, suggested that he's spoken with the president about professional athletes kneeling during the national anthem.

When asked whether Trump might ease up on his public hostilities towards athletes who take a knee, Carson responded, "He'll get there."

The subject of kneeling during the national anthem has gotten renewed attention recently, as protests continue over the death of George Floyd. The black man was killed last month when a white Minneapolis police officer knelt on his neck for more than eight minutes, and the incident was captured on video.

"We don't have to guess about this case," Carson said. "We saw the murder taking place in front of our eyes." The officer accused of the killing, Derek Chauvin, has been charged with second-degree murder.

Former NFL quarterback Colin Kaepernick first started kneeling during the national anthem during the 2016 season to call attention to injustices suffered by communities of color in the United States, particularly police brutality. The former San Francisco 49ers quarterback has gone unsigned by any NFL team the last three seasons.

Carson said in his interview with conservative talk show host Hugh Hewitt on Monday that if players are going to take a knee, they need to "make sure that people understand why they're kneeling."

He added, according to a transcript, "I think most of them are kneeling because you know, they want to protest some brutality in the police forces. They need to make that very clear."

Kaepernick and others have long stated their protests during the anthem were about that very topic.

Carson also said that now that there is more focus on policing, perhaps there may not be a need for the kneeling to continue.

When asked whether "we need more conversation and more explanation and fewer gestures," Carson responded that "that would help so much." He said it would be "amazing how good that would be."

The HUD secretary was pressed on whether he could persuade the president to not get upset at players who do kneel, and he responded, "I don't think he has manifested as much animosity in that region lately."

He added: "I think we just continue to work with him. He'll get there."

The president has recently reignited the culture war he helped elevate, using his Twitter feed to bash athletes or their leagues for allowing players to take part in protests during the playing of "The Star Spangled Banner."

Over the weekend Trump tweeted that he "won't be watching much anymore!" It was in response to a report that a close ally, Rep. Matt Gaetz, R-Fla., objected to U.S. Soccer repealing a ban on kneeling during the anthem.

Rep. Jim Jordan, R-Ohio, tweeted something similar over the weekend, but Trump took the opportunity to hit the NFL in his response.

"It looks like the NFL is heading in that direction also, but not with me watching!" Trump tweeted.

Roger Goodell, the NFL Commissioner, told ESPN on Monday that he'd support a team signing the Kaepernick, who led his team to their appearance in Super Bowl XLVII.

"Well, listen, if he wants to resume his career in the NFL, then obviously it's going to take a team to make that decision," Goodell said in the interview. "But I welcome that, support a club making that decision and encourage them to do that."