Accessibility links
NYPD Dismantles Aggressive Plainclothes Units : Updates: The Fight Against Racial Injustice Commissioner Dermot F. Shea says he will move toward more high tech, intelligence-based policing and away from "brute force." "It will be felt immediately in the communities that we protect," he says. 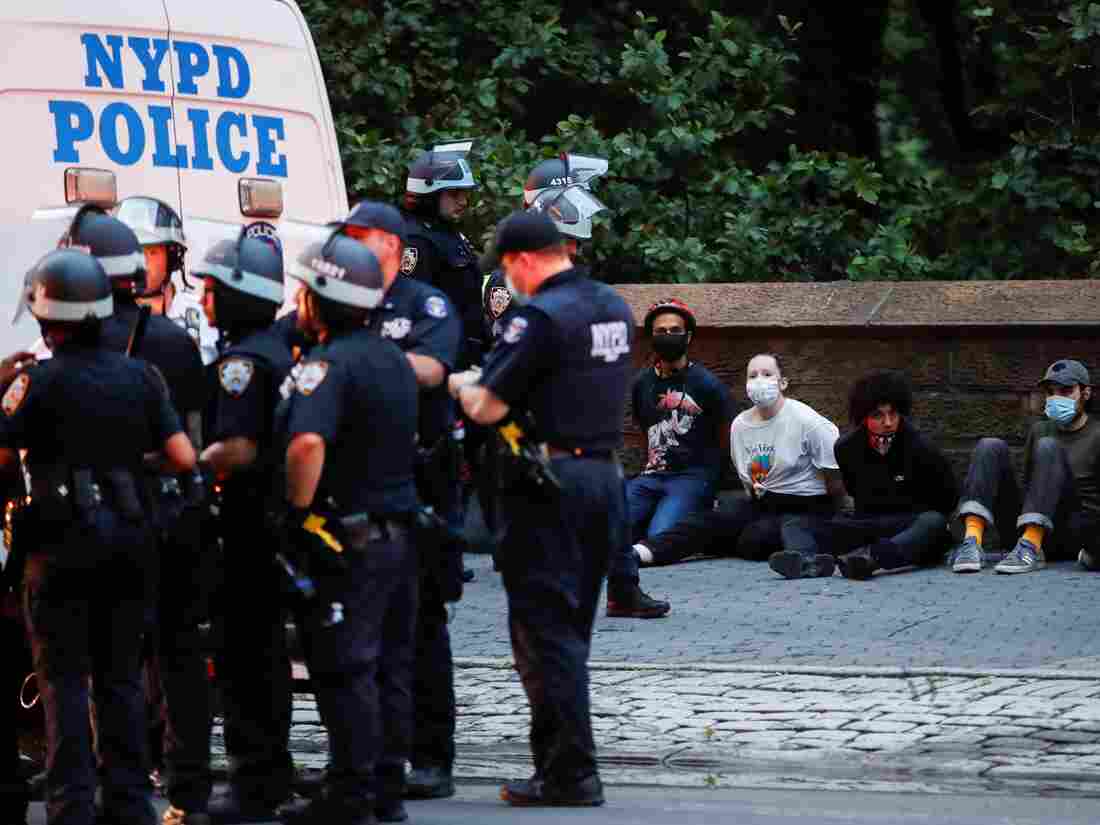 Protesters are arrested by NYPD officers for violating curfew beside the iconic Plaza Hotel on 59th Street, Wednesday, June 3, 2020, in the Manhattan borough of New York. John Minchillo/AP hide caption 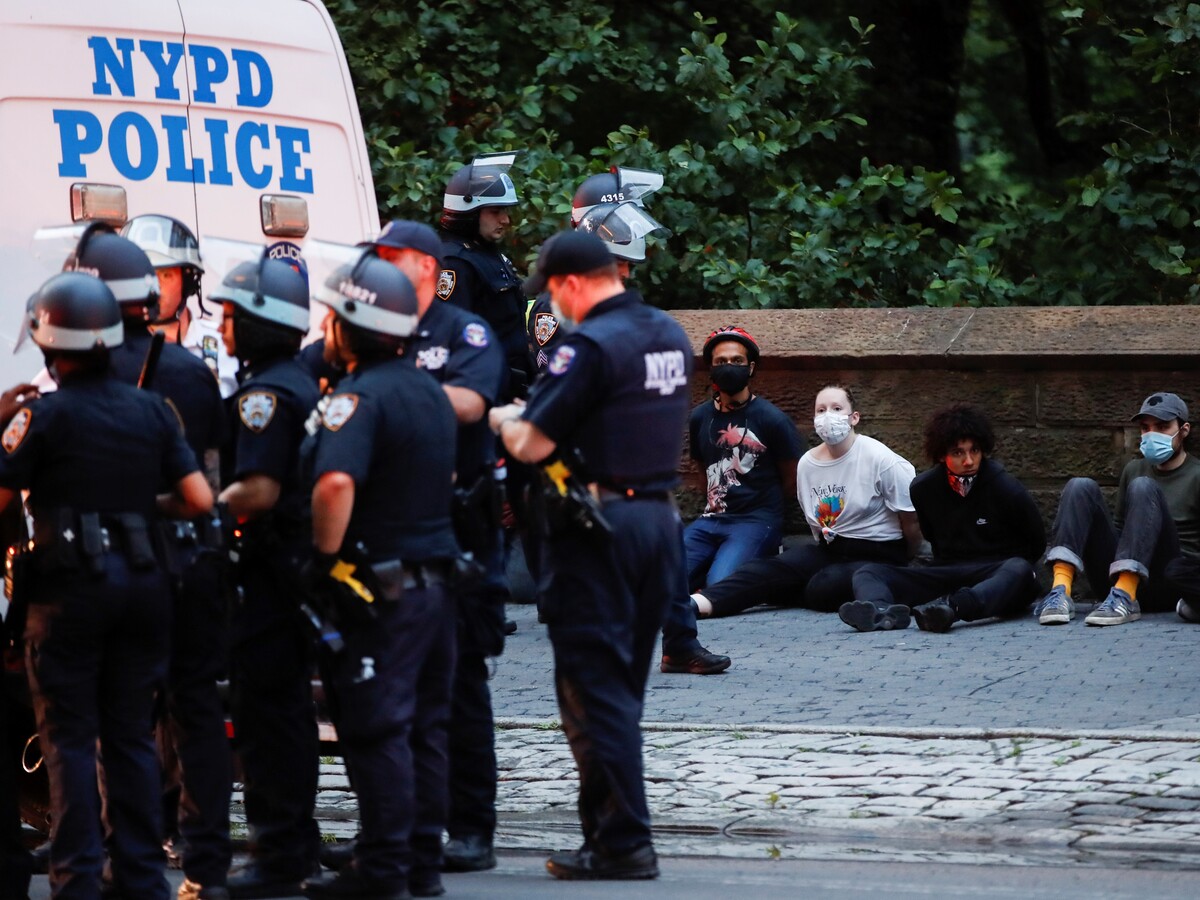 Protesters are arrested by NYPD officers for violating curfew beside the iconic Plaza Hotel on 59th Street, Wednesday, June 3, 2020, in the Manhattan borough of New York.

New York City is disbanding plainclothes anti-crime units that have a high rate of fatal shootings and civilian complaints.

"Make no mistake," Shea said. "This is a seismic shift in the culture of how the N.Y.P.D. polices this great city. It will be felt immediately in the communities that we protect."

Commissioner Shea made the surprise announcement on Monday that units would be broken up and reassigned to other teams. He said the units were a last vestige of the city's aggressive "stop-and-frisk" policy, which overwhelmingly targeted non-whites.

The unit, which included about 600 officers, was formed in the late 1990s. Members have been involved in some of the most notorious police killings of recent years, including the strangulation of Eric Garner in 2014. The disbanding of the anti-crime units comes one year after the officer who killed Garner was finally dismissed from the NYPD, but not charged with a crime.

Shea said the decision wasn't a reflection of the performance of the officers, whom he said had carried out his orders and those of past commissioners. The anti-crime units had been seen by the rank-and-file as elite groups, aggressively targeting violent criminals. Serving with the units had been seen as a route to promotion within the department.

New York has the country's largest police force. Since the protests sparked by the death of George Floyd in Minneapolis, New York state has undertaken the most significant changes to its police accountability rules in years. The state has made it a felony for the police to use choke-holds, and opened up officers' disciplinary records to public scrutiny. Both changes had been called for by activists for decades and opposed by police unions for an equally long time.

"Our city leaders have clearly decided that proactive policing isn't a priority anymore. They chose this strategy. They will have to reckon with the consequences," Lynch said in a statement.

Mayor Bill de Blasio condemned the PBA for standing in the way of progress toward racial justice.

"The history of American is policing very troubled and that history has to be overcome. It's not going to be overcome by sticking to traditions that didn't work," he said.

"This new approach will keep us safe but take a major step away from the division that was caused by overly aggressive policing in the past."